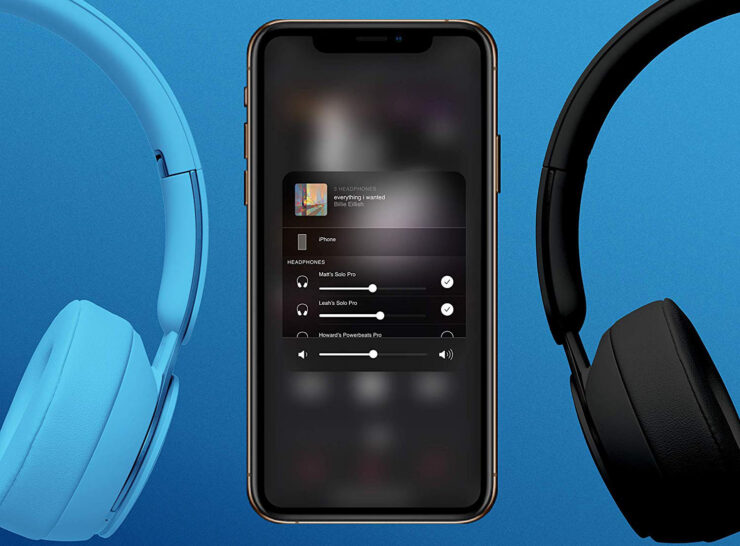 Apple’s AirPods Studio, the company’s rumored over-ear headphones, were expected to arrive earlier this year, but some quality control issues led to them getting delayed. According to the latest report, these might still arrive during Apple’s December 8 announcement, but the bad news is that we might not get to see the 2020 Apple TV.

According to AppleTrack, ‘multiple sources’ that wish to remain anonymous strongly believe that the technology giant’s over-ear headphones will be a part of the announcement in place of the 2020 Apple TV. These headphones will likely be a part of the AirPods branding, but the way AppleTrack has curated the report, it would appear that these might be given a different name. Regardless, the report does mention that these are rumored to be called the AirPods Studio, with Jon Prosser earlier stating that these will fetch a $349 price tag.

The price is highly competitive and should allow Apple to take on premium headphone makers such as Sony and Bose. If the price doesn’t attract you, then the design might, at least according to previously made renders. These images show the AirPods Studio sport a design like no other, coupled with a metallic build, with leather present at a few places, along with magnetic earcups. Users should also be able to customize their headphones by switching the earcups with different colors and schemes to match their style.

Unfortunately, just because you’ll get to see the rumored AirPods Studio doesn’t mean that the 2020 Apple TV will arrive, though one tipster believes that the latter will start shipping this week. In fact, Jon Prosser tweeted out earlier this year that we shouldn’t expect a new Apple TV in 2020, suggesting that the new hardware will likely arrive in 2021.

Since there’s a lot of uncertainty in the air right now, we recommend our readers treat this report with a pinch of salt for now. After all, there are only a couple of hours remaining for the announcement to occur, so we’ll know soon enough what’s arriving and what isn’t.