After Samsung's launch of the Galaxy Note 5 and the Galaxy S6 Edge Plus three days back, focus in the leak world seems to have shifted to upcoming processors. We've been seeing a ton of information surface which claims to to show benchmark specifications for chipsets which have been rumored for a while, and now its the turn of Apple's upcoming A9, which is expected to be featured in the iPhone 6s duo. 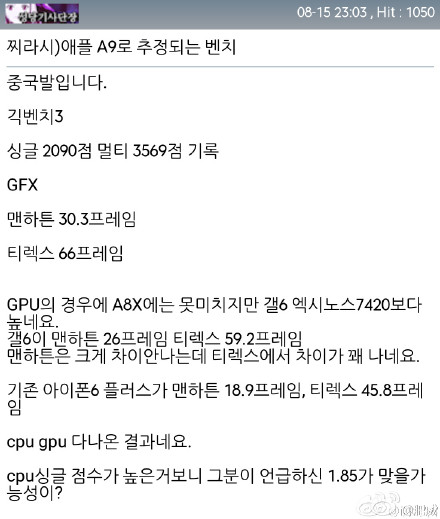 Apple's A9 And A9X Benchmark Scores Surface In Latest Leak

If you're even the least bit interested in Apple's upcoming devices, then you'd also be very interested in some benchmarks scores that we've managed to get our hands on today. Taking a look at the scores above, we see the Apple A9 achieve 2090 points for GeekBench single core and 3569 for multi-threaded, which marks a significant increase over Apple's current A8 processor found in the iPhone 6 duo. Manhattan and T-Rex Offscreen scores for the Apple A9 are 30.3 and 66 fps respectively. Compared to the A8, this is an upgrade of 28.5% for performance and a more impressive 60% for the GPU. 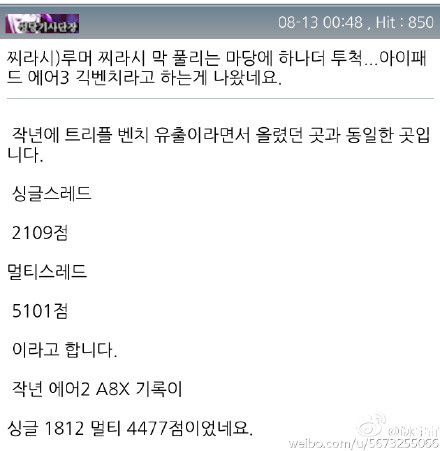 While we've been hearing some rumors that Apple might not be looking at an iPad Air upgrade this year, that doesn't stop some benchmarks scores of the expected processor on Apple's device. With the A8X last year, Apple managed to impress quite a few industry watchers with its hardware prowess and today's A9X scores look to further build upon this as well.

The A9X manages to achieve single and multi core scores of 2109 and 5101 respectively, which also marks an improvement over its predecessor, the A8X. While there are no details yet on whether the A9X will also be following Apple's tri-core Cyclone architecture, these scores show an increase of 297 and 624 points over the A8X, so Apple seems to be heading in the right direction as for now. We'll know more when Apple finally launches the iPhone 6s duo this September. Until then, stay tuned and let us know what you think in the comments section below.