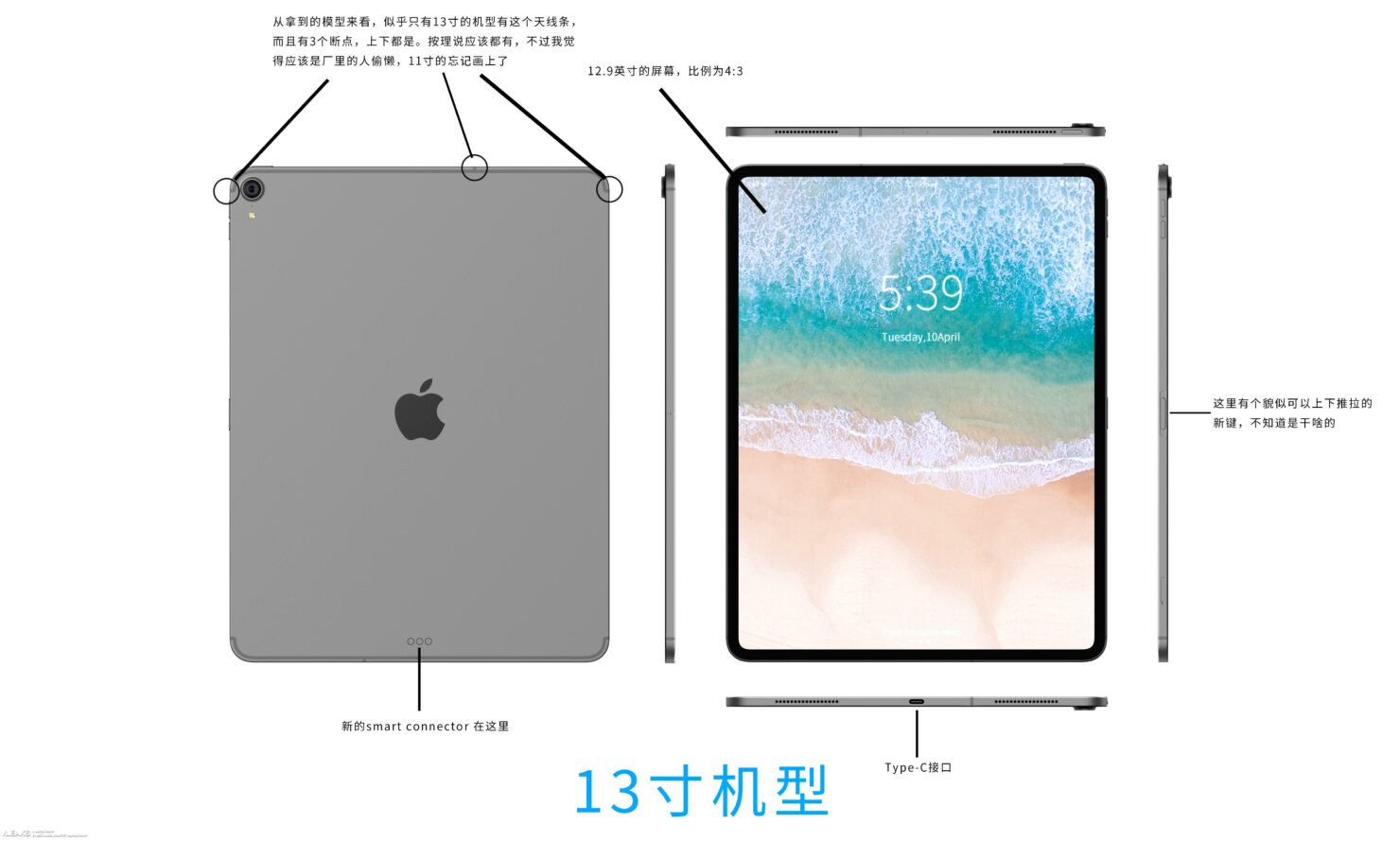 After Apple's September iPhone upgrade, the company is also rumored to launch new iPads next month. Tim Cook and his board have decided to upgrade Apple's entire portfolio of products this year - and the iPad has already seen one new tablet launched earlier this year as Apple chose to enter the education sector. Now, it's looking as if things have entered the final stages for the iPad Pro. Take a look below for more details.

These past few weeks have provided us with a lot of details for Apple's upcoming iPads. The iPad Pro lineup will get a much-awaited upgrade this year after Apple introduced its first 7nm mobile processor. Apple's A12 upgraded the An SoC lineup's GPU and Neural processing capabilities. Now, these upgrades will showcase their true potential on the A12X - the rumored processor for the upcoming iPads.

Today we've got quite a few CAD images for the upcoming iPad Pro refresh. They appear to be straight off the manufacturing line and confirm several reported details for the tablets. One important change expected for the iPad Pro is a USB Type-C port, which will replace its lightning connector. This and other rumored features are visible in today's CAD render leak.

After launching its second generation of iPhones with Face ID, Apple will now migrate the feature to the iPad. It took Apple a year to introduce Touch ID on the iPad Air 2 after it introduced the sensor on the iPhone 5S in 2013. Now, today's leaked images lend further credence to earlier reports that Face ID will make it to the iPad. While the True Depth camera's notch isn't visible in the renders, the absence of a physical fingerprint sensor on the front of the tablet(s) in the images strongly suggests that Face ID is on its way.

Today's leak also provides dimensions of the two tablets. According to the leak, the 11" iPad Pro will measure 178.52x247.64mm, while the larger 13" model will measure 215x280.66, and it's this variant that comes with a big surprise. If you look closely at the first two images in the gallery above, you'll notice that only the larger iPad has cellular antennas.

The corresponding Chinese text on the first image supports the inference that only the larger iPad will feature cellular network connectivity. This is a big surprise and is likely motivated by design constraints. Both of the iPads follow an 'industrial' theme for aesthetics, with sharp edges and thin form factors. Finally, today's leak also mentions a 5.86mm thickness, although we're not certain which tablet it's referring to. As mentioned here, this will most likely be the smaller 11" iPad Pro.