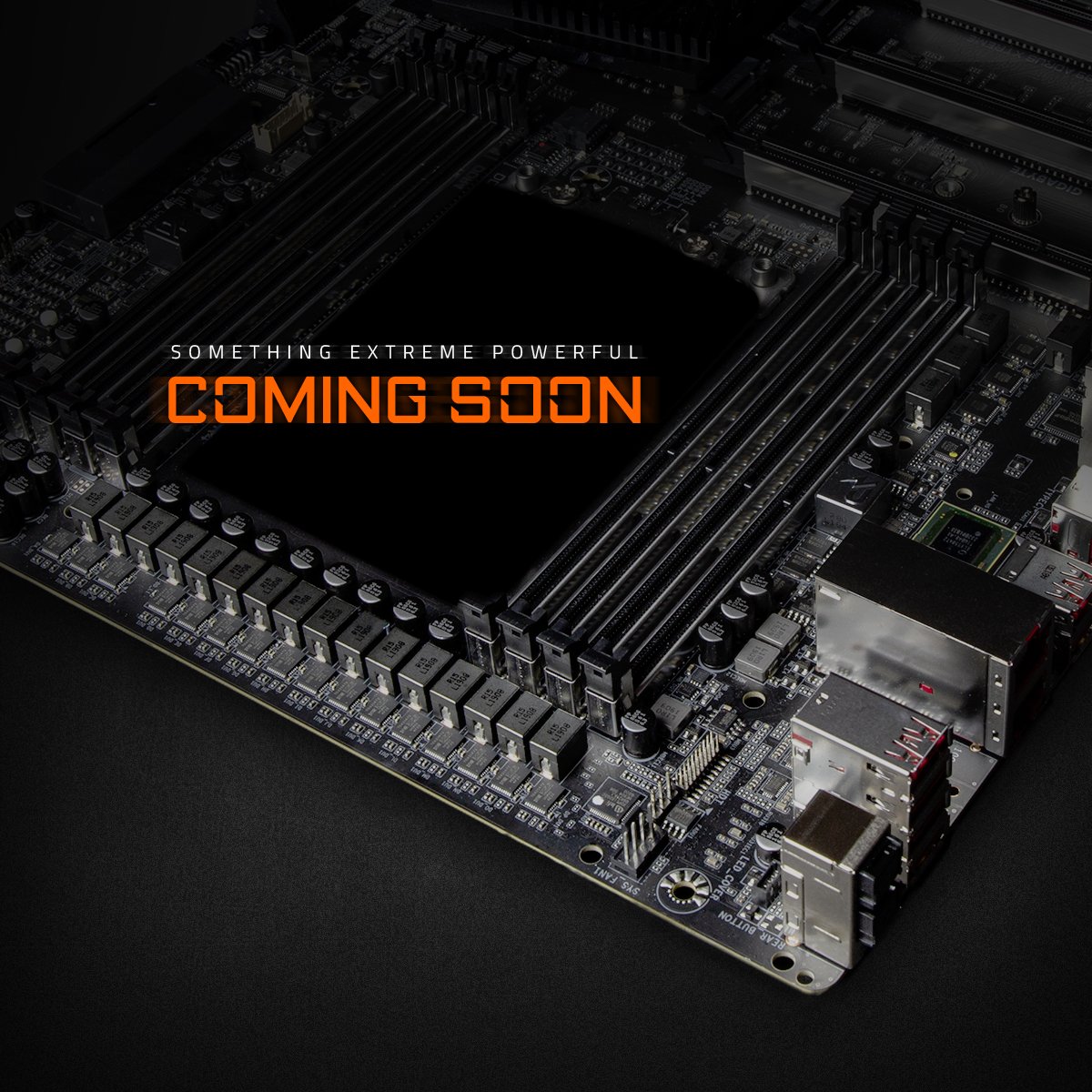 AORUS has once again teased their flagship TRX40 XTREME motherboard that is designed for the 3rd Gen AMD Ryzen Threadripper processor lineup. We already got a good look at the board but AORUS has decided to unveil its impressive power layout in the latest teaser.

Something thing that can immediately be spotted in the latest teaser is the power delivery system. It looks like the TRX40 AORUS XTREME would be fitted with an outstanding 16 phase power layout which will be powered by a range of 8-pin CPU connectors (not shown yet). The motherboard socket looks very similar to the existing TR4 socket featured on X399 motherboards. Even the mounting mechanism is similar to the one featured on current TR4 motherboards. What we have heard is that the configuration for the pins will be different on the new socket hence it will be termed as sTRX4. There are reports that have suggested that the socket wouldn't support the previous-gen Threadripper CPUs, but those are just rumors and nothing is currently set in the stone. 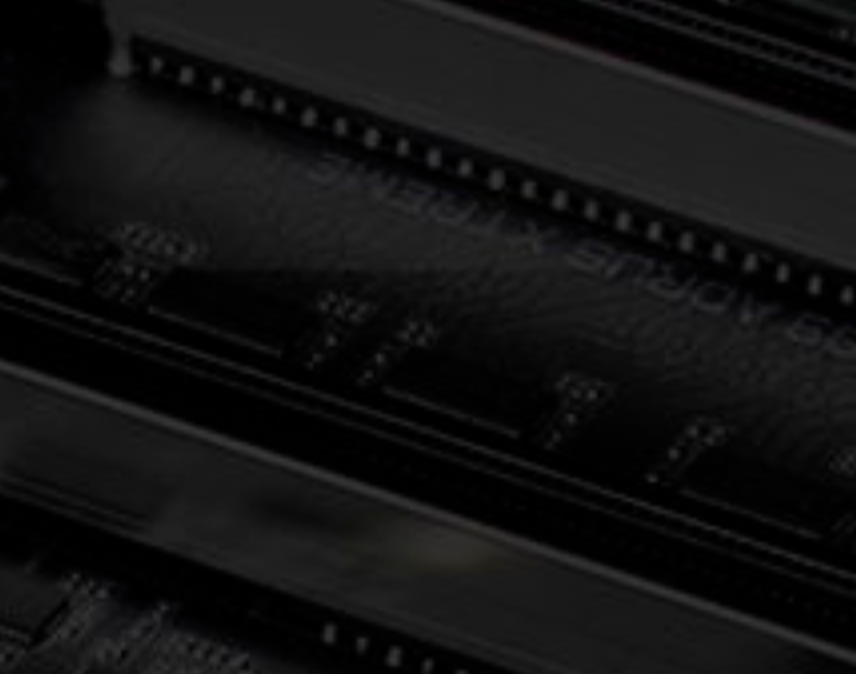 One thing that I noticed is that the TRX40 AORUS XTREME motherboard carries the '*99' naming scheme which may be due to an early production sample. There were rumors earlier that AMD could offer the X399 replacement with X499 / X599 branding but those have since been replaced by TRX40 and WRX80 naming schemes.

Moving on, we have eight DDR4 DIMM slots that will be able to support 32 GB modules for a total capacity of up to 256 GB. I can spot a large heatsink array featured on the top of the VRMs area along with a proper aluminum stacked-fin heatsink near the I/O slots and a regular heatsink with plastic cover on the right side of the motherboard. The heatsink cover on the right has a heat pipe running through it. The same Heatpipe runs through all four heatsinks and ends up in the main PCH heatsink which comes with active cooling. 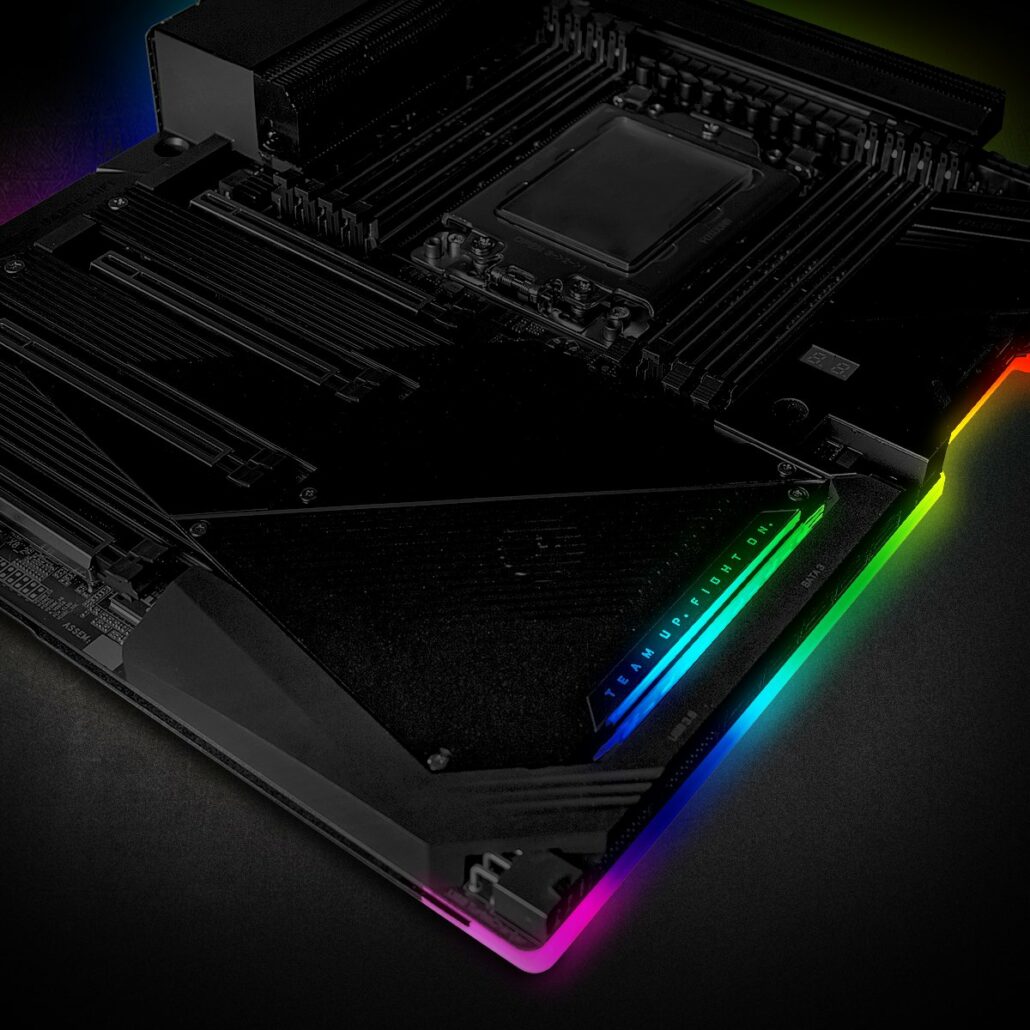