As reported earlier, hacktivist group "Anonymous" had vowed an "electronic holocaust" against Israel on April 7th. The group had released a video on YouTube threatening Israel that it would erase the country from cyberspace. Today, the group has hacked several of Israel's websites including dozens of governmental websites, Israeli court, education ministry, and the parliament portal, leaking the details publicly on the Internet. 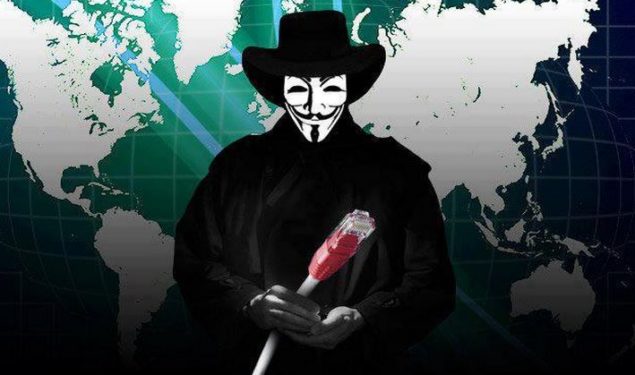 Cyber attacks against Israel under #OpIsrael:

This is the 4th year that Anonymous is launching cyber attack on Israel in response to the "crimes in the Palestinian territories" committed by Israel. This #opIsrael attack is launched just before "Yom HaShoah", Holocaust Remembrance Day on April 16. Anonymous group has shared following details of today's cyber attack:

The group replaces the hacked sites by their own message signed by "AnonGhost". Anonymous also published credentials of around 6,000 Israeli routers publicly on the Internet.

As was reported earlier too, Israel's official position on the matter is that the country is used to these attacks and has strengthened its cyber networks. However, every year the group manages to hack several entities of the country. Israel's Computer Emergency Response Team (CERT) issued a statement saying that no major government sites were affected as they had known about the attack already. Israeli Security Agency and the National Cyber Defense Center are also providing guidelines to civilian websites to help them defend against the cyber attacks.

The aim of the hacktivist group is to highlight the issue of Palestine and to expose Israel's barbarity in the region. The YouTube video that declared of the "Electronic Holocaust" had also declared its support with the Palestinian youth who were called as "symbol of freedom" in the recorded video.