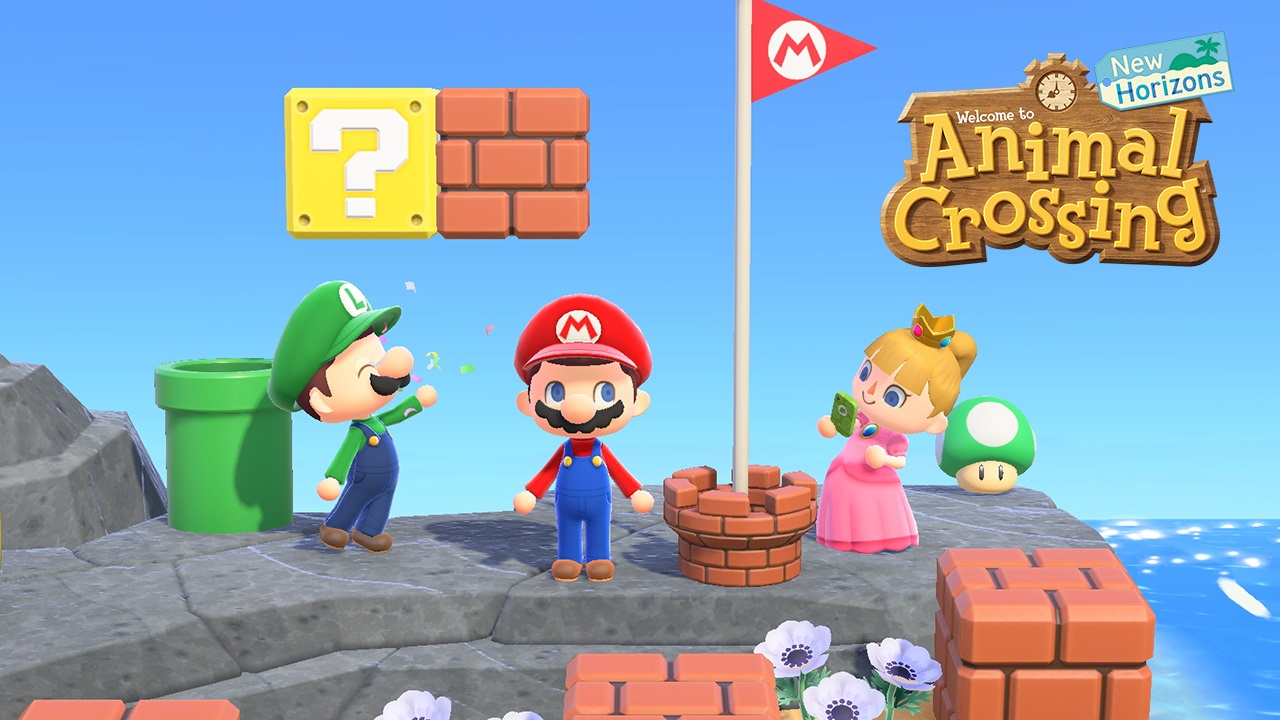 The update is being rolled out globally as we speak so be sure to check your Switch system if the update is already available in your region. Patch notes haven’t been shared just yet, but we do know that this new update adds support for the previously announced Super Mario Bros.-themed furniture and fashion items.

The new Mario-themed items can be ordered within the game starting March 1st and includes various furniture items, clothes, wallpapers, and rugs. In addition to these new items, the update adds the iconic Super Mario Warp Pipe which allows players to warp to other places on the island.

We’ll update this post as soon as the official English release notes for this new update are released. For now, we've included the official Japanese patch notes (Google translated):

If the version notation on the upper right of the software title screen is “Ver. 1.8.0”, it has been updated.

Collaboration items have been added to match the “35th Anniversary of Super Mario Bros.”
You can order from Nook Shopping after March 1, 2021.

The following elements have been added:

After performing communication play with Ver. 1.7.0, when you select the user’s icon (My Page) in the HOME menu and select “Add friend” → “Search from people who played with you” to see the other party Fixed a bug that the nickname of “User” of Nintendo Switch was displayed in “Name in game” of “Software played together”.

In addition, we have made adjustments and fixed bugs so that you can play the game comfortably.

Animal Crossing New Horizons is available globally now for the Nintendo Switch. The game was released back in March of last year and has been selling incredibly well ever since.