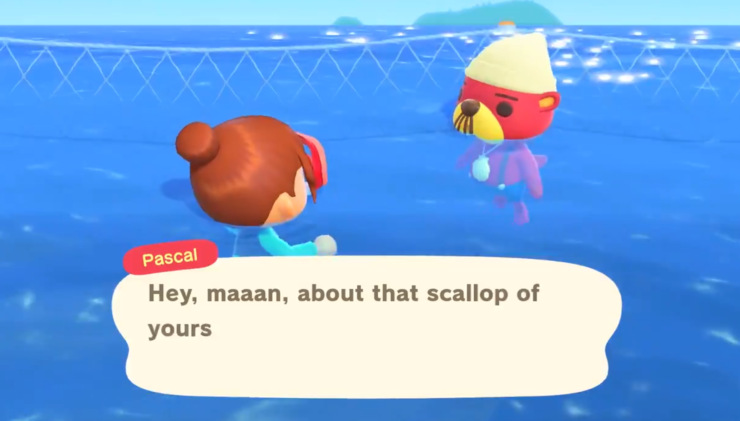 [Update] Aside from adding swimming and diving to the game, the upcoming free Animal Crossing New Horizons Summer Update will also introduce new sea creatures and recipes. In addition, philosophical nomad Pascal will be making its comeback.

[Original story] Nintendo has announced that a free Animal Crossing New Horizons Summer Update will be arriving next week on the Nintendo Switch.

The update will be dropping on July 3 and will introduce swimming and diving, allowing players to meet new characters. The 2nd wave of the free Summer Update is slated for a release early August.

“Cool off this summer by diving into the #AnimalCrossing: New Horizons free Summer Update – Wave 1, arriving 7/3!”, the official Animal Crossing Twitter account tweeted. “Put on your wet suit to dive & swim in the ocean, and even meet new characters! Stay tuned for info on Wave 2, planned for release in early August.”

[Announcement]
Cool off this summer by diving into the #AnimalCrossing: New Horizons free Summer Update – Wave 1, arriving 7/3! Put on your wet suit to dive & swim in the ocean, and even meet new characters! Stay tuned for info on Wave 2, planned for release in early August. pic.twitter.com/cYd86R7g6D

Both swimming and diving was already possible in 2012's Animal Crossing New Leaf for the Nintendo 3DS. As always, we’ll update as soon as we learn more about this free update so stay tuned.

Animal Crossing New Horizons is available globally now for Nintendo Switch. The game has been an amazing success with the game breaking sales records ever since its release earlier this year.

We (Dave Aubrey) reviewed the game and rated it with a 9.4, praising its customization, terraforming and crafting.