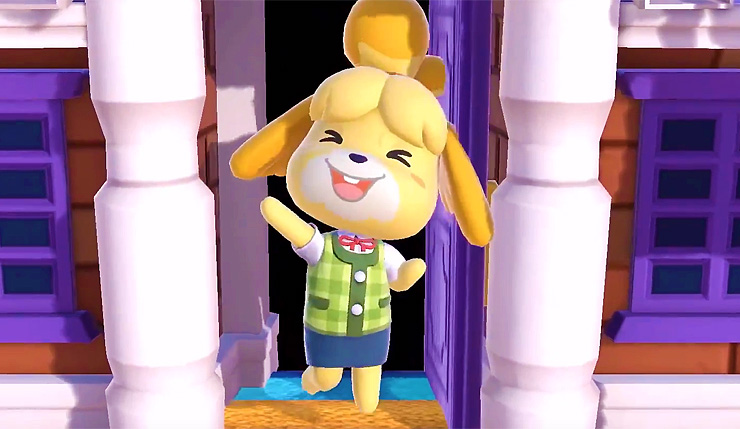 Scans of the game’s download brochure have surfaced online, revealing that the game doesn’t support data transfers between Switch’s. Not supporting user- and save data is likely related to the title only allowing one island to be created per Switch console, and the only way of transferring data would be to overwrite every profile on the destination Switch console.

New Horizons isn’t the first title on Nintendo’s hybrid platform to block data transfers to another console - Yu-Gi-Oh: Legacy of the Duelist also didn’t allow data to be transferred. 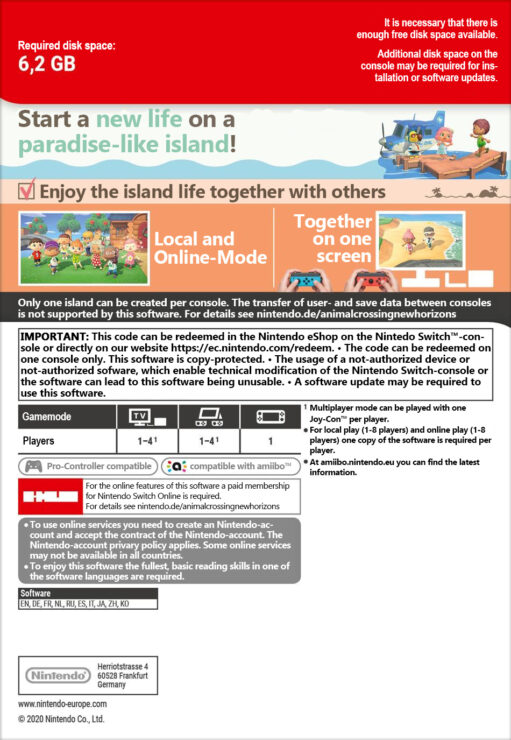 In other Animal Crossing New Horizons related news; the surfaced scans have also revealed that the game will officially support amiibo. In addition, the scans mention a 6.2GB file size for New Horizons on the Switch.

Animal Crossing New Horizons releases next month on March 20. As covered earlier this week, Nintendo has announced a unique limited edition New Horizons Switch console. This Animal Crossing themed Switch will be available in the US on March 12 for $299.99. Those in Europe and Japan will have to wait for March 20 to get their hands on the special edition Switch console.