An Android Phone Designed Exclusively for Kids Unveiled at MWC 2018 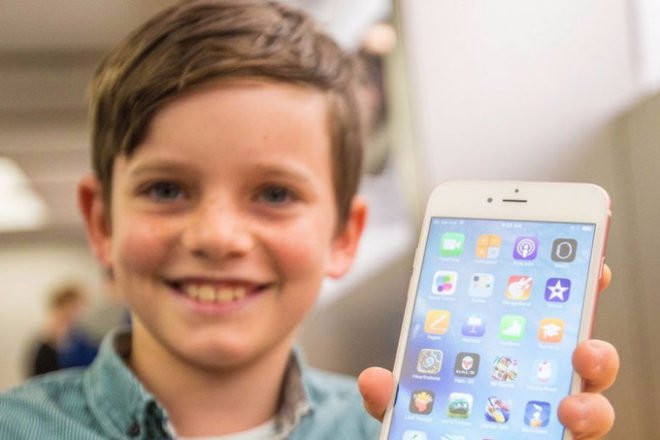 Not too long ago, Facebook released Messenger Kids, a variant of the messaging app that is, as the name suggests, for kids. Now, it looks like a Spanish company called EscudoWeb is abroad on the "think about the children" train of thought with their smartphone designed exclusively for children. The company creates educational products and has shown its newest project at MWC 2018. It's called the phoneKid – an Android smartphone for children, which lets parents dictate when and how the youngsters use their smartphone.

The smartphone runs on a modified version of Android which lets parents remotely control their child's device at any given time using an app. A parent will be able to give their kids access to the apps of their choice or set up profiles to give access to a set of apps. For example, if you activate the "Study mode" profile, your kid will only have access education-related apps, such as Calculator, Word, and so on. You could also block the home screen on the child's phone and replace it with a command as another way of telling your kid what to do next. So next time little Billy forgot to do the dishes, his smartphone will serve as a constant reminder for him to get scrubbing.

There are several built-in restrictions to prevent little Billy from pulling out shenanigans to take back control of the phone. The phones tracking mechanism cannot be disabled, and the device itself cannot be switched off manually. So, the only way for little Billy to get off the grid is to let the smartphone run out of juice entirely.

The biggest question here is, who is the target audience for this phone? No kid will be eager to own a smartphone, knowing that a parent has full control over it. Add this to the fact that there's already a way to control your child's smartphone called Google Family Link which lets you do pretty much everything the phone does. Besides, the phone isn't going to be cheap, considering it runs a customized version of Android.

While we understand the rationale behind a phone that provides a secure environment for kids (we all know how wonderful the open internet can get at times), do we really need to be putting smartphones in kids' hands? The other question that comes to mind is how secure is the phone, exactly? Will little Billy be able to flash a custom ROM on the phone? I guess only time will tell