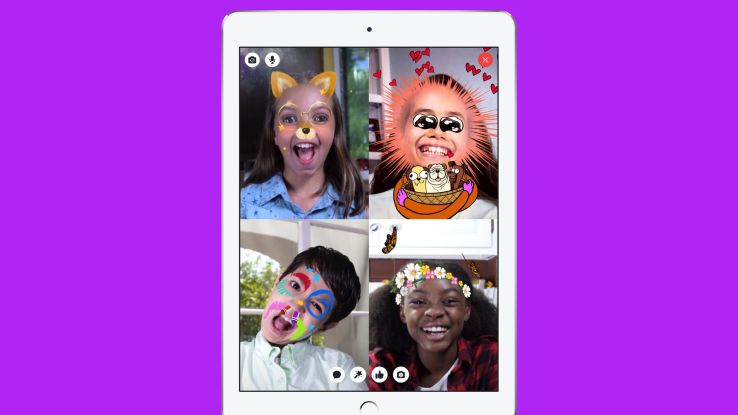 Facebook's Messenger Kids app has been around on the App Store for a while, and it got released in the US Play Store today. The app lets parents monitor who their kids interact with and keep track of their online activity.

A Messenger Kids profile can be created by parents via the desktop or the mobile app. It doesn't create a Facebook or Messenger account and is a separate, standalone app just for kids. After downloading the app on their child's device, parents have to authenticate it via their own Facebook account to create a profile for their child.

After the account is set up, parents can add friends and family members who the child can interact with. To interact with other children, both the parents must have Messenger Kids authenticated and installed on their kids' devices. The child cannot interact with anyone else other than the people approved by his/her parents.

The process to let adults interact with the children is slightly different. From the Messenger Kids section of their profile, they need to add an existing user, and that person will become connected to the child on Messenger Kids. The child will not see their Facebook page, but they will see their name and profile picture.

The app is not very different from the actual Facebook Messenger app (and in some ways better than the incoherent blob of code that is the official Facebook Messenger app). It adds a few features here and there and is designed to look appealing for kids, with a simpler UI and lots of shiny stuff (Kid-appropriate masks, frames, stickers, GIFs, and the likes). As a bonus, the app is free of all advertisements too.

But, do young kids really need to be texting?

While is there no doubt that a heavily curated ecosystem for kids is good and saves them from the horror that is the open internet, another question arises: do we need to get kids on Facebook Messenger in their formative years? Very often, young kids are recipients of hand-me-down smartphones or tablets that their parents don't use anymore. Some people will argue that kids do not need a smartphone or tablet at such a young age, and they're right to a certain degree.

On the other side of the fence, there is no real way to monitor kids' online activities for the less tech-savvy parents. Apps such as Messenger Kids provide an easy solution for parents, who can now rest easy knowing that they have at least a modicum of control over their kids' internet usage.