Android as an operating system is doing a lot better than some would have thought. Google is constantly trying to push new features. Starting today, Pixel phones are receiving a new update which brings a plethora of software features.

However, the highlight of this feature happens to be a new personal safety feature that we believe every smartphone running Android should have.

If you have ever experienced walking home alone or going somewhere on foot, on your own. It is safe to say that you may have experienced a wave of terror waft over you. It is not surprising at all, as a lot of us have experienced that anxiety. In such situations, pulling out your phone and alarming your friends and family can be a difficult thing. However, Google has found a clever way to fix that for us.

The Pixel phones have received a new update that acts as a personal safety feature. Enabling this feature is simple. Once you decided to turn it on, you can then decide what time you want the feature to check in on you. Once that time does come, the safety check takes over the entirety of your phone screen and asks for your status. You can then dismiss the prompt by telling it that you are okay or you can start sharing your location with all your emergency contacts. 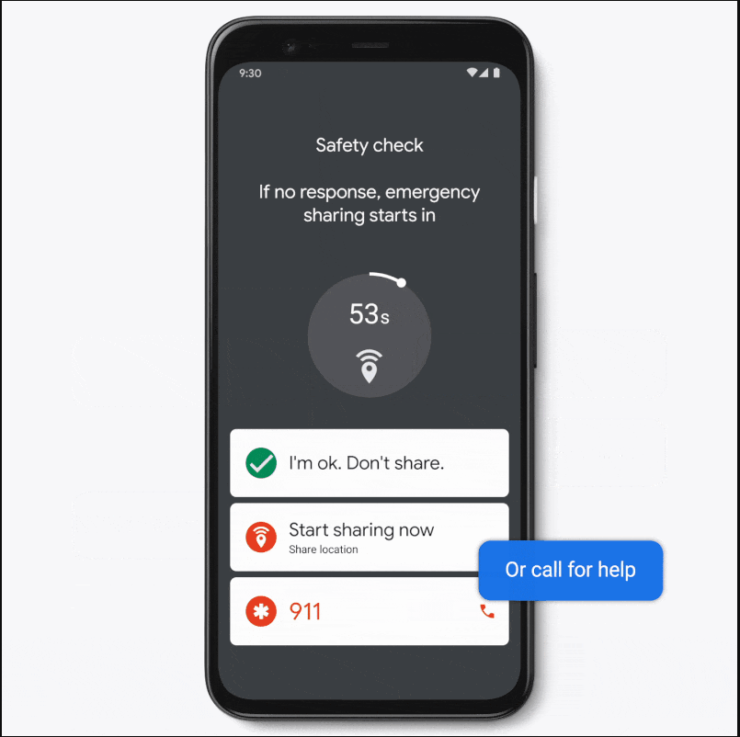 However, the neat trick here is that if you do not respond within a minute, safety check will go ahead and notify all your emergency contacts as well as provide your location on Google Maps. At the time of writing, there is no option for the safety check feature to automatically call 911 in case of an emergency, but this is also good because it can prevent false positives.

Even if there is a possibility of Google alarming your friends by accident because you forgot to check-in, it still is a nice feature. Currently, something similar is not available on any platform. Which goes to show that Google is definitely looking forward to expanding into safety features. Last year, the company introduced a car crash detection feature and now this safety app which soon will be available for the devices.

This is certainly a great way of improving Android and making the ecosystem all the better. However, at the moment, this is exclusive to Pixels only. But we really wish that Google brings this feature to other devices, as well.

The company has also introduced new features such as improved adaptive battery mode, bedtime mode which lets you “Fall asleep to calming sounds and limit interruptions while you sleep — and if you stay up on your phone past bedtime, you’ll get a snapshot of how much time you’re spending awake and on which apps,” as per the official blog post by Google.

Last but not the least, you also have a new feature in Google Assistant that will let you start, stop, and search voice recording. All you need to do is say, "Hey Google, start recording my meeting," or "Hey Google, show me recordings about dogs". You can then save the transcript directly onto Google Docs, which will allow you to share it with others with ease.

With Android being the largest used operating system, these features are definitely amazing. However, as we said earlier, it would be much better if they make their way to other, non-Pixel devices, as well.