Android Messages Finally Gets ‘Mark as Read’ Button in Notifications 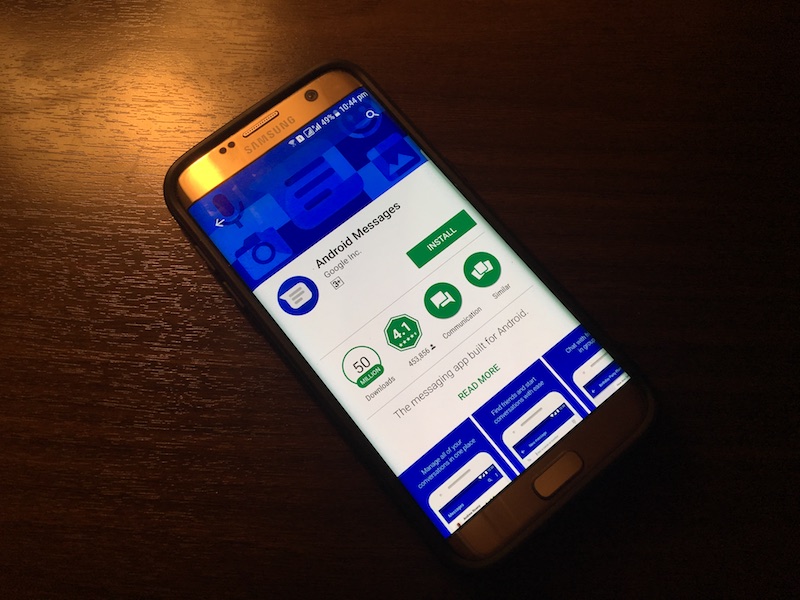 It mostly happens that when we get a notification for a text message, then we end up reading it in the notification panel and dismiss it. This should be the end of the process, right? But no, that message still stays unmarked in the messaging app. Whenever you open the app, all those messages that you dismissed by reading in the notification panel are still there, making a big pile of unread messages. This makes finding an actual unread text a difficult task.

While third-party manufacturers tried to solve this issue by providing solutions in their UI using Android's actionable notifications, but Google's proprietary messaging app, Android Messages has lacked the feature. With Android O's third developer preview, the app has finally got a "Mark as read" button inside notifications.

Earlier, this feature was just limited to the developer preview, but Google has now pushed it for the new version of Android Messages. The app has been updated for all the users with an update that brings it to the version 2.3 bringing the "Mark as read" feature. It is now available for download to all the users through the Play Store. The new version does not change much except for introducing the new feature and couple of other additions.

Just as the name suggests, it easily allows you to mark the new message as read if you don't want to reply to the message. Also, there is a reply button placed right next to it. For Android O, the Android Messages app also includes the functionality to add notification channels with the ability to choose certain contacts as urgent from within the app. We are happy that Google has finally rolled out the much-needed feature to Android Messages. It may not be a significant addition, but it certainly makes our life more convenient.

If the latest version of the app is not yet available to you through the Play Store, you can download Android Messages v2.3 via APK Mirror - but at your own risk as it is the not the official channel.