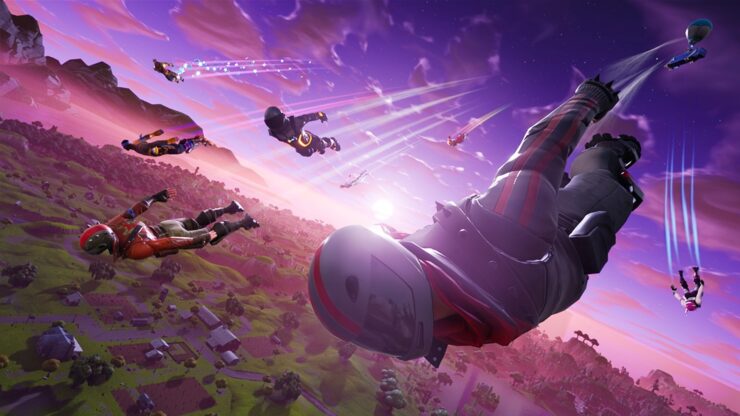 Fortnite remains the most popular, not to mention the highest-grossing game in the industry. However, according to an analysis of Twitch data shared by Piper Jaffray and based on statistics collected by SullyGnome, the game may have peaked already.

The analysts have come to this conclusion after noticing that Fortnite viewership data on Twitch declined for the third quarter in a row (-7% in the last quarter).

For the third consecutive quarter, we noted a decline in Fortnite viewership data (-7% q/q in Q1'19 after a -13% for Q4'18) after a meteoric rise to the top of Twitch viewership. For reference, total minutes viewed of the top 10 titles increased 17% q/q for Q1'19. Fortnite remains at the top of viewership, but that gap is shrinking. League of Legends (Riot) has been second place for the past three quarters and trails Fortnite by only 2%, compared with 22% for Q4'18 and 40% for Q3'18.
After Fortnite increased 74% q/q for Q2'18, we believe the title may have peaked. We continue to anticipate periodic increases in viewership around new "seasons" released for the game. We believe Fortnite may be seeing the impact of a host of new competitors in the battle royale genre, including EA's Apex Legends, which debuted in February at the top of the chart. Apex ranks third for the full March quarter, in minutes viewed, despite only two months of availability. We also note that Grand Theft Auto V from Take-Two posted a strong rebound, finishing the quarter up 187% sequentially.

Fortnite continues to dominate Twitch viewership but saw a third consecutive q/q dip in Q1'19. For reference, total minutes viewed of the top 10 titles increased 17% q/q for Q4'18. This could simply be due to timing of new "content drops," but it could also be an indication that interest for the game has peaked. In any case, the m/m growth of Fortnite began to decelerate beginning in April and continued for three months, followed by relatively stable growth. Twitch minutes for Fortnite suffered a 25% m/m dip in February, which we attribute to a number of top Fortnite streamers spending time on EA's Apex Legends. Overall Twitch minutes for Fortnite remain at the top of viewership, but the lead has narrowed significantly. For the March quarter, Fortnite viewership minutes were nearly 18.6B vs. second place League of Legends at 18.2B. This compares to Q4'18, when Fortnite logged 19.9B minutes vs. 15.4B for League of Legends.

The report also includes a historical comparison from January 2018 to March 2019 of some of the biggest Battle Royale/triple-A games (GTAV, FIFA, Hearthstone, Overwatch, World of Warcraft, PUBG, Apex Legends, and Fortnite) and their monthly minutes viewed on Twitch. This chart shows the magnitude of Fortnite's dominance over the last fifteen months. Even if Epic's game has indeed peaked, it'll take a long time for any of these games to truly catch up to it.

Additionally, the 'Save the World' PvE mode still has to go free-to-play after Epic delayed it. When it does, it's pretty much guaranteed to increase the overall Fortnite viewership figures (as well as its revenue, in all likelihood).