Intel has resorted to 22nm process technology due to the ongoing shortage of 14nm manufacturing ability. With this, Intel has revived the Haswell-based Pentium G3420 upon the issuance of a Product Change Notification.

Over the course of the last year, Intel has had some difficulty keeping up with 14nm manufacturing efforts, and therefore, Intel has resorted to the revival of the Pentium G3420, a 22nm processor launched way back in Q3 2013. Intel has changed the Pentium G3420's status from 'Discontinued' to 'Cancelling this Product Discontinuance completely per new roadmap decision and enabling the product long term once again.'

This revival of the Haswell-based Pentium comes shortly after Dell had accused Intel of reduced overall revenue due to a shortage of processors, and with the Pentium, Intel seems to be focused on pushing any additional products to the market as fast as possible.

Various system manufacturers and OEMs have now tapped AMD as replacements for the lack of Intel chips flowing through the channel, but Intel is working to combat this with the Pentium, though, considering just how old this chip is, this attempt of falling back on a deprecated product may not be overly effective, especially with AMD's newer Athlon 200 and Athlon 3000G processors. 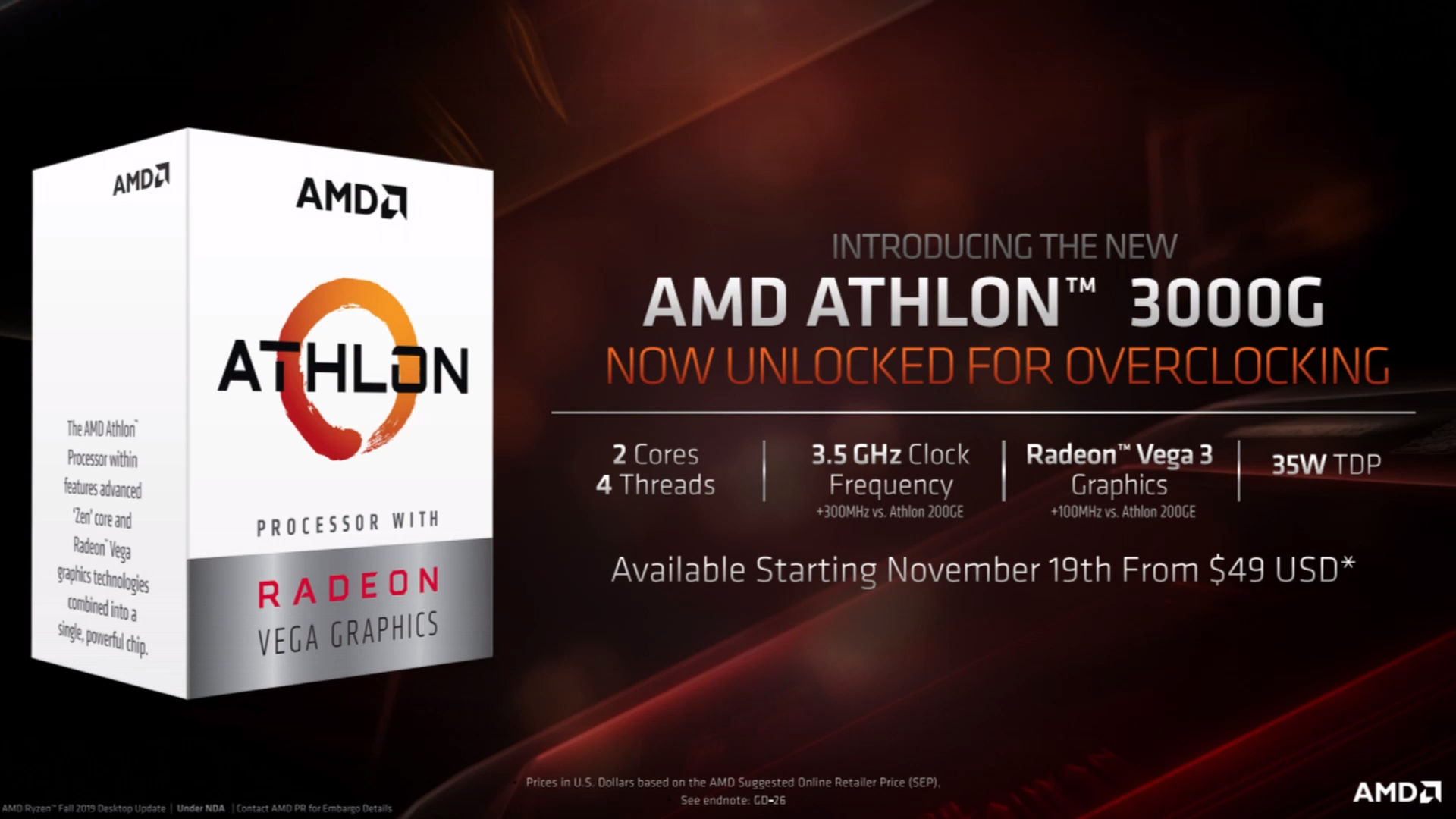 The Pentium G3420 will be targeted at low-tier systems, and, sadly, will bring significantly older technology to the market despite being at a similar price of its 14nm counterparts, and in doing so, will be produced until May of 2020. As to why a system integrator would make the decision to use the Pentium G3420 over AMD's Athlon 3000G is questionable.

Both Intel's Pentium G3420 and AMD's Athlon 3000G feature two cores, though AMD's entry-level offering carries an additional two threads over the Pentium due to being enabled with SMT. The Athlon 3000G also features a Radeon Vega 3 iGPU, a significant step up over Bristol Ridge, and significantly more powerful than the Pentium's Intel HD Graphics. The Pentium is also limited to an older socket and DDR3 whereas the Athlon 3000G is compatible with all AM4 motherboards and DDR4, allowing an easy upgrade from the entry-level all the way up to the mighty Ryzen 9 3950X. Another addition to the Athlon is the ability to overclock the chip whereas the Pentium has a locked multiplier.