AMD’s Athlon 3000G Is An Impressive Unlocked CPU For $49 US, Now Available 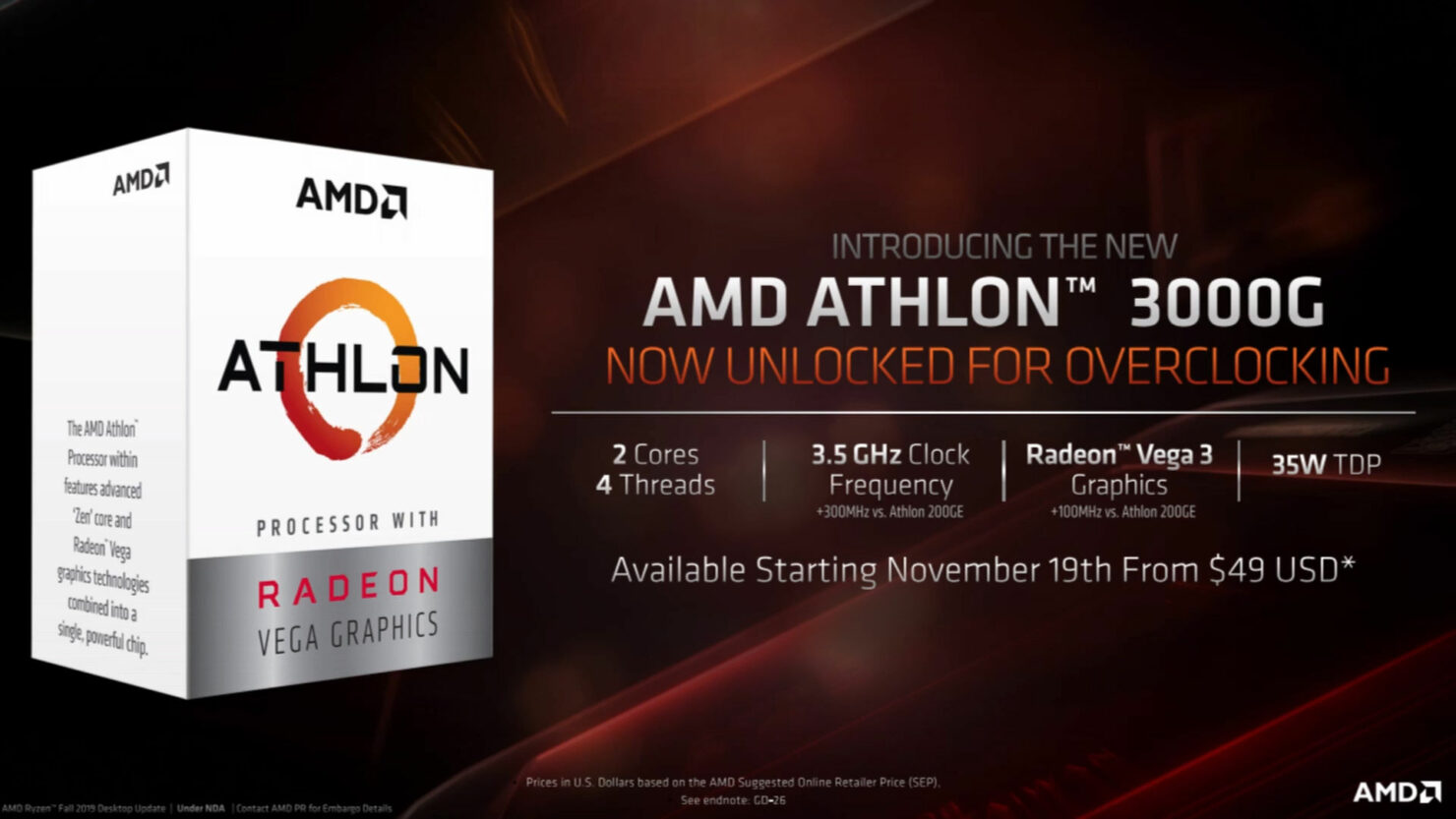 With the recent release of Ryzen (1st, 2nd, and 3rd generation) many thought that AMD's original lineup of processors, the Athlon series, had been officially replaced or renamed, but AMD has officially released the AMD Althon 3000G which is focused on a more budget-focused setup, with the price tag being just $49. This 2-core / 4-thread processor comes off the heels of the Ryzen 9 3950X, which is its most expensive processor to date.

This unlocked processor cost just $49, and offers somewhat limited features, but does offer a base clock of 3.5 GHz, 5MB of cache and the ability to fit inside the AM4 socket. This CPU will not compete with the other recent AMD release, the Ryzen 9 3950x, which does cost $700 more than this CPU.

This CPU is focused on the market of gamers who are more budget-orientated or as a secondary system for 720p streaming. The CPU is based on AMD's 12nm microarchitecture, which does make this CPU run off the older microarchitecture, the rated TDP of this processor is just 35W.

This CPU's Integrated graphics are substantially slower and older compared to any current Ryzen generation (with integrated graphics) being a Radeon Vega 3 rather than Radeon Vega 8 or 11. With the integrated graphics being just Vega 3, which makes the frequency of the three graphics cores just 1000 MHz. The performance of the iGPU, as shown by NotebookCheck, will allow for most games at low settings and at 720p resolution. Those settings will also allow right around 30 frames per second which is playable, but won't have the smoothness that 60 frames per second has. With performance like that, I would suggest that gamers playing more competitive games stay away from this processor and gamers looking for more visual-based games beware. If the games you plan to run are more 2.5D platformers you should get more reasonable performance. 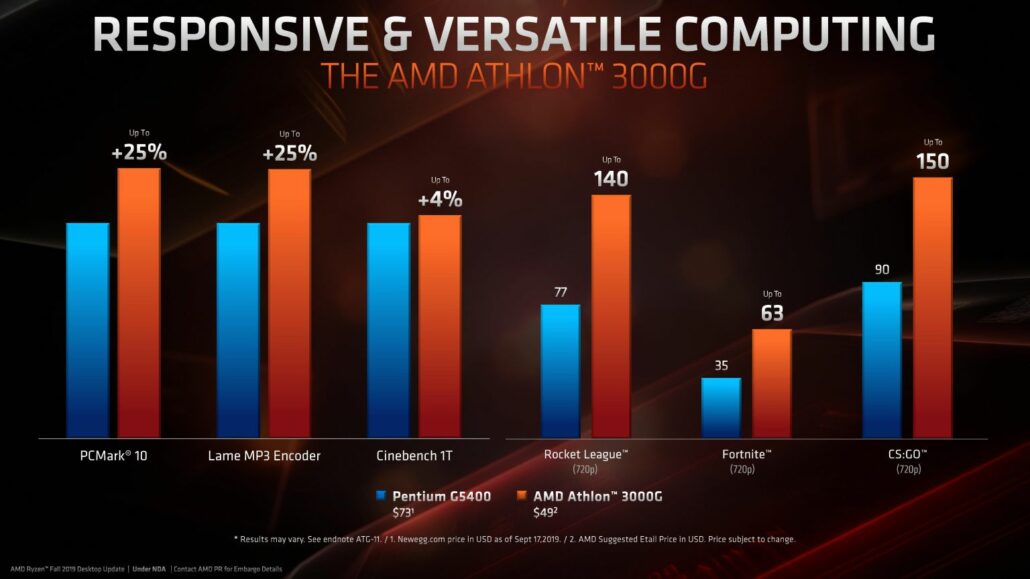 When this iGPU is released onto this market it should be focused more towards non-gamers or indie gamers, but for most AAA games this processor will only run them at very low framerates and low resolutions. The AMD Athlon 3000G ships with a cooler rated at 65W which is enough to keep the 35W CPU running stable even under overclocked loads.