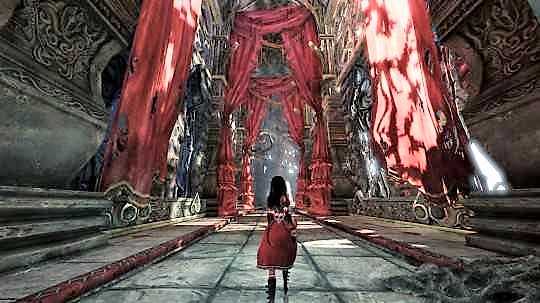 In a recent article published by the American McGee, it was stated that the future of the Alice series or Alice 3 or Alice Sequel, will depend on Electronic Arts.

Six years after the launch of the last American McGee title within the Alice series, Alice: Madness Returns, the fans have publicly expressed their desire to develop the third installment. However, over the years there are no plans at all for this to come true and recently the developer revealed the reality of the series and the possibilities that Alice 3 could ever exist.

For some time the Alice franchise, developed by American McGee, has been missing on PCs and consoles. The developer is obviously swamped with requests from fans about a third chapter and to date had not given any answer.

Finally, in a recent posting on its official website, the developer American McGee, responsible for Alice and Alice: Madness Returns, informed fans about the current status of the series and reported that everything is in control of Electronic Arts and that it has no type of interference in the decisions that are made around an upcoming title.

The developer tried to respond in a single text to the common questions and requests that he receives daily around the third title of Alice or Alice 3 or Alice Sequel.

In that sense, it was revealed that legally EA has absolute control over the rights of the work and that virtually all stages of creation, development, production, and launch have to be performed by them. At the same time it was also informed that due to this situation, it is impossible that the developer or another entity can carry out a new game even with the support of sponsors.

Later, American McGee ironically talked on the matter when considering that there will be a new game of Alice before he and the fans die, although he was open to the possibility of participating in a hypothetical new installment of the series.

Finally, he asked the fans not to bother him anymore about the Alice series and that any requests or any messages about it should be sent to the official accounts of Electronic Arts.