AMD Radeon's 6000 Series first card has been leaked which is reported to be a prototype of one of the Cayman Series Graphic card. The prototype version will feature a single GPU - SKU based on the Cayman Architecture and is is built on the TSMC 40 nm process. The card's name is said to be 6x70 and will be the "XT" variant of the card. 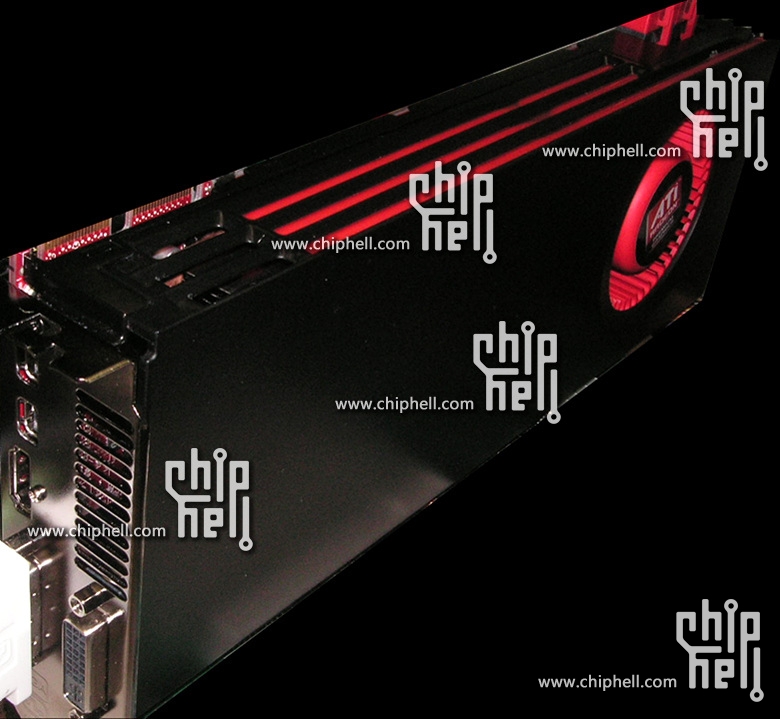 The picture which you can see above reveals that the card is almost same in size as the HD5870 but has a completely different and a complex looking cooler which maybe because its just a prototype. However the PCB of the card is red and the cooler is also colored red while most of the GPU is black. There are also vents on the side of the GPU which will help to move hot air out of the card and looks like the card will have two side power connectors.

The display output comes with two DVI, One HDMI and two other mini display ports which a small vent to blow air out. The names of the AMD Radeon's upcoming card's were leaked in the Catalyst 10.8 which can be viewed here. Other than this information, No detail's on the clocks speeds and features have been revealed yet.