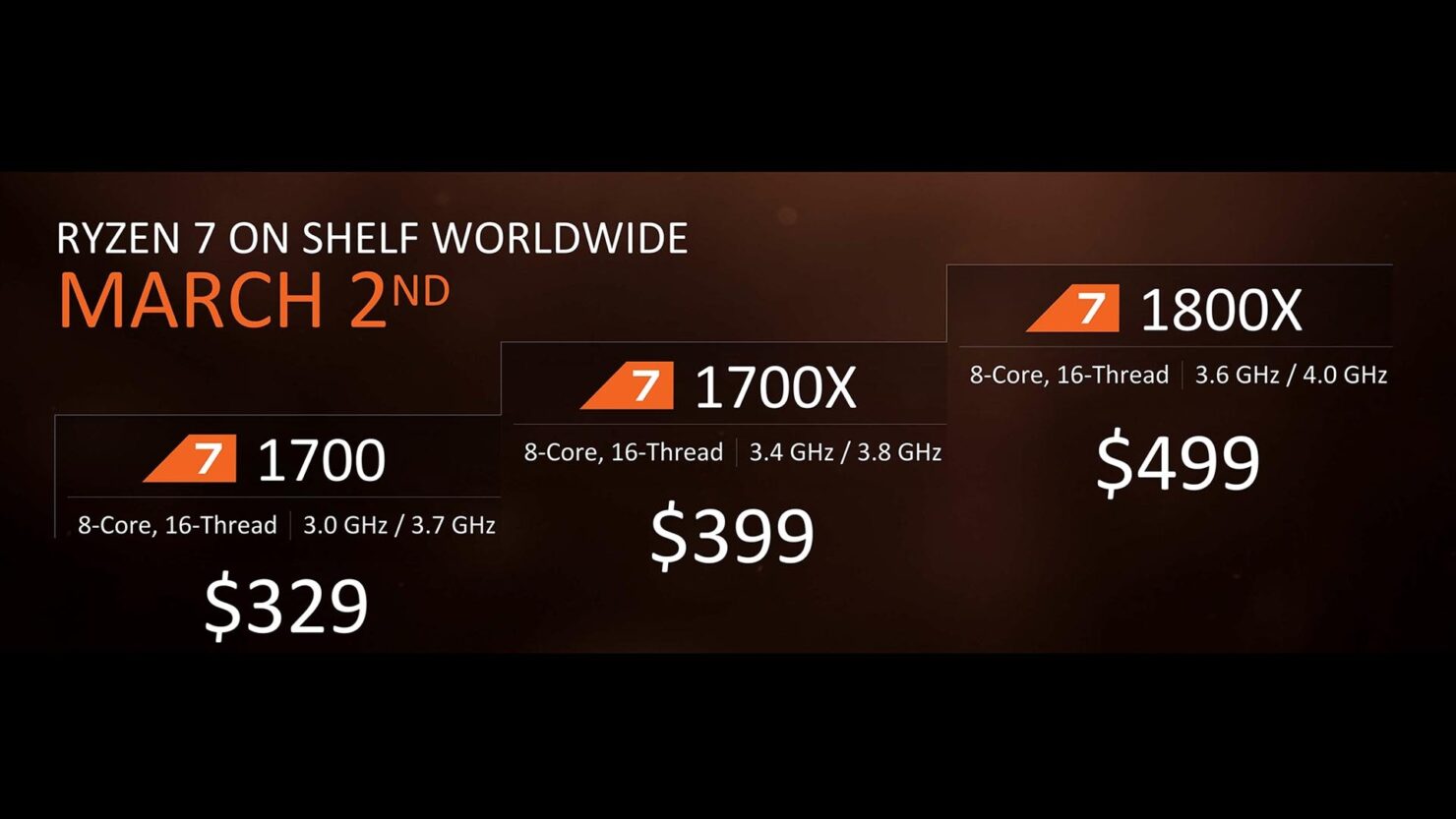 Across the pond on Amazon.co.uk Ryzen processors occupy the top 3 spots. There's clearly an immense pent-up demand for more affordable high performance desktop CPUs. It's also very clear that the markets appetite for high core count processors is healthier than it has ever been.

What's equally impressive is that AM4 motherboards for Ryzen processors also occupy the top 3 spots for best selling desktop motherboards. This is despite that fact that Ryzen CPUs and their accompanying AM4 motherboards won't actually be available until the 2nd of March. However they've all been available for pre-order since today's 12PM ET announcement. Thus, the demand that has actually driven AMD's newly announced Ryzen 7 CPUs and AM4 motheboards all the way to the top of Amazon's best sellers list has only been from pre-orders. At this point we can only imagine the scope of the market storm that Ryzen may cause when it actually launches on March 2nd.

Next generation Ryzen processors feature up to 8 of AMD's brand new Zen cores. The Zen microarchitecture has been in development for over four years. The team behind this marvel of engineering was headed by the legendary microprocessor architect Jim Keller. The very same Keller that played instrumental roles in the development of AMD's original Athlon XP and later the Athlon 64. Which represent the two biggest success stories in the company's history.

Keller returned to AMD in 2012 to lead Zen's development. The plan was to create a brand new microarchitecture capable of processing 40% more instructions per clock versus AMD's previous design. A 40% IPC generational improvement is unprecedented in the industry. A ~10% improvement per generation has been the norm for both AMD and Intel for ages. Indeed, this was a crushingly daunting task. But, someway and somehow the engineering team not only managed to meet their 40% target but exceed it. By 12% no less.

AMD's Chief Technology Officer Mark Papermaster who brought back Keller doesn't want Zen to be "flash in the pan" either. Revealing that the company's engineering teams are already hard at work on several Zen+ successors to the architecture with even better performance and power efficiency. AMD's message then is very clear, we're back and we're here to stay.