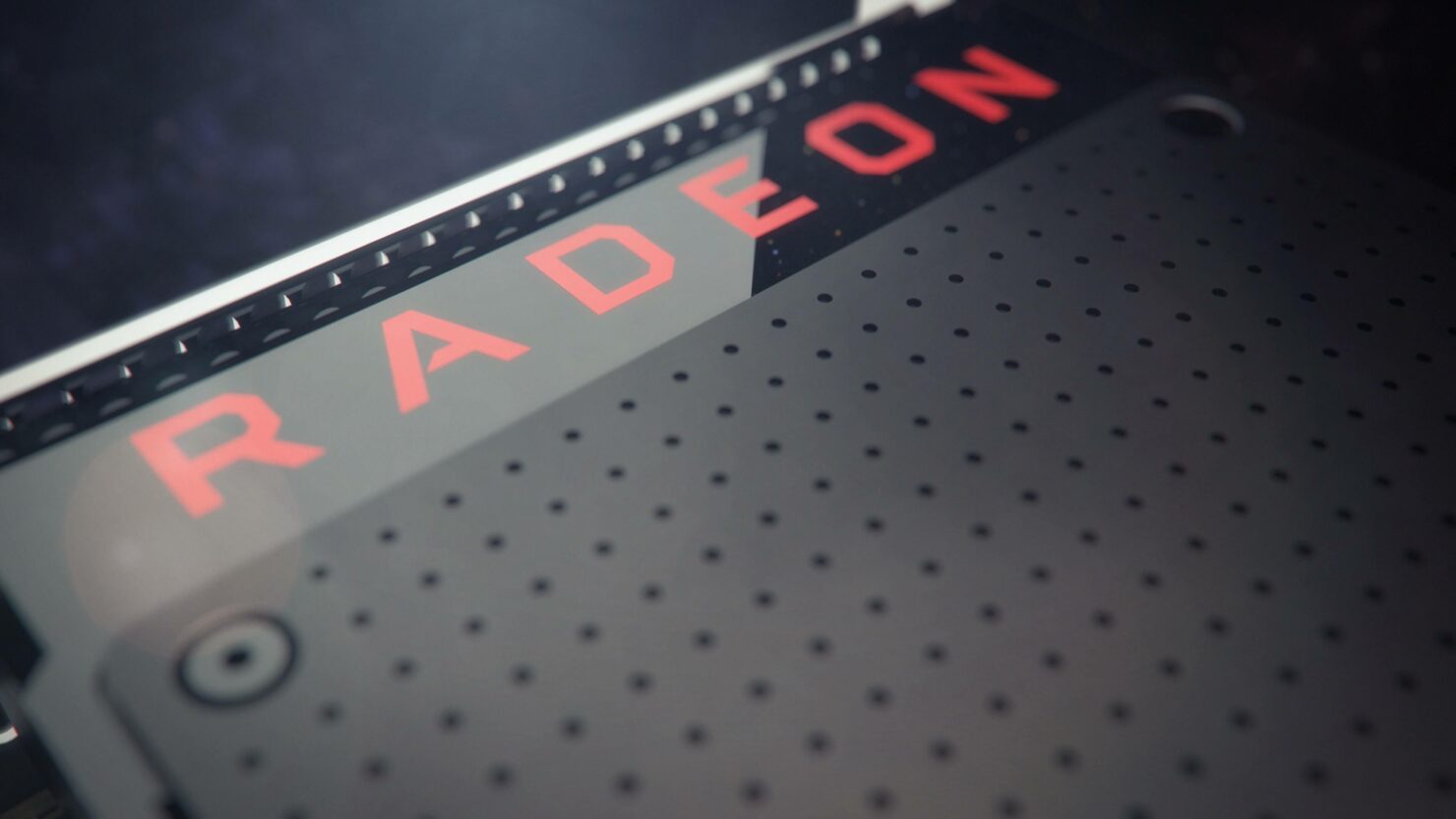 AMD releases Crimson 16.7.1 driver. Delivers on its promise to improve the performance of the RX 480 and reduce its power consumption. The RX 480's PCIe power draw is now within the 75W PCI SIG standard recommendation. Additionally, the new driver also introduces performance boosts and a new optional low power profile. Which when enabled brings the card's overall power consumption down even further at no performance cost compared to the previous 16.6.2 driver.

The company announced the 16.7.1 driver two days ago and promised to release it today. It's now up for grabs on the company's website. Crimson 16.7.1 download link.

We promised an update today (July 5, 2016) following concerns around the Radeon™ RX 480 drawing excess current from the PCIe bus. Although we are confident that the levels of reported power draws by the Radeon RX 480 do not pose a risk of damage to motherboards or other PC components based on expected usage, we are serious about addressing this topic and allaying outstanding concerns. Towards that end, we assembled a worldwide team this past weekend to investigate and develop a driver update to improve the power draw. We’re pleased to report that this driver—Radeon Software 16.7.1—is now undergoing final testing and will be released to the public in the next 48 hours.

In this driver we’ve implemented a change to address power distribution on the Radeon RX 480 – this change will lower current drawn from the PCIe bus.
Separately, we’ve also included an option to reduce total power with minimal performance impact. Users will find this as the “compatibility” UI toggle in the Global Settings menu of Radeon Settings. This toggle is “off” by default.

Finally, we’ve implemented a collection of performance improvements for the Polaris architecture that yield performance uplifts in popular game titles of up to 3%. These optimizations are designed to improve the performance of the Radeon RX 480, and should substantially offset the performance impact for users who choose to activate the “compatibility” toggle.

Brad Chacos - PCWorld
As you can see, Radeon Crimson 16.7.1 doesn’t hinder performance whatsoever. In fact, in most scenarios performance actually improves thanks to optimizations made in the driver—even when the more stringent Compatibility mode is enabled. Bravo!

Let's first look into the performance boost. PCWorld found that the RX 480 was faster across the board with the 16.7.1 driver compared to the previous 16.6.2 version, even with the low power "compatibility mode" profile enabled. 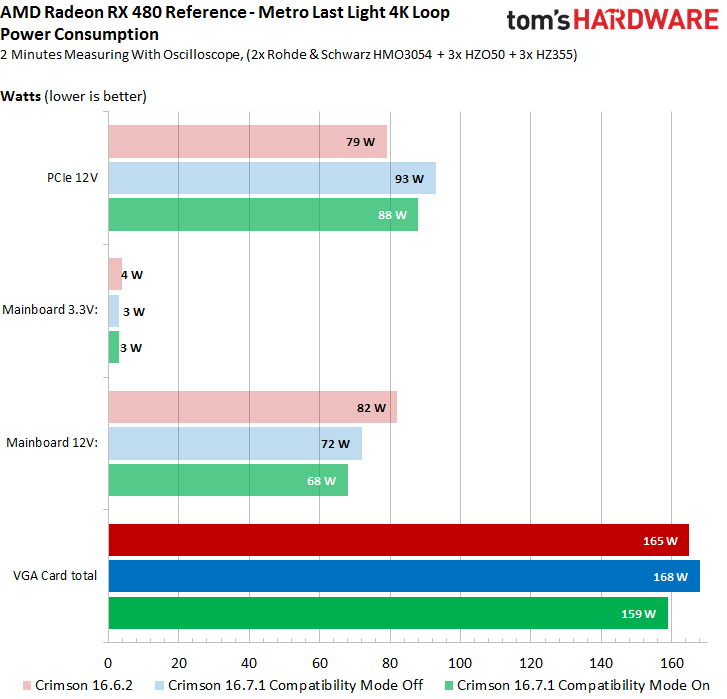 We examined the power consumption of all three voltage rails and their sums. With the new driver, total draw does increase by around 3W, but load on the motherboard slot (PEG) drops by a whopping 10W!

Interestingly the new driver allows the RX 480 to maintain higher boost clock speeds, which contributes 3 watts to the overall power draw. Although we're talking about a 1.8% increase in overall power consumption for a 3% increase in performance. All the while drawing less power from the motherboard slot. This is all the more reason to go and download the new driver if you're an RX 480 owner.