AMD released their new Wraith cooling solution earlier this year with mostly positive response from end users.   AMD replaced the old smaller and noisier stock cooler with a much beefier cooling solution with a much larger fan and lower sound stage.    Upon release there was much criticism for the cooler only being available with the FX 8370 and A10 7890k and none of the other CPUs.  Well, AMD have announced that they are expanding the Wraith cooler to the FX 8350 and FX 6350 with an SEP of $169.99 and $129.99 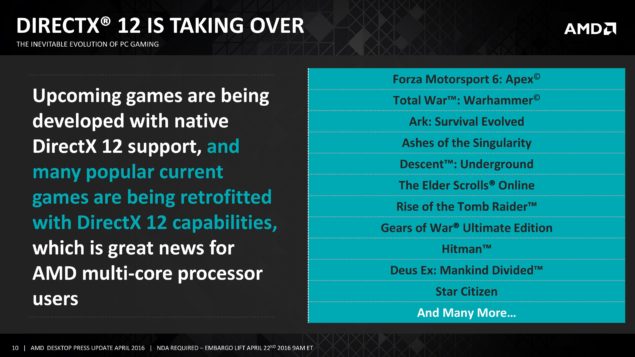 They also feel very confident in the Virtual Reality space as well:

“Of course with the consumer release of the HTV Vive and Oculus Rift VR headsets, PC gamers have more to look forward to than just performance increases. AMD processors have you covered here, too: HTC, manufacturer of the Vive VR headset, recommends the AMD FX 8350 as a VR-ready processor. In fact, both the AMD FX 6350 and AMD FX 8350 achieve the highest possible fidelity rating in Valve’s SteamVR benchmark when paired with a capable graphics card. Independent testing has also shown that the FX 6350 can deliver the performance needed for a great Oculus Rift VR experience in conjunction with a Geforce GTX 970 or Radeon R9 390 graphics card.” 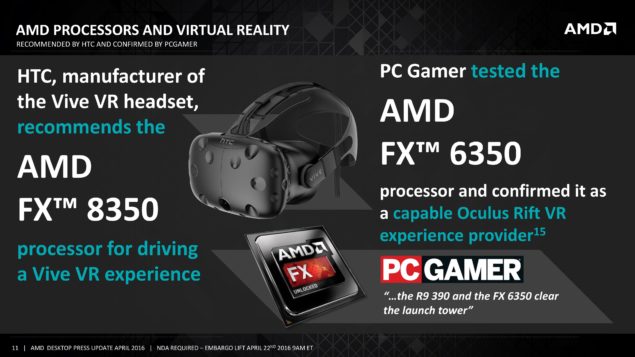 While the current FX Series may be long in the tooth it does still offer some value with having a larger amount of threads than the competition in the same price range.  The inclusion of the Wraith Cooler should assist in keeping costs low for new system builders as the need for an aftermarket cooling solution has been removed unless you’re wanting to go for mild overclocks as a light overclock should be possible on the new cooler. 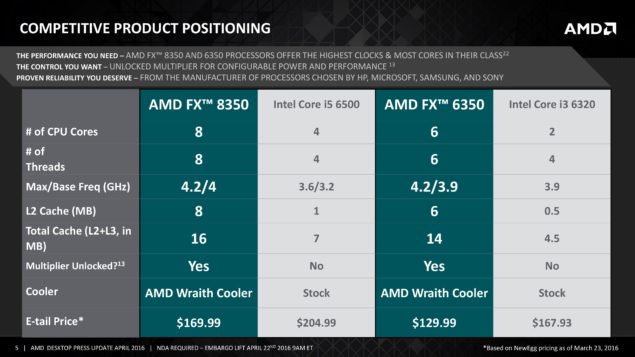 What are your thoughts? With Zen coming and the FX 8350 now being over three years old do you see value in this? Or will you be holding on to what you have waiting for Kabylake or Zen before upgrading? 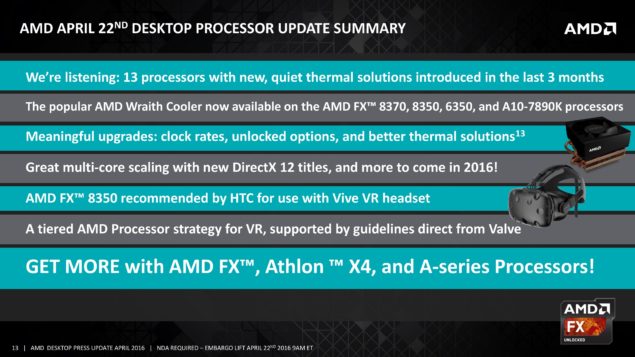