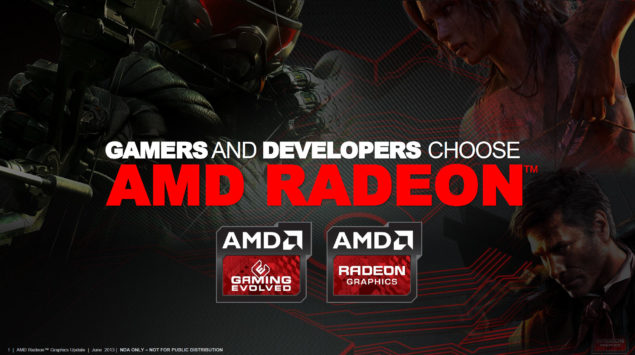 Since the emergence of the reports about Volcanic Islands, there has been alot of confusion built up around the codenames that the new GPU family would use. Some said Radeon HD 8000 series which ended up as an OEM only series, then there was speculation regarding the new GPUs using the Radeon HD 9000 series but then came reports from VR-Zone that the AMD Volcanic Islands would be using an entirely different naming scheme. Later on Semiaccurate did a detailed analysis revealing that the codename could possibly end up as R9-XXXX, R8-XXXX. The 'R' here denotes the Radeon brand, '9' denotes the tier of the model in this case being the high-end part and the XXXX is the branding number. The final codename was supposed to look something like R9-9970 and we have already seen a similar branding scheme by AMD in their APU and FX series lineup such as the FX-9590 and A10-6800.

The latest reports regarding the codenames come from Techpowerup (via Videocardz). The Techpowerup's GPU database got updated a few weeks ago and listed what could be the possible series branding of the AMD Volcanic Islands family. The TPU GPU database has listed the new R-200 Series (Volcanic Islands), this is the successor to the Radeon HD 7000 Series (Southern Islands). All of a sudden the new naming scheme sounds confusing but a generation or two, we will get used to it. The current flagship Radeon HD 7900 series cards based on the Tahiti architecture would be replaced by the R9-200 series cards based on the Hawaii architecture. The R-200 series would be split into R9-2** (Replacing HD 7900 Series), R8-2** (Replacing HD 7800 Series), R7-2** (Replacing HD 7700 series) and so on.

To our surprise, the R7-2** series listed under the GPU database showcases the GPU series featuring the Cape Verde core which seems to confirm the previous report that other than the Hawaii based cards, the rest of the lineup could probably end up as modified Southern Islands chips. The Hawaii based cards are listed under the R9-2** series with three parts, Hawaii XT, Hawaii Pro, Hawaii LE while the flagship dual GPU would be codenamed R9-290 and would be codenamed Tonga based on dual Hawaii GPUs. Videocardz came up with a chart which gives a simplified representation of the series under their respective performance tiers:

In addition to the desktop AMD Volcanic Islands codenames, the database also lists a few upcoming mobile GPUs known as the R-M200 Series which would fall in line with the upcoming Crystal Series mobility graphic chipsets. On the other hand, the R2 and R3 series graphics chips would be integrated on the APUs as revealed by Semi-accurate through a leaked catalyst driver which first mentioned the Hawaii as a discrete flagship desktop part month's back. 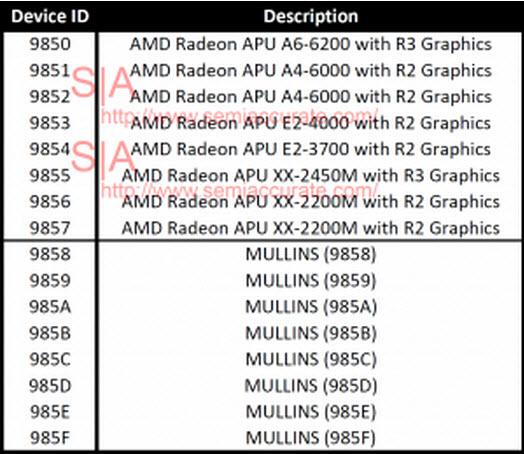 At the end of the day, whatever AMD ends up calling their next generation Volcanic Islands graphic cards, it would be their performance and value that really matters to the consumers. The AMD Volcanic Islands series is going to be showcased in an event in Hawaii during the last week of September followed by mass shipment in early October 2013 and retail availability by Mid-late October 2013.