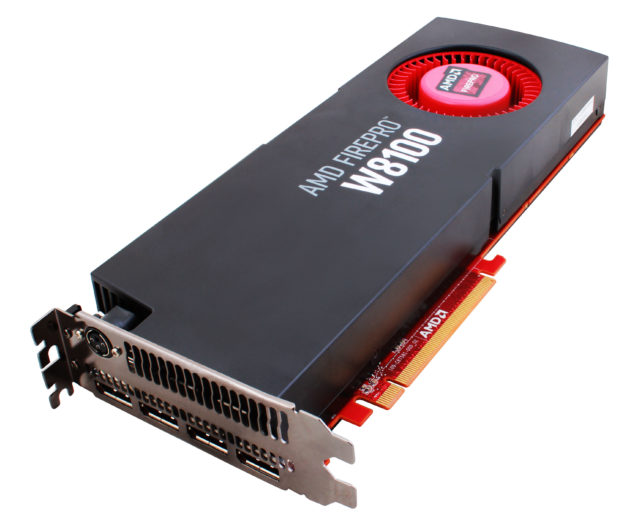 The AMD FirePro W8100 is the next generation Hawaii GPU based professional graphics card which features over 4.20 Tera Flops of Single-Precision and 2.10 TFlops of Double-Precision performance. Previously spotted at AMD's Computex 2014 booth, the FirePro W8100 was confirmed to feature the Hawaii-GL Pro chip which means the card features 2560 Stream processors, 160 TMUs and 64 ROPs compared to its bigger brother the FirePro W9100 which includes the Hawaii-GL XT chip with 2816 Stream processors, 176 TMUs and 64 ROPs.

With 1/2 FP64 rate the card churns out impressive compute performance which enables content creators and professionals to harness the full power of the Hawaii GPU. The core clock for the FirePro W8100 graphics card is maintained at 824 MHz as opposed to 930 MHz on FirePro W9100 and also comes with a lower VRAM of 8 GB versus 16 GB GDDR5 memory on the W9100 clocked at 1250 MHz (5 GHz effective) memory clock churning out 320.0 GB/s memory bandwidth.

The AMD FirePro W8100 is also the second graphics card to standardize 4K resolution for server and professional market by bringing 8 GB of GDDR5 memory to professionals at an affordable price range. Display is provided through 4 display port outputs, the higher memory buffer will allow better content creation and visualization. In a nutshell, the AMD FIrePro W8100 is providing a significant amount of performance to a wide range of content creators and professionals at a lower price and low power consumption then the FirePro W9100.

The performance slides presented at the event showcase several enhancements over the NVIDIA’s Quadro K5000 with much better double precision performance, more display outputs and a higher frame buffer of 8 GB ram compared to 4 GB on NVIDIA’s counterpart.The design of the card is similar to the FirePro W9100 featuring a dual slot heatsink with a backplate that hides the red PCB. Power is delivering through dual 8-Pin connectors while display outputs include four standard Display Port 1.2 ports. The card would be aimed against the NVIDIA’s Quadro K5000 which is the main opponent at the same price range. The card pumps out over 300 GB/s bandwidth and will replace the FirePro W8000 at the same price of $2499 US bringing better performance to a wide range of OpenCL fans and users. 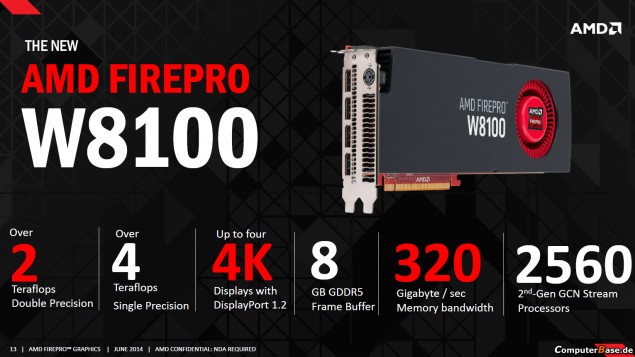 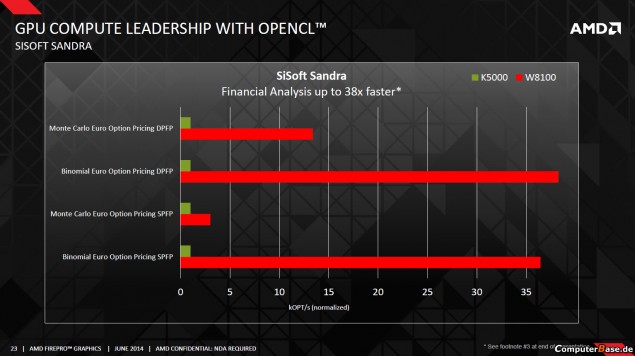 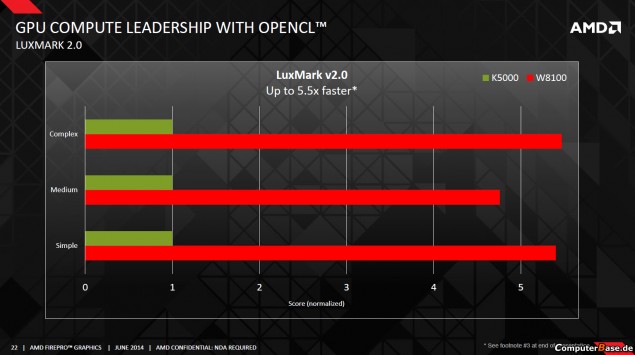 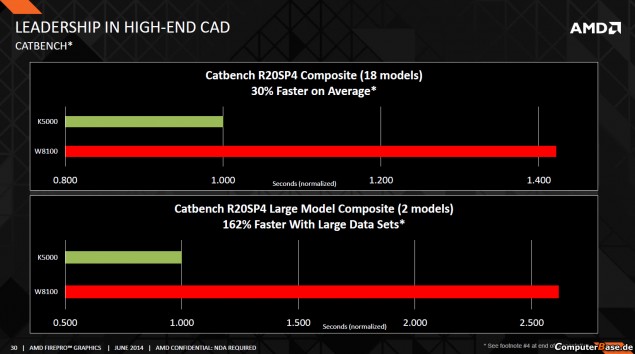