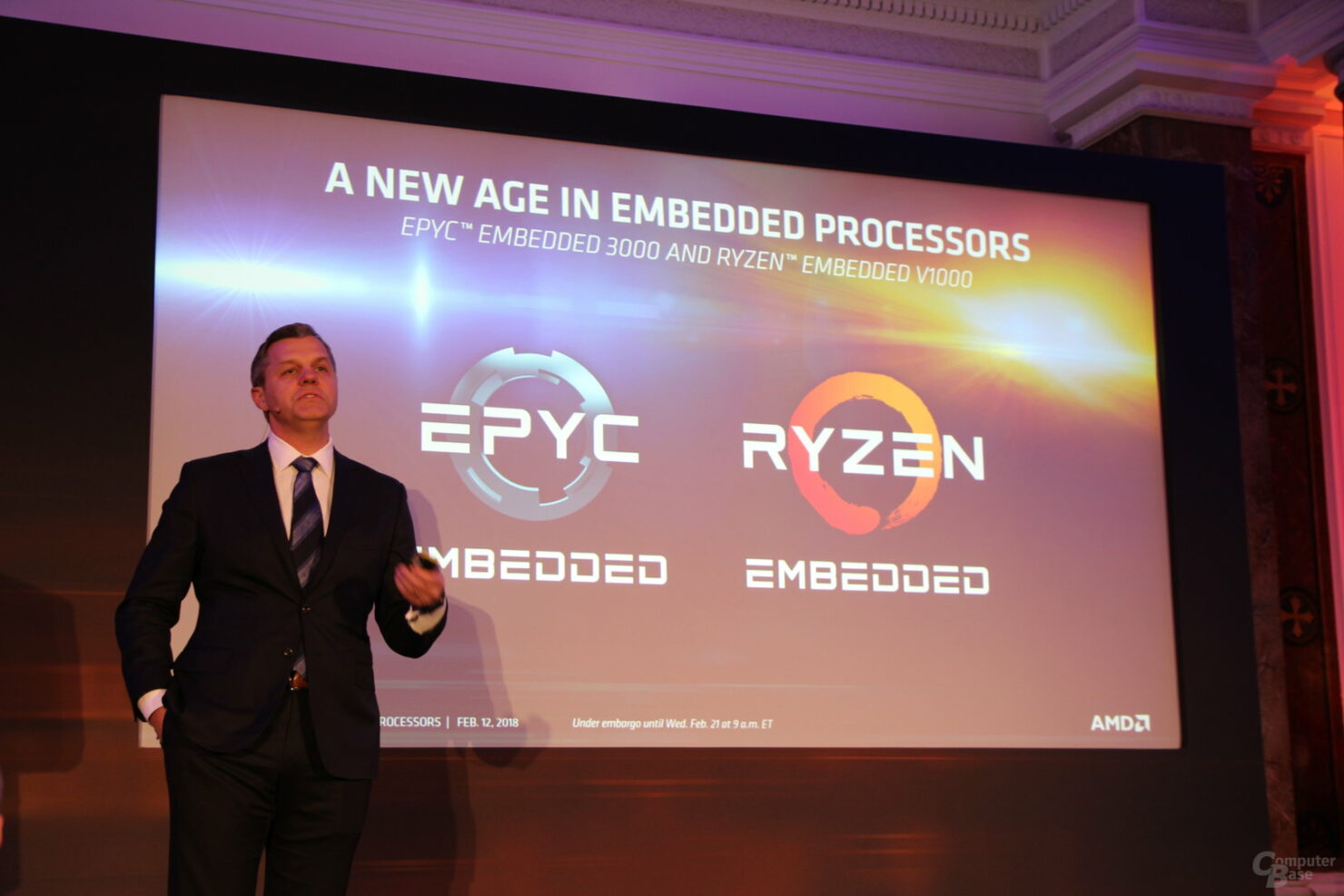 The embedded side of things have always been somewhat lacking in the power department, but with the new AMD EPYC 3000 series (via ComputerBase), that is something which is no longer true. Packing 16 full fledged Zen cores, the EPYC 3000 embedded platform raises the bar with an extraordinary level of computing power. For applications that require the graphics side as well, there is Ryzen V10000, which adds on a Vega die for a lower powered APU configuration.

Unlike the huge EPYC 7000 series, the EPYC 3000 series consists entirely of embedded SKUs. The big and bulky SP3 affair has been ditched in favor of the more ergonomic BGA packaging. Customers will have access to 16 cores / 32 threads with 64 PCIe lanes and a maximum of 1TB RAM. The EPYC 3000 series die is composed of 2 different dies (this is basically the half-naples processor we have been hearing about for quite some time). Each die has a surface area of 213 mm squared.

These processors are of course targeted dead center at Intel's Xeon-D lineup - which scales up to 18 cores. The AMD advantage however, cannot be ignored. The EPYC 3301 will retail for $450 while the Intel Xeon D (an 8-core part) retails for $438. The AMD counterpart features a slightly higher base clock, almost three times the L3 cache and twice the amount of memory capacity. Additionally, the maximum memory speed supported is much higher as well, not to mention twice the PCIe lanes and twice the 10GB Ethernet support.

Up next we have the Ryzen V10000 series. I have to say that compared to the EPYC 3000 series, I find these to be slightly boring. I would really like to see EPYC 3000 solutions that have Vega graphics on board. The Ryzen V10000 series isn't meant for servers though, it is meant for edge applications such as NUCs and very small form factor PCs. With a maximum core count of 4 Zen cores, these are going to be deployed at the HTPC / office scenario for light compute use. 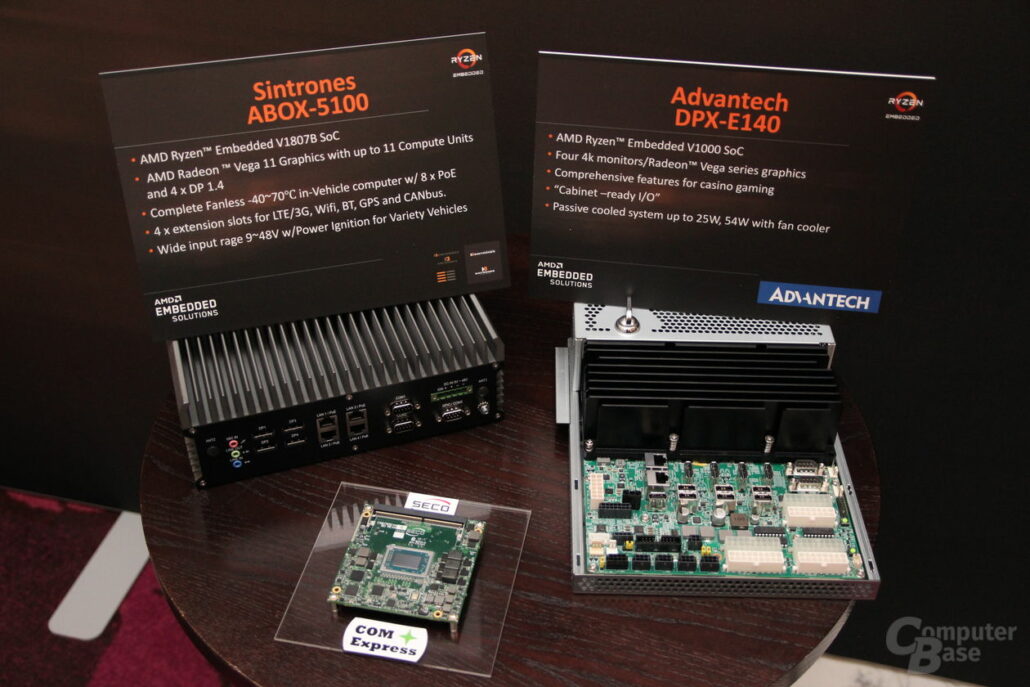 They do however pack a pretty powerful Vega graphics solution. In fact, the flagship Ryzen V1807B packs up to a 704 SP Vega 11 solution clocked at 1300 MHz. That is enough horsepower to play AAA games at medium settings at 1080p30. If you are talking about compute, then these are clocked at 1.8 TFLOPs. This is a pretty decent number and in fact, this is the exact amount of horsepower the original PS4 has.

The Zen cores will be clocked at 3.35 GHz with turbo up to 3.8 GHz (once again, very decent for an embedded APU environment). L2 cache is 2 MB and L3 cache is 4 MB. The platform supports up to DDR4-3200 and has a TDP of 45W. Pricing is currently unknown, but we expect to see a similar value oriented approach as, well, anything else AMD related really.

The platform can support up to 4x 4k displays via HDMI and is really ideal for an office environment. It has a pretty high operating temperature range as well going from -40c to +105 degrees. This is a characteristic which is really desirable, because it makes passive cooling solutions more than feasible. Something worth noting is that while the TDP is 45W, depending on actual usage, it could be as low as 12W of power.