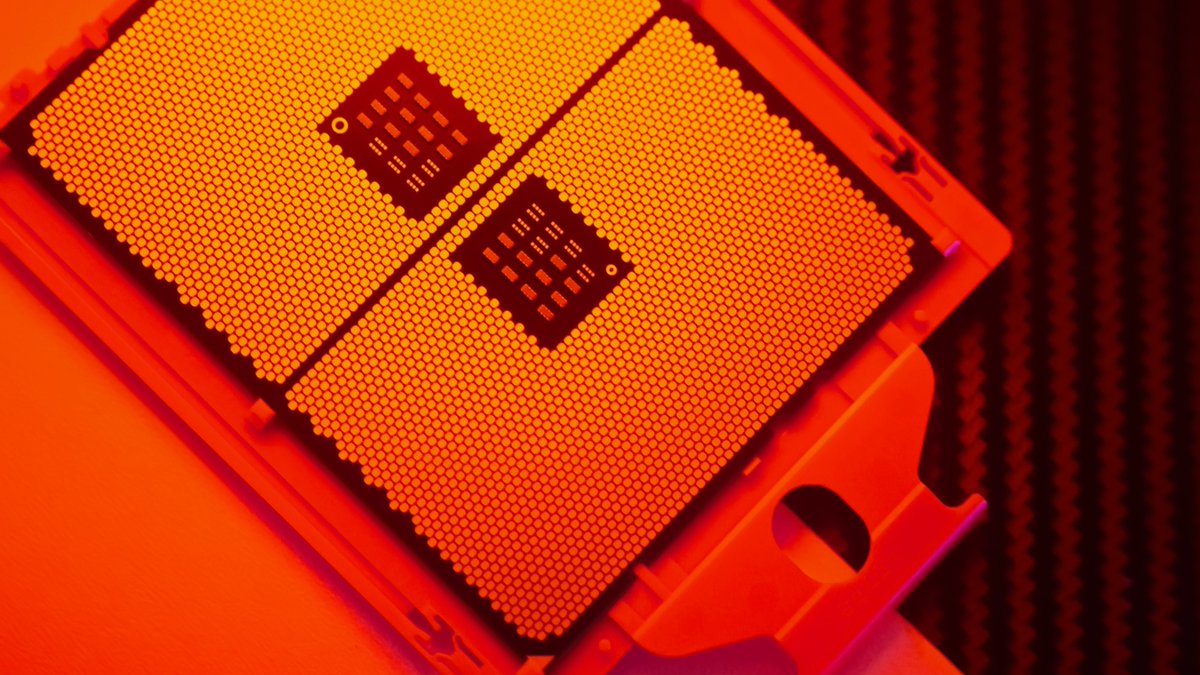 Okay, so I thought I would do something fun. The 3DMark Time Spy benchmark score for the AMD Threadripper 3960X has leaked out, so I dusted off our sample of the Intel Core i9 9980XE and put it through its paces with all the latest drivers to see just how it fares against AMD's 24-core part. Intel recently slashed pricing of its HEDT lineup and has become competitive again in that regard so it will be very interesting to see how the upcoming 10980XE fares against its AMD-based counterparts.

Before we begin, a disclaimer: this post is meant for fun and preliminary insights only. The leak could turn out to be an OC or even a lower-than-normal clocked sample. Always take preliminary leaks with a grain of salt.

Let's start with what the AMD Threadripper 3960X gets in the Time Spy Extreme benchmark. In the recent leak, the upcoming AMD processor scored 12600 points in the CPU score of Time Spy Extreme (TSE). The reason why we should always use TSE instead of FSE for these comparisons is because (according to the company that made these, UL Benchmarks, FSE was not designed to scale past 8 CPU cores, while TSE is designed to scale up to 64 cores. This means that virtually any high core count CPU benchmark conducted with FSE has a pseudo-meaningless score as far as the CPU-score goes. TSE, on the other hand, does not have such problems.

I dusted off our Intel Core i9-9980XE and gave it a first run at stock settings. It returned a meager 8692 CPU score on Time Spy Extreme. That said, the Core i9 9980XE is notorious for having an insanely high overclocking headroom and pretty much every sample can hit 4.5 GHz at least. The reason why Intel is conservative with stock clocks is that not every cooler can handle the heat output (you need an AIO for this) and the power consumption figures rise very fast as well.

I then opened up the BIOS and proceeded to apply a one-click OC setting for 4.5 GHz using all-auto settings and absolutely no tweaking. This ensures that practically anyone with this processor, even a newbie, can replicate this quite easily.

At 4.5 GHz, I got a much more palatable score of 10659. This is something that is truer to the potential of a generic Core i9 9980XE sample and should be indicative of the upcoming 10980XE's OC headroom for the vast majority of consumers. Charting these numbers gave some very interesting results: 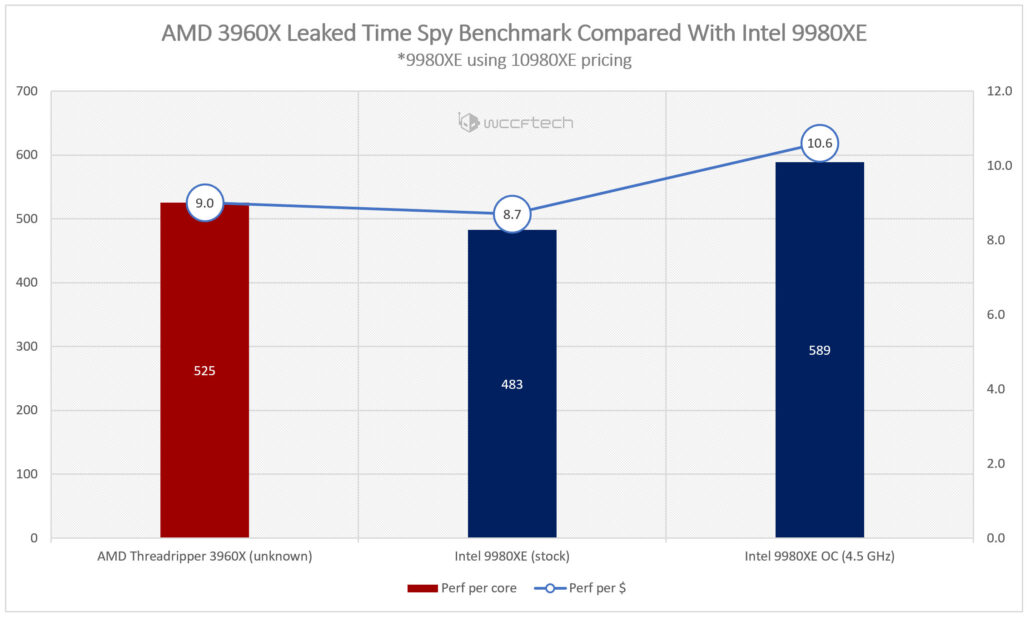 I am using the 10980XE price of $979 to make it fair since no one in their right minds is going to buy a 9980XE for $1999 and the 9980XE is just acting as a placeholder for the upcoming Intel Core i9 10980XE. The AMD 3960X is a 24 core processor so we will need to look at the perf per core and the perf per dollar figures to get a better idea of the value proposition of both these parts. The AMD Threadripper is priced at a performance per dollar figure of exactly 9 points and scores roughly 525 points per core. The Intel 9980XE on stock on the other hand, lags behind at 8.7 points per dollar and has a per-core score of 483 points.

Once you apply a simple overclock however, things change drastically. The Intel Core i9 9980XE suddenly shoots past the AMD 3960X and nets a performance per dollar figure of 10.6 (TSE utilizes AVX2 by the way) and a per-core figure of 589. Since the 10980XE is based on Intel's highly mature 14nm+++(?) node as well, we expect it to have a similar headroom for overclocking and this metric should be roughly representative of a performance just about anyone should be able to achieve.

Here is the catch though. The question then becomes, just how much can the AMD Threadripper 3960X overclock. Depending on how much headroom the 3960X part has, the equation could likely change again to favor AMD - although it is a fair bet (but a bet nonetheless! not confirmed!) that Intel's 14nm+++ process should still be able to clock higher. Unfortunately, I don't have access to a sample so this is something we'll have to wait for!