A newly leaked AMD Server Roadmap has detailed AMD's Next Generation Dublin and Macau Processors. The 32nm SOI based would arrive in 2013 and would feature upto 10 - 20 Bulldozer Cores.

The current Server oriented chips (Valencia and Interlagos) consist of 4-12 Cores and would be released on September 29th as we detailed a few moments ago here. These chips would be replaced by Sepang (10 Cores) and Terramar which would feature a whooping 20 Bulldozer Enhanced Cores.

The high-end Terramar and Dublin (20 Core chips) would be compatible with G2012 server platform code-named Porto which features Quad Channel DDR3 memory interface and also PCI-e 3.0 support while the 10 Core based Macau and Sepang would be compatible with C2012 (Codenamed Luxembourg) platform featuring Triple Channel memory controller and PCI-e 3.0 support.

Also the 2013 chips would feature the next generation bulldozer architecture which would provide a significant performance boost over the 2012's Enhanced Platform without the need for increasing the x86 Bulldozer cores. You can check out more details in the earlier post below or head over to source. 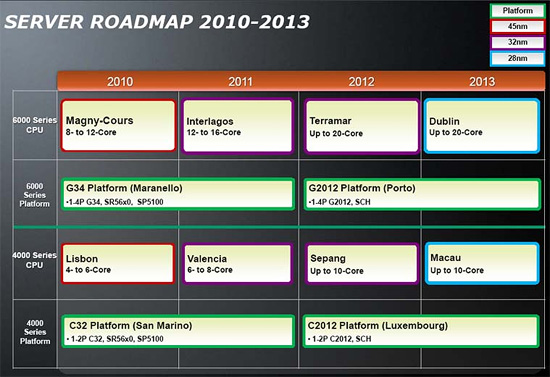 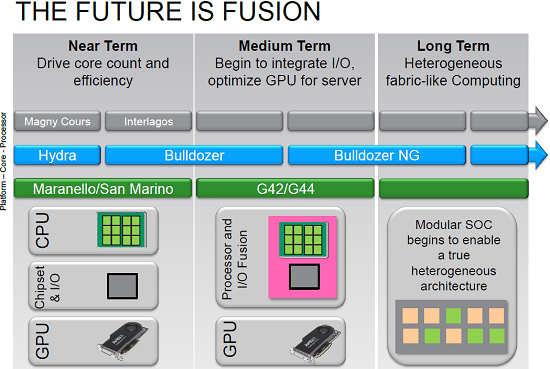