The first AMD Ryzen samples have been sent out to reviewers and some have even started testing these chips under extreme cooling. Our first report comes from HWBattle who have acquired an AMD Ryzen processor and an AM4 socket motherboard based on the X370 chipset. AMD Ryzen processors will be officially launching on 2nd March.

The latest pictures by HWBattle show that they had received a sample of the AMD Ryzen processor. We don't know which model is being used here but it comes in the same box package that AMD has been sending out to reviewers since the Bulldozer days. The chip was tested on a BIOSTAR Racing X370 GT7 motherboard which is a top notch product featuring the AM4 socket. While the first picture doesn't show much, it's the second that will make things interesting.

The second picture shows the whole test rig in operational mode. The Windows logo can be seen booting up and if you look closely enough, you will see that the CPU is running under LN2 cooling. A multimeter shows temperatures of -29C and the site reports that the new samples come with the cold bug fixed. While AMD hasn't shown us any demos of Ryzen chips overclocking, extreme overclockers know that AMD chips have had a few cold bug issues in the past and this is to double check whether any issues persist on the latest CPUs.

There is no mention of what scores, clocks or performance was achieved during the testing session. From the looks of it, this was just a test run of the processor under LN2 cooling and we might see some more results from the folks at HWBattle in a few days. 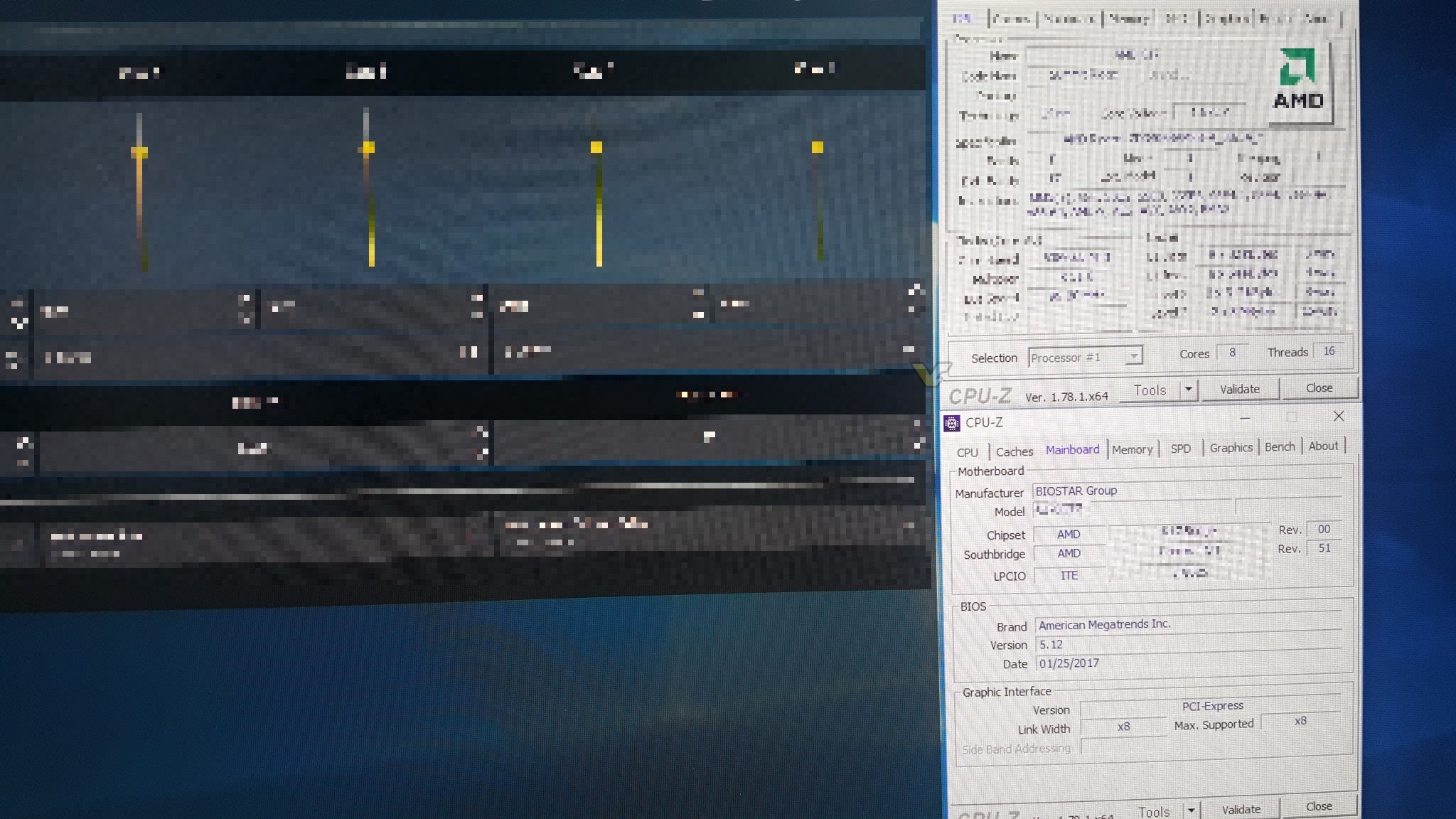 Videocardz has managed to obtain a rather interesting picture of what seems to be a dedicated overclocking utility for AMD Ryzen processors. The screenshot above shows that the system is running an 8 core, 16 thread Ryzen chip and the overclocking utility can be seen next to CPU-Z. We can see that the utility allows control of clock speeds for individual cores and there are tons of other features that we can expect in regards to overclocking.

Our sources have told us that AMD has planned a secret event known as the "AMD Ryzen Day" where they will be briefing journalists about Ryzen processors. AMD will also be handing out Ryzen and AM4 motherboard units to reviewers who will be invited at the event.

The event will be held in a few days and all major Ryzen CPU dev teams will be at the event to share key information about the Zen architecture that is incorporated in the CPUs along with Ryzen lineup specific details. This will allow journalists to gather details on the core, clock specs on all Ryzen SKUs that will be available at launch.

We were also told that while some tech sites have received Ryzen samples, they are not officially from AMD themselves but rather their local PR teams working in different regions. Due to miscommunication, most tech sites have acquired these samples before they were supposed to and as such, we are looking at multiple sites posting pictures of these samples on the net.