An AMD Ryzen 7 5000G Cezanne Desktop APU utilizing the Zen 3 core architecture has been tested by a Chinese leaker who suggests that it could be an engineering sample of the Ryzen 7 Pro 5750G. The leaker also showcased some overclocking capabilities of the chip, pushing it to 4.8 GHz across all cores.

The AMD Ryzen 5000G Desktop APUs have been doing the rounds in leaks for a while now. We are aware that certain OEMs and motherboard manufacturers are already testing these chips but only recently, we saw some of the APUs appear on eBay and various other Chinese outlets which means that these APUs are being provided or being sold to people with proper sources, bypassing NDA's set by AMD. 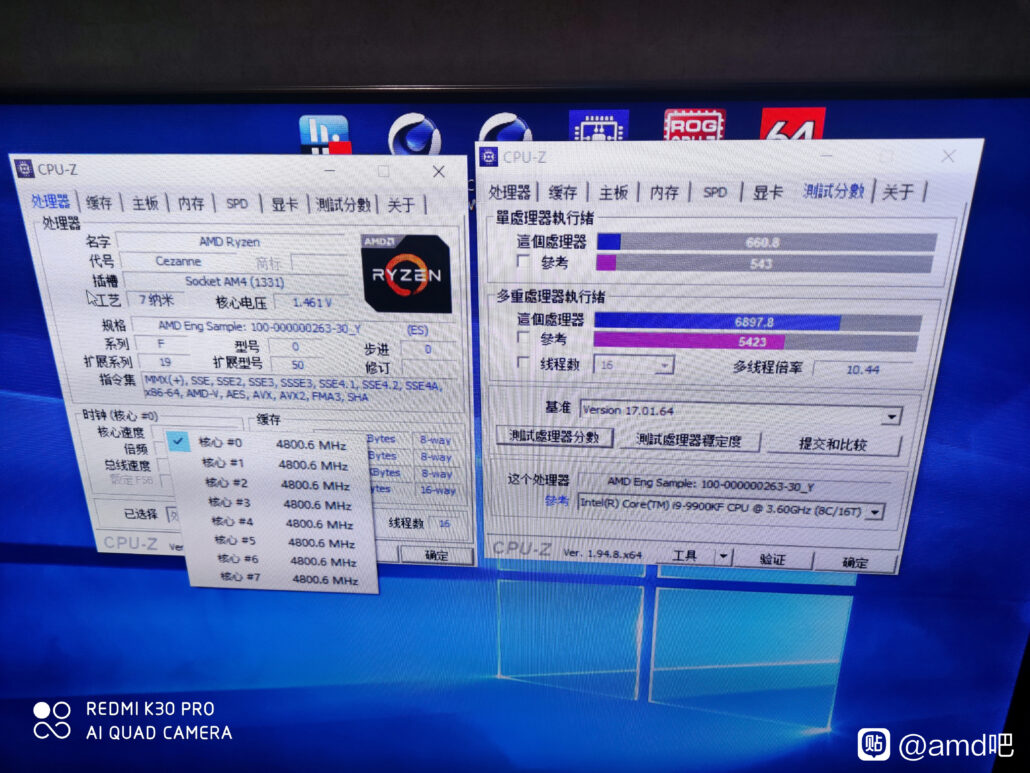 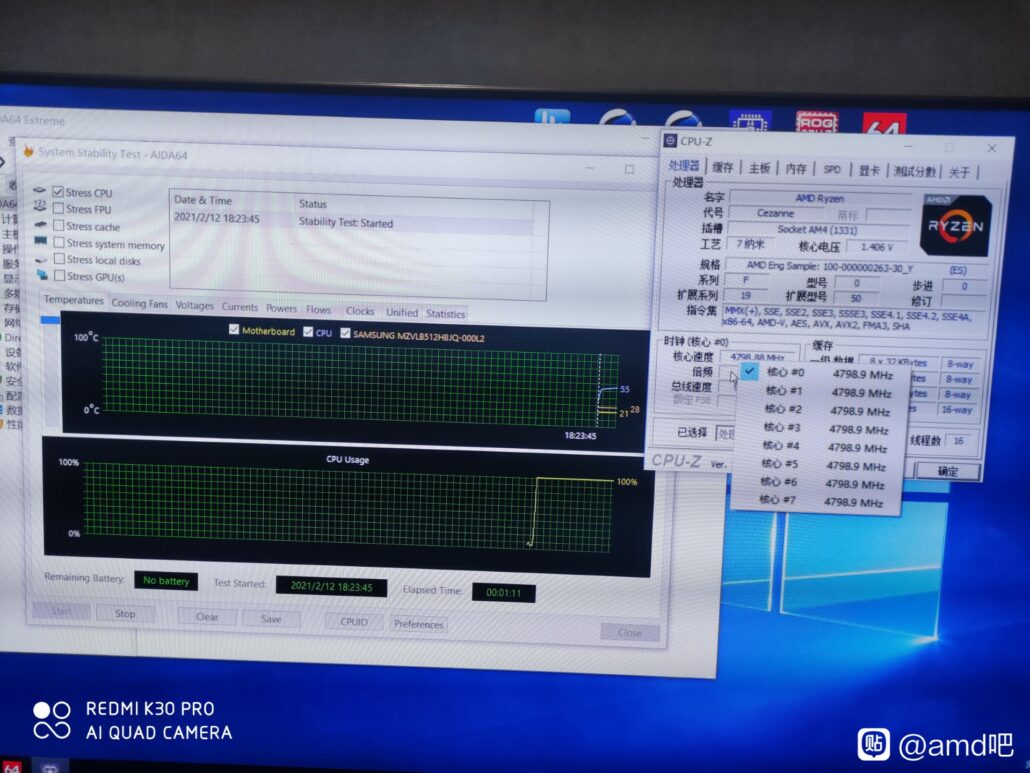 The leaker overclocked the AMD Ryzen 7 PRO 5750G Cezanne Desktop APU to 4.8 GHz across all 8 cores. A voltage of 1.47V was used and further overclocking resulted in system instability & crashes. The user states that he even pushed the voltage to 1.5V when overclocking the chip to 4.9 GHz but it didn't work out well. The test platform consisted of an ASUS ROG Crosshair VII HERO WiFi board which utilizes the X470 chipset and 16 GB DDR4-4133 MHz (CL-22-26-26-42 CR1) memory.

We are not sure if X470 boards have the proper BIOS support for Cezanne Zen 3 APUs yet so the results you will be looking at may not be indicative of final performance. Also, the memory timings aren't the best nor are the clock speed and we have seen AMD APU results get far better with higher memory speeds and tighter timings.

With that said, let's move over to the benchmark results for the AMD Ryzen 7 PRO 5750G Zen 3 Desktop APU. In CPU-z, the chip scored 660.8 points in single-core and 6897.8 points in the multi-core tests. In AIDA64, the APU posted decent memory and cache bandwidth numbers though the latency was slightly higher due to the aforementioned reasons. With these scores, the APU is just as fast as the Ryzen 7 5800X and you can see the comparison below: