The first AMD Ryzen 7 5700U Lucienne 'Renoir Refresh' Zen 2 APU benchmarks have leaked out which show performance faster than the previous-gen flagship Ryzen 4000U series APU. The Ryzen 7 5700U will be a direct replacement to the Ryzen 7 4700U but offer an improved core clock and slightly better process optimization.

The AMD Ryzen 7 5700U APU is no stranger to us as it has leaked out several times before. The APU is part of the AMD Ryzen 5000 mobility family known as Lucienne which is based on the 2nd Generation Zen core architecture and is also referred to as Renoir refresh.

In terms of CPU performance, the Ryzen 7 5700U managed to score up to 1172 points in the single and 6595 points in the multi-core tests within Geekbench 5 (via TUM_APISAK). The second Ryzen 7 submission shows a lower score of 1111 single and 6099 multi-core points. Both systems are based on the same specs & APU and will be part of the new HP Pavilion 15 series which launches early next year around CES 2021. 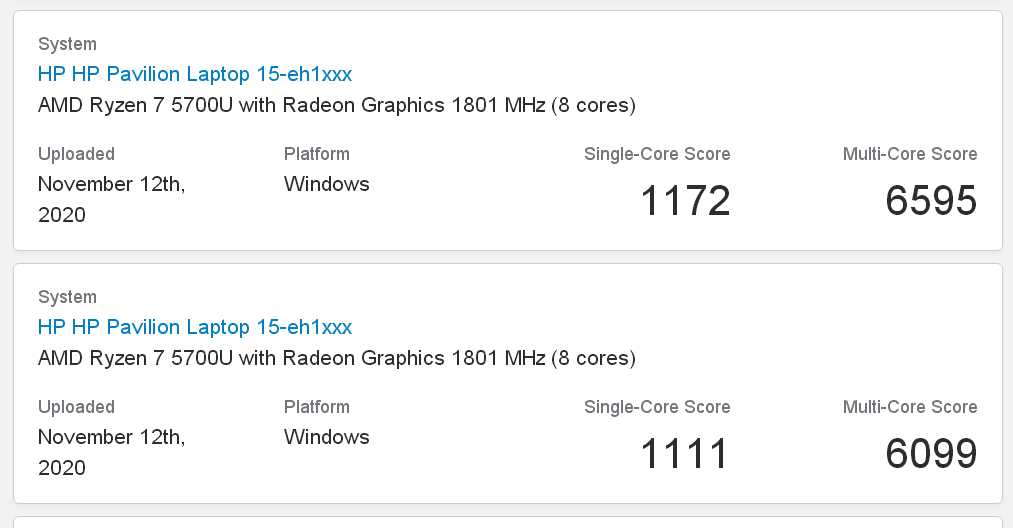 The Renoir Refresh Ryzen 7 5700U APU has already been listed within Acer's upcoming Aspire A515 notebook which launches around January-February 2021. We will definitely be getting more info on the lineup by CES 2021 which is two months from now.