The AMD Ryzen 7 5700G 8 Core Cezanne APU has been overclocked and benchmarked over at the Chiphell forums. The leaker provides a detailed overview of the overclocking performance that the Zen 3 APU has to offer and also provides some other details such as PCIe support and memory IMC performance.

This is the third appearance of the AMD Ryzen 7 5700G in leaked benchmarks as we have seen the chip in two leaks earlier (Leak#1 / Leak #2). The APU is part of the Cezanne Desktop APU family that should be arriving in 1H 2021 to the retail segment. AMD is currently focused on its Ryzen 5000U & Ryzen 5000H mobility APUs which are also part of the Cezanne family and knowing that they were introduced just recently, the desktop launch could still be a few months away. 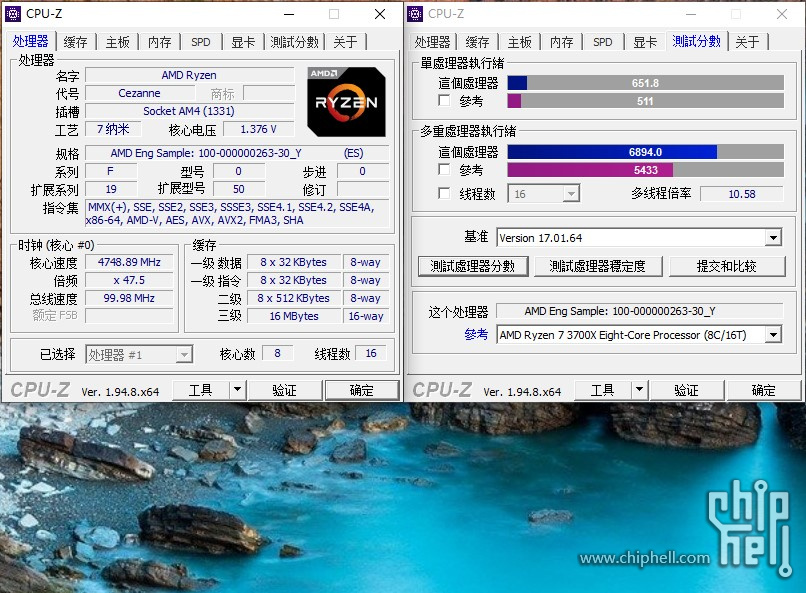 The previous leak showed us a 3.80 GHz base and a 4.60-4.65 GHz boost clock. Other specs include the AMD Radeon Graphics based on the enhanced Vega architecture with 8 CUs or 512 cores. The clock speed for the Vega GPU should also be higher than the 2.1 GHz frequency we got on Ryzen 4000G CPUs. 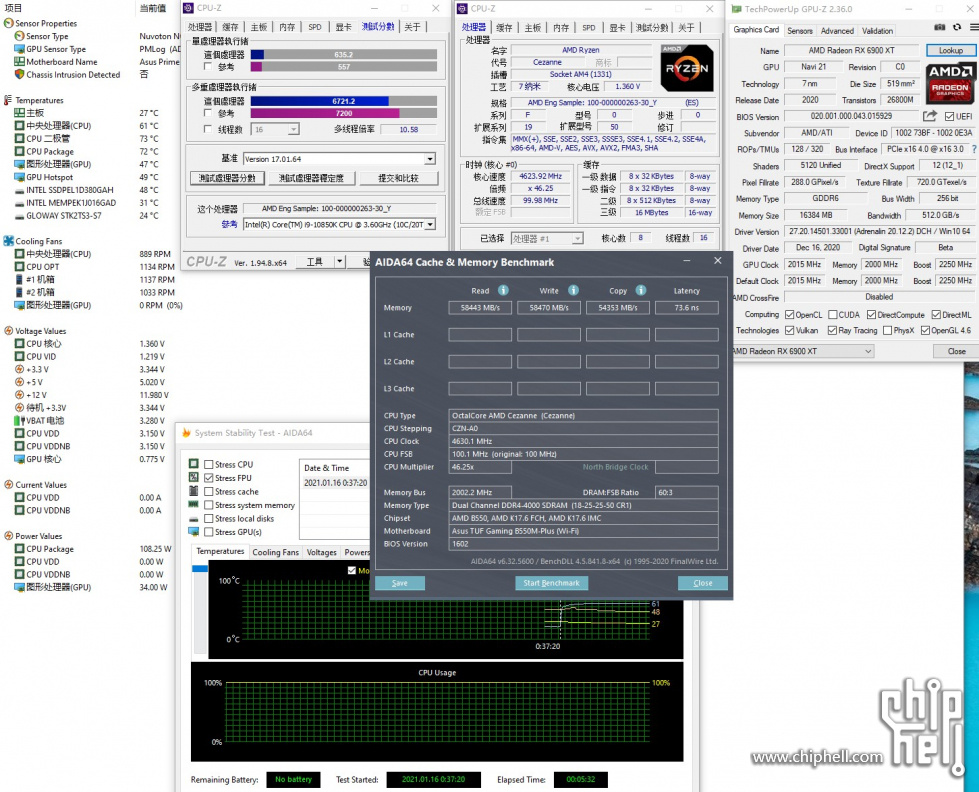 The APU was tested on the ASUS TUF Gaming B550M-PLUS (WiFi) motherboard with a Radeon RX 6900 XT graphics card and 16 GB of DDR4 memory running at 4000 MHz (CL18-25-25-50 timings). The leaker tested out various overclocked settings and pushed it up to 4.75 GHz with a voltage of 1.376V. The user posted ran just one benchmark with these settings and resorted to a more stable clock speed of 4.625 GHz with a voltage supply of 1.36V. Cooling consists of the DeepCool Assassin III air cooler which is a very high-end solution and the leaker also reports that any 240mm AIO will be good enough for the chip.

Temperatures for the chip were reported at 72C for the CPU package with the overclock which are pretty decent but once again, the higher voltage requirement for this particular ES chip would not carry over to the QS variant so final chips will feature even lower temperatures. Other interesting details include support for only PCIe Gen 3.0 which is confirmed since the Ryzen 5000 mobility line launch. The leaker also states that enabling SAM directly affects the SOC voltage. Without SAM, the voltage is set to 1.15V by default while enabling SAM raises that to 1.2V.