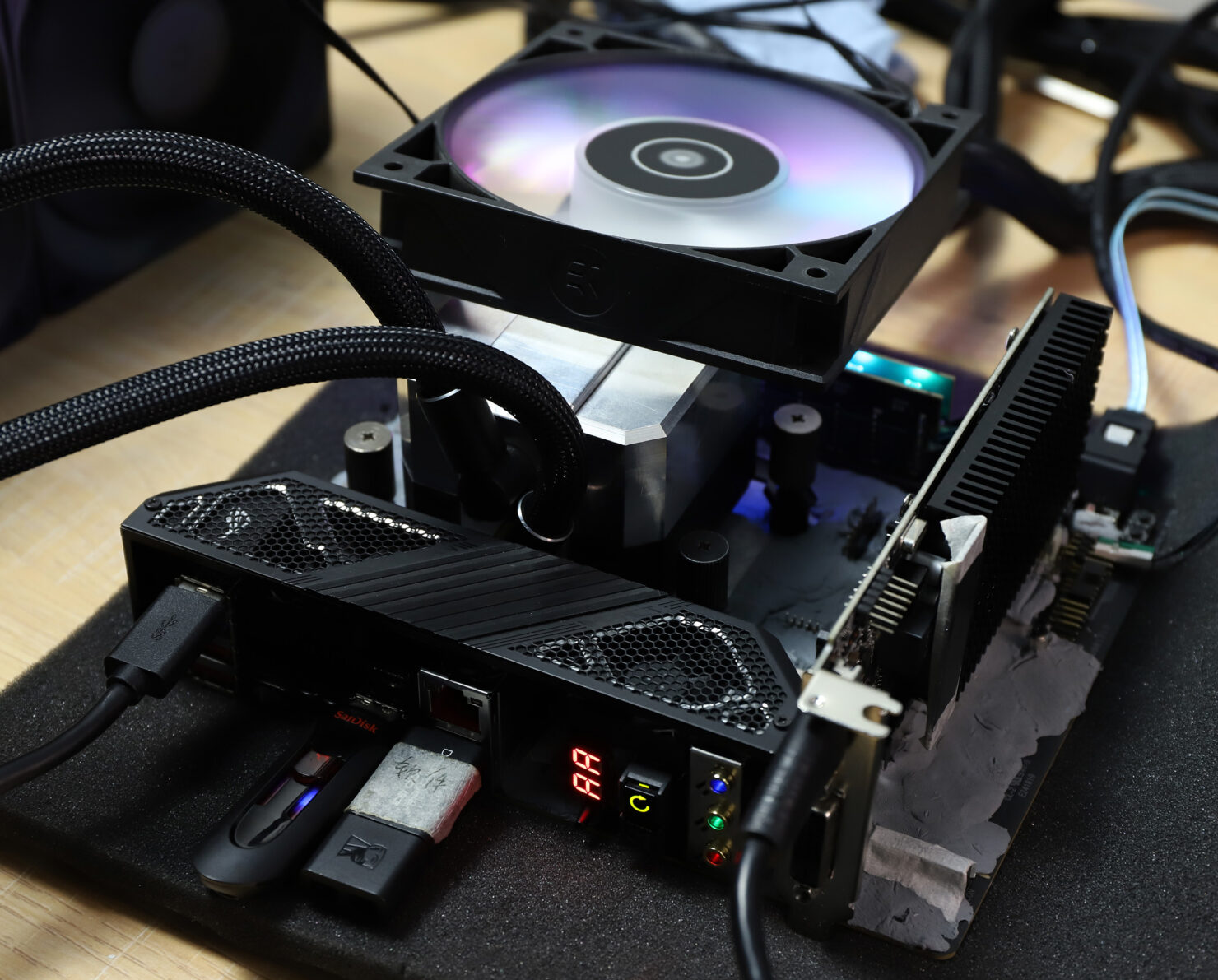 The AMD Ryzen 7 4700GE 'Renoir' APU has been tested with high frequency memory & the overall results are just mind-blowing. The said chip will be part of the upcoming Ryzen 4000 'Renoir' APU lineup and expected to hit retail shelves in the coming month. 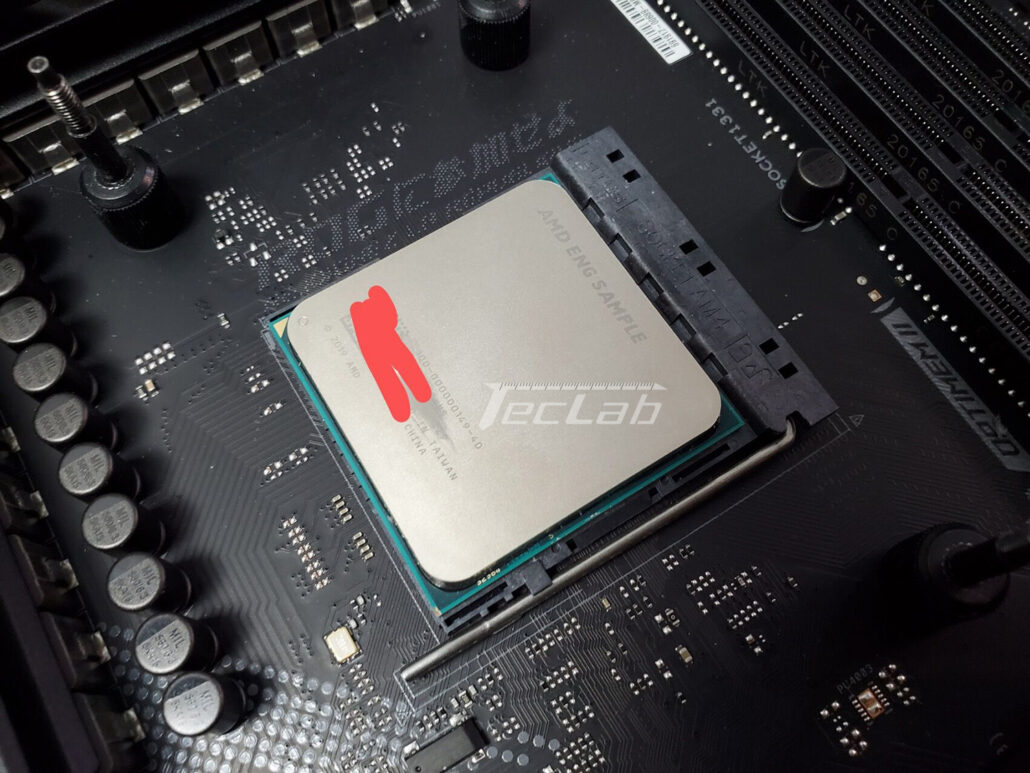 The Ryzen 7 4700GE was seen in action today as indicated by the codename of the same which is 100-000000149-40_40/30_Y. The APU still seems to be in an early engineering state which is made evident by its clock speeds. The Ryzen 7 4700GE features 8 cores and 16 threads. The CPU comes with 4 MB of L2 and 8 MB of L3 cache which is due to the monolithic design that the Renoir APUs feature compared to the chiplet design on the standard Zen 2 based CPUs. 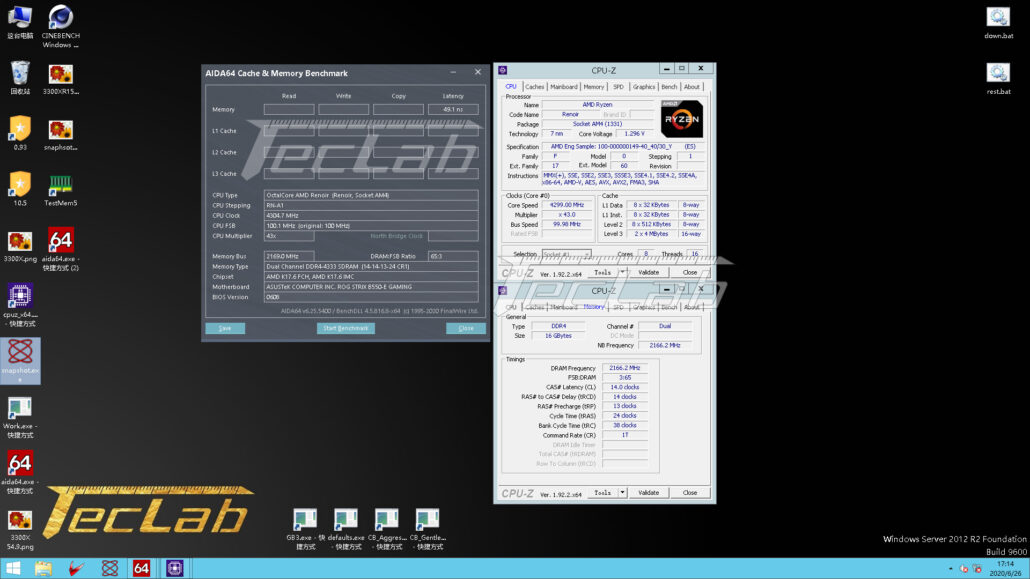 Coming to the benchmark which was ran with AIDA64 Cache and Memory Benchmark, the Ryzen 7 4700GE was tested on an ASUS ROG STRIX B550-E Gaming motherboard with two 8 GB DDR4 sticks running at 4333 MHz memory speeds at CL14 timings (14-14-13-24). The infinity fabric clock can be seen maintained at 2166 MHz (FCLK) which is pretty amazing and show us what a monolithic chip with Zen 2 can achieve. Another leak from Chiphell points that AMD's Ryzen 4000 Renoir desktop APUs can actually maintain a infinity fabric clock of 2200 MHz. 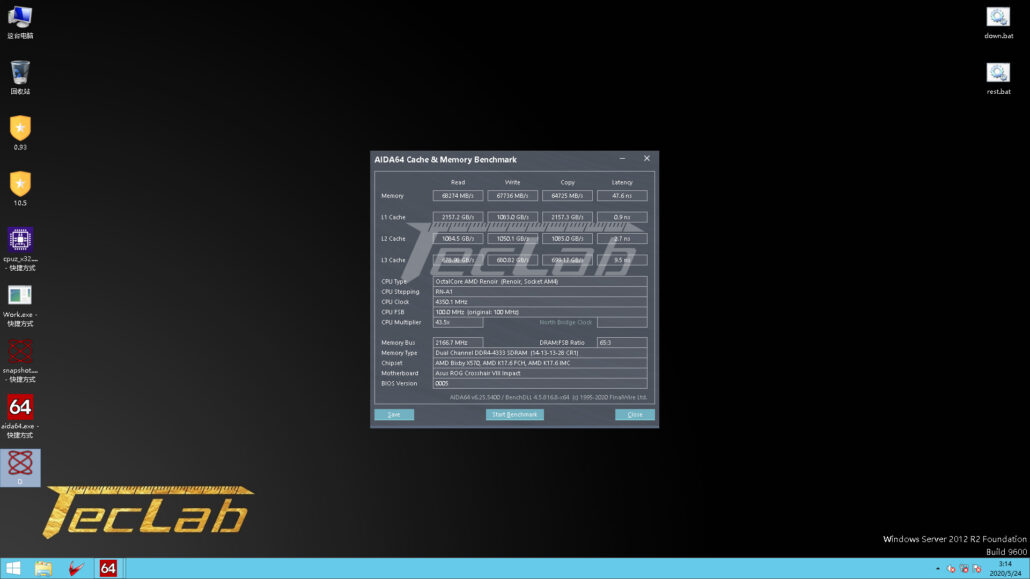 The CPU seems to be overclocked to 4.30 GHz on all 8 cores and 16 threads considering the speed doesn't match either the base or boost frequency of the ES part. In raw performance numbers, the Ryzen 7 4700GE was able to deliver a 49.1ns. But in a second test reported by HXL which was also conducted by Teclab, we see the CPU overclocked to 4.35 GHz and using CL14 timings of 14-13-13-28 on the same DDR4-4333 speeds but on the ASUS ROG Crosshair VIII Impact motherboard result in a latency of 47.6ns.

Teclab also reports that with water cooling, the same platform will be able to maintain a latency of 45ns which is superb for Renoir APUs.

We've previously seen an overclock of up to DDR4-5400 MHz with AMD's Ryzen 7 4700G on B550 platform. This just goes off to show the great memory performance one can expect from the 3rd Gen Ryzen 4000 APUs. The extra bandwidth from high-frequency memory will definitely help the graphics chip on the card, offering faster performance.