The AMD Ryzen 7 2700X has seen some incredible deals recently but nothing as insane as the one that's going on at Microcenter where the boxed processor can be bought for just $130 US. Ryzen 7 2700X launched back in 2018 and is the only 8 core and 16 thread chip which you can find under $ 200 US right now.

Back when the AMD Ryzen 7 2700X launched, it was the first 8 core and 16 thread chip for the mainstream segment. Intel would have their answer several months later in the form of the i9-9900K. The chip retailed for $329 US and offered some decent specifications with its 12nm FF based Zen+ cores.

Detailed specifications of the Ryzen 7 2700X include 8 core and 16 threads clocked at 3.7 GHz base and 4.35 GHz boost. The chip carries 20 MB of cache and has a rated TDP of 105W. The Boxed CPU comes with the AMD Wraith Prism cooler which offers good thermal capacity to keep it operating cool and stable.

The processor can now be bought for $129.99 US from Microcenter which is $190 US worth of savings. That's an absolute steal which is further sweetened with the added promo which includes one AAA title of your choice (Outer Worlds, Borderlands 3, Gears 5) and an Xbox Game Pass for PC. The only downside is that you would have to be near a micro center store as the deal is only applicable to in-store pickups. If you are one of the lucky ones close to a Microcenter or have a friend that's near one, then grabbing the processor for a mainstream gaming PC build would be fantastic. 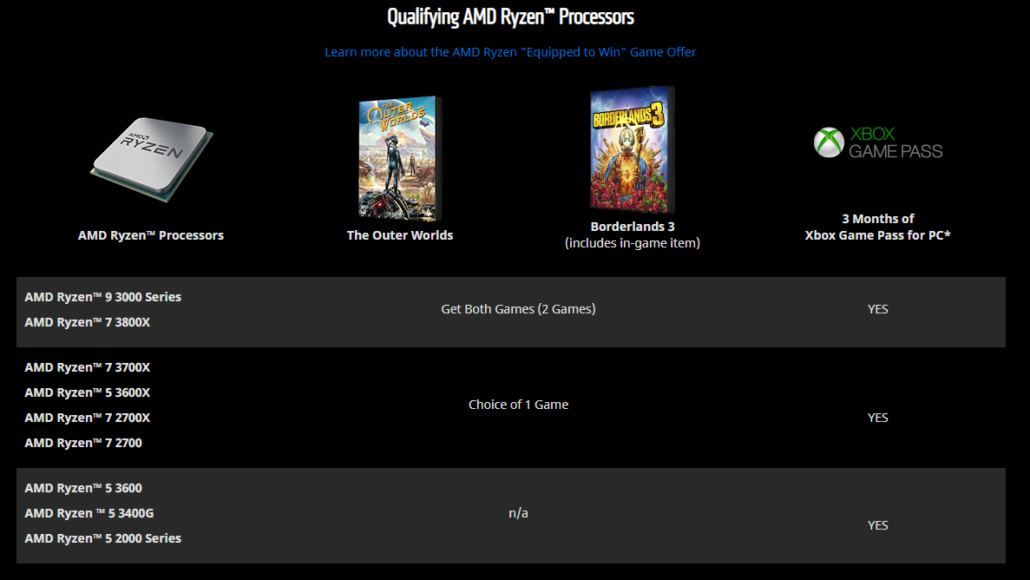