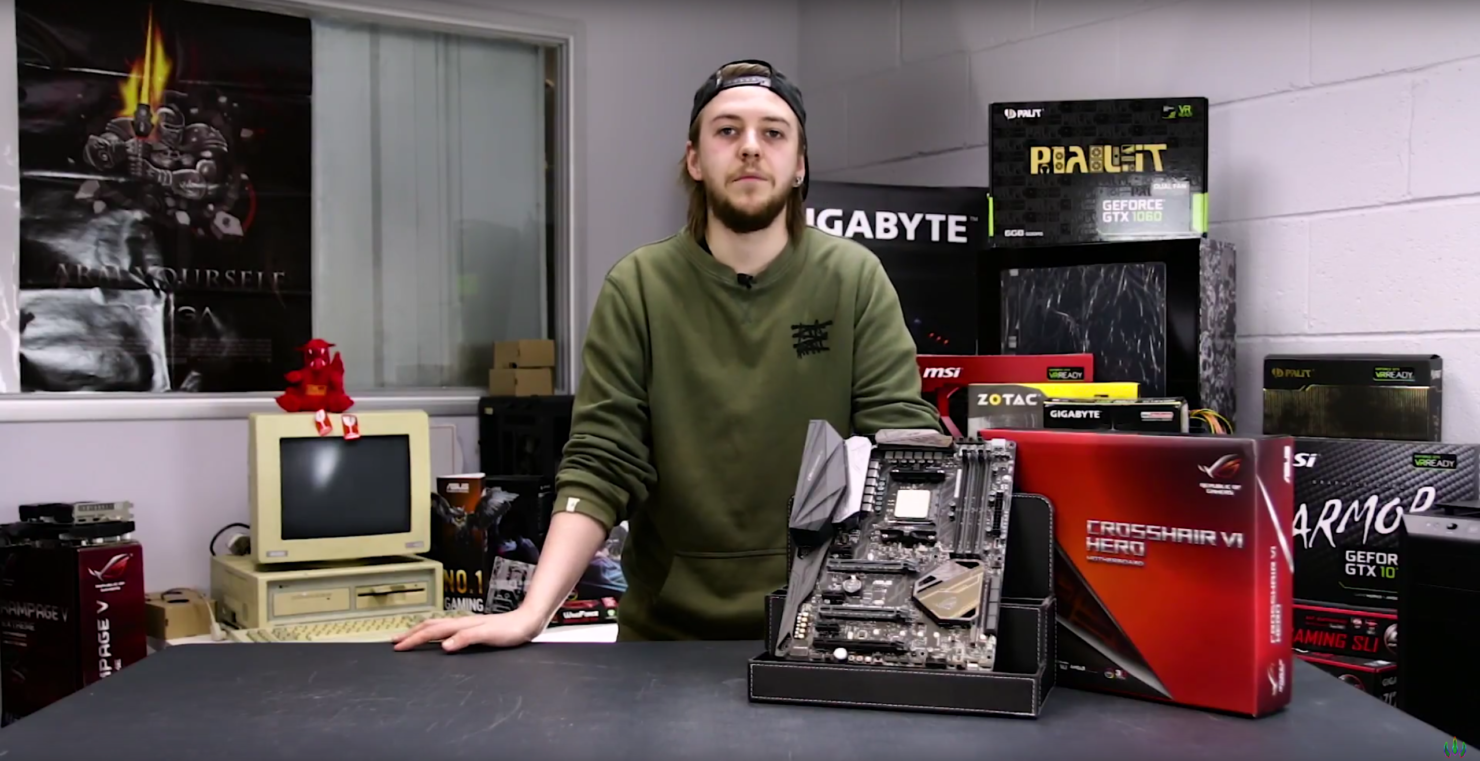 The very first performance benchmarks of the AMD Ryzen 7 1700 processor versus the Intel Core i7 7700K have just been posted by Dino PC from OCUK who posted a video over at his YouTube channel revealing the interesting results.

This is the first instance where we will be looking at real world performance figures of the upcoming Ryzen 7 series processors. Lately, many leaks and AMD's official presentations have highlighted that performance should exceed or be on par with Intel's Broadwell-E processors for the enthusiast range while Ryzen 5 and Ryzen 3 series will tackle the mainstream Intel Kaby Lake processors with a good punch.

The testing platform used by Dino consisted of the following hardware. Each setup used the same GPU, memory kit, PSU and cooling system, however different motherboards were used due to incompatibilities of socket for both companies.

We are first gonna focus on the result which many have been waiting to see. It's one game but it tells a lot. GTA V is a game that loves fast CPUs and that results in the Core i7 7700K outperforming the Ryzen processor at both stock and overclocked clocks. The Core i7 7700K chip operates at a base frequency of 4.2 GHz and boosts up to 4.5 GHz while the AMD Ryzen 7 1700 operates at 3.0 GHz and goes up to 3.7 GHz. So yeah, there would be a difference in a game that is optimized for faster clocked chips. The minimums of the Ryzen 7 go below 30 FPS which might cause concern, but we are sure that an overclock can help it to keep up with the Kaby Lake series in such scenarios. 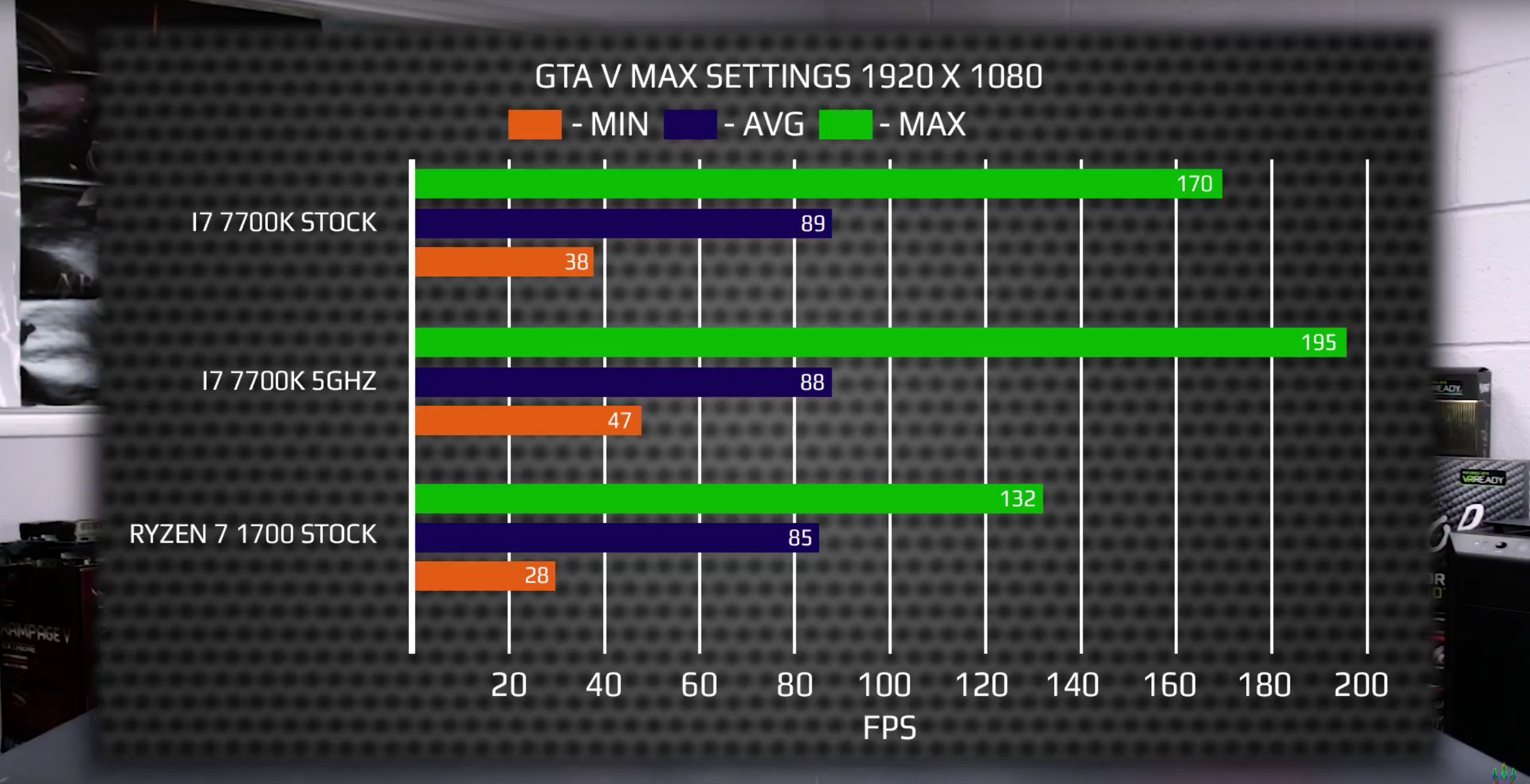 The second benchmark is for both chips in Cinebench R11.5 benchmark. The Ryzen 7 1700 was tested at a clock speed of 3.4 GHz which is higher than it's stock 3.0 GHz base clock. It was compared against Intel based chips which featured frequencies beyond 4 GHz so it's obvious that Intel won at the Single thread performance tests but was destroyed at multi-thread tests. 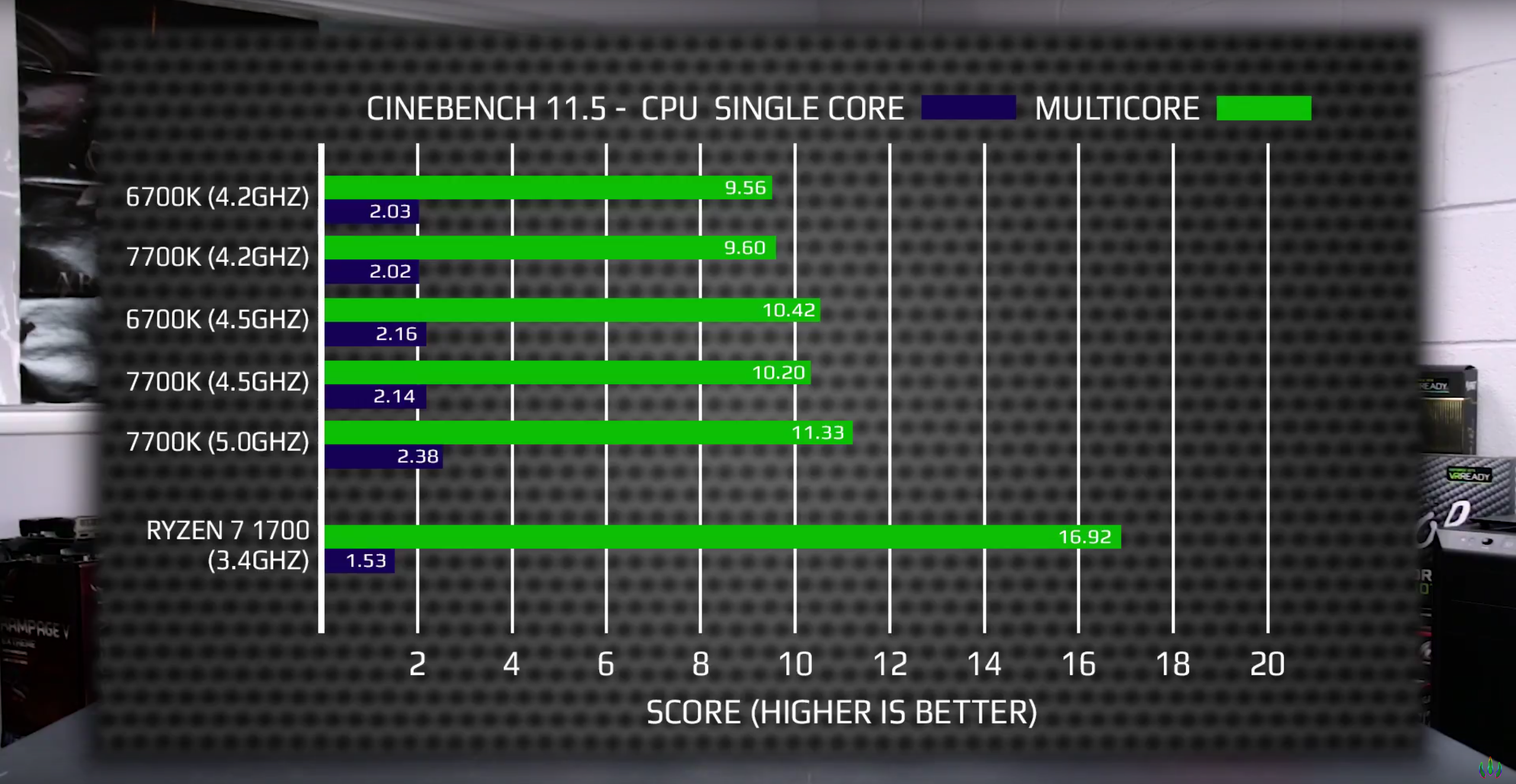 What matters for Ryzen now is how many developers start using more multi-core optimized APIs and software layers. Use of proper optimization for multi-core technologies will result in showing Ryzen's real potential but games like GTA V, while very popular among PC gamers, doesn't utilize it to a vast extent.

These aren't the full results for Ryzen as far as gaming as concerned and we should definitely wait for the final day reviews which should be up by next week. Ryzen looks great and very competitive against Intel's most high-end multi-core, enthusiast level, flagship chips which is a big achievement for AMD and a big win for the PC gaming industry as a whole.