We have been talking a lot about high-end mobility processors since CES 2020, whether they be from AMD or Intel. Today, we will be talking about a more mainstream contender, the 6 core AMD Ryzen 5 4600, which has the potential to become one of the best gaming CPU in the mainstream notebook segment.

The benchmarks come courtesy of _Rogame and TUM_APISAK who have found various entries of the AMD Ryzen 4000 series and Intel's 10th Gen Comet Lake-H processors since the last couple of months. The latest benchmarks show us a more clear picture of what to expect from AMD and Intel in the mobility segment in the next couple of months when actual laptops based on these CPUs will start hitting retail shelves. You can find information on the Intel 10th Generation Comet Lake-H and AMD Ryzen 4000 mobility CPU families at their respective links.

Moving to the juicy bits, first up we have the specifications for the AMD Ryzen 5 4600 which packs 6 cores and 12 threads. The chip has a base clock of 3.0 GHz and a base clock of 4.0 GHz. The Ryzen 5 4600 will come in a standard 45W and a binned 35W (HS) variant. Both variants would feature 6 Compute units for a total of 384 stream processors clocked at 1500 MHz along with 11 MB of total cache available on the chip.

As you can tell from the benchmarks posted above, the Ryzen 4000 H-series lineup is comfortably sitting on top of the performance charts with the Ryzen 7 4800HS taking up top place and coming in super close to the Ryzen 7 3700X which is an 8 core, 16 thread desktop chip with much higher clock speeds while the Ryzen 5 4600H tackles the Core i7-10750H and even outpaces it with more higher-end laptop configurations. Intel definitely has more than just the Core i7-10750H in its own inventory with the Core i9-10880H and the Core i9-10980HK being the fastest 5.0 GHz+ 8 core parts but AMD has yet to unveil its own Ryzen 9 4900H/HS CPU which will only be powering the highest-end gaming notebook configurations with clock speeds as high as 4.4 GHz across 8 cores and 16 threads. 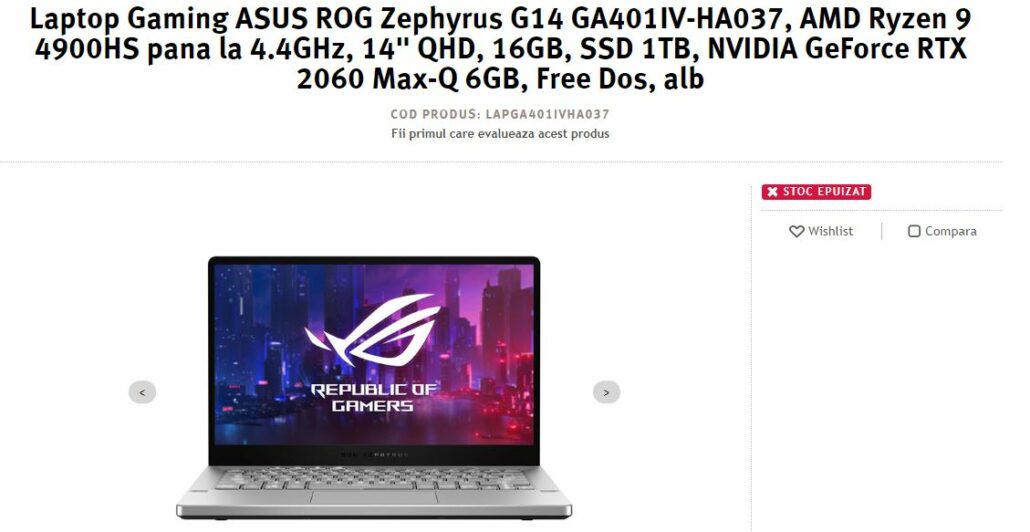 Other interesting things from the leaked entries spotted by _Rogame include the first benchmarks for the AMD Radeon RX 5600M GPU which is based on the Navi 10 graphics core and features 6 GB of GDDR6 memory. The Radeon RX 5600M offers similar specifications as the Radeon RX 5600 XT and from the 3DMark entry, is shown to be up to 30% faster than a GTX 1660 Ti Max-Q laptop with the same Ryzen 5 4600H processor. The Radeon RX 5600M laptop was configured with just 8 GB of DDR4 memory so expect that to be a bottleneck for the system.

There's definitely a lot of development happening on the mobility front this year and it looks like AMD might just have the upper edge in the mainstream and even the high-performance notebook segment with its 7nm Zen 2 cores. Expect more details on the new laptops along with prices in the coming weeks as OEMs finish the final touches on their next-gen laptops.