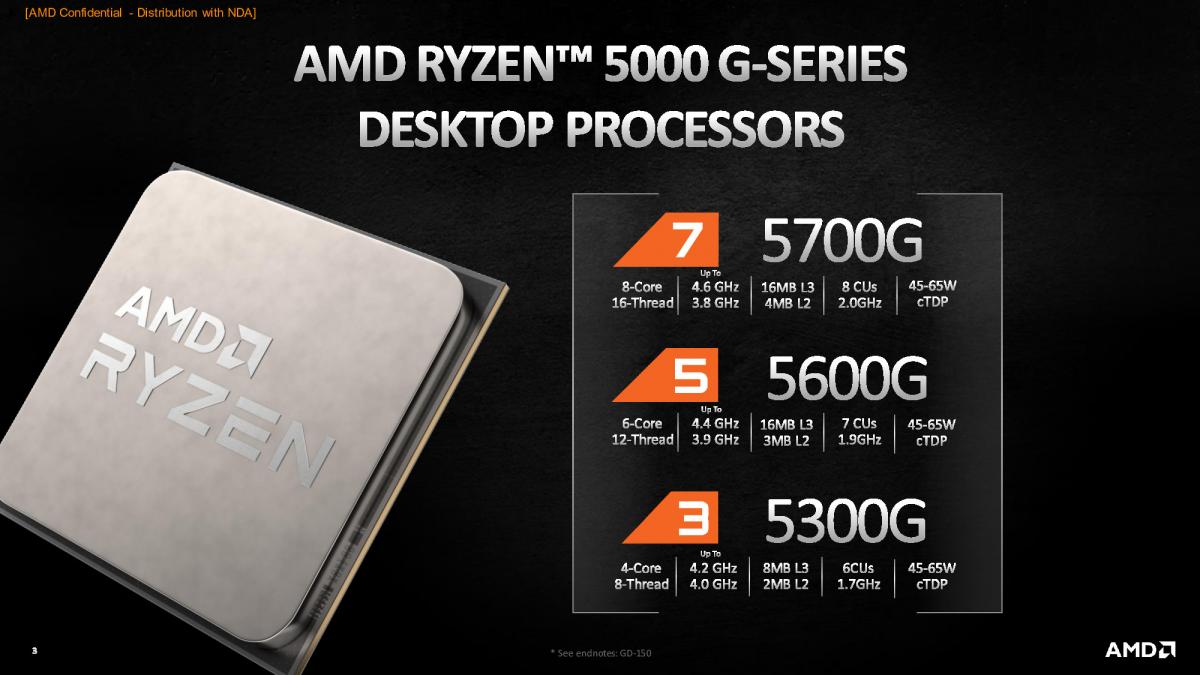 AMD's Ryzen 3 5300G, its most entry-level Cezanne Desktop APU with a quad-core design, has been overclocked to an impressive 5.6 GHz on LN2 cooling. The CPU validation was spotted by APISAK and shows the vastly improved overclocking potential of the Zen 3 core architecture.

AMD recently announced its Ryzen 5000G Desktop APUs for the DIY market at very sweet prices but the lineup only includes the Ryzen 7 5700G & the Ryzen 5 5600G. The Ryzen 3 5300G was not announced for DIY and there was no reason provided by AMD either. The chip being an entry-tier quad-core could have been great for budget builds but the overclocking potential would've made it an even bigger hit.

An entry by user 'Yosaarianilives' in the CPU-z validation database shows that the AMD Ryzen 3 5300G was overclocked to an insane 5.6 GHz. The motherboard used was an ASUS ROG STRIX B550-I Gaming. You can see the validation below: 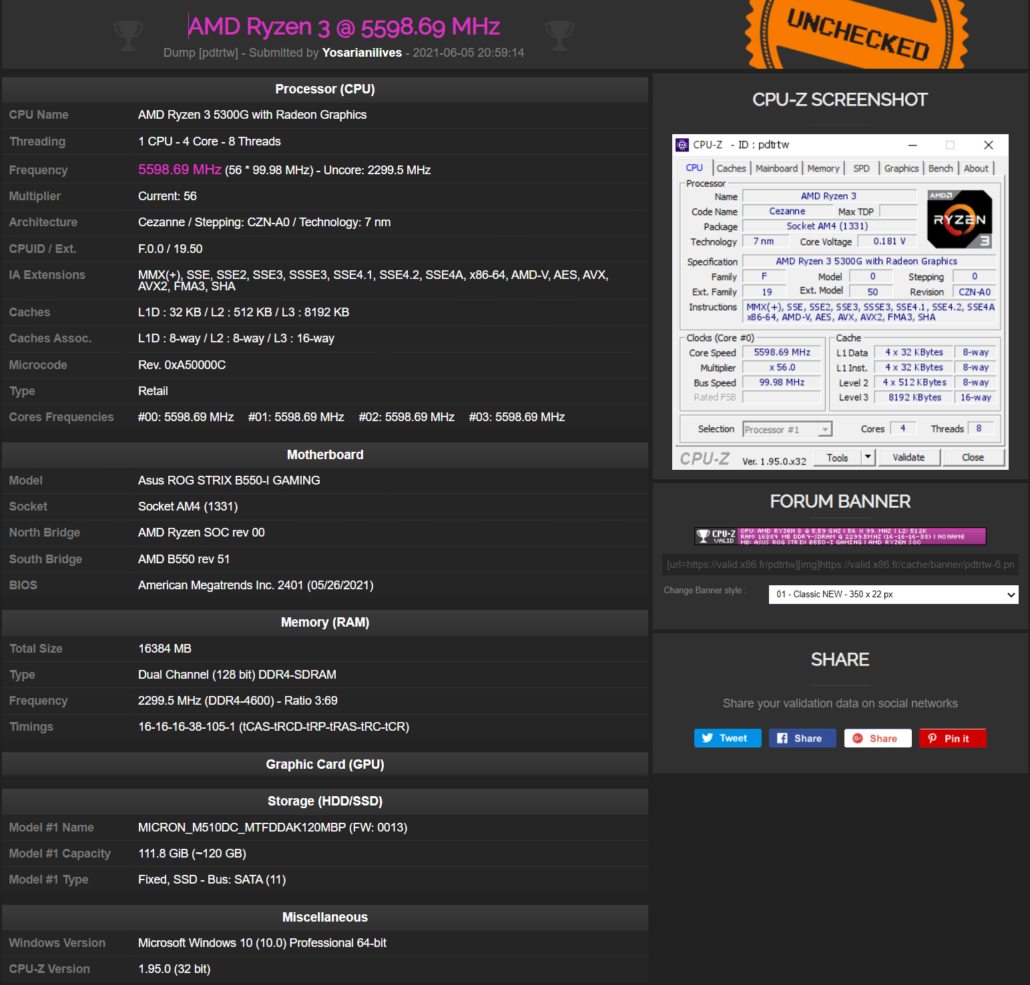 Again, the AMD Ryzen 3 5300G will be a really interesting chip as it has already been demonstrated to be the fastest quad-core processor on the market (OEM sample numbers). We may expect it to be included in the DIY lineup at a later date though we can't say this for sure right now.