The latest overclocked and stock benchmarks of AMD's upcoming Ryzen 3 3100 CPU $99 US budget CPU have leaked out in 3DMark Time Spy & 3DMark Firestrike by TUM_APISAK. The Zen 2 based quad-core is pitted against the Intel Core i3-10100 CPU which is Intel's entry-level quad-core, Core i3, CPU, & from the looks of things, AMD has the upper hand in terms of performance and value.

Both, the Ryzen 3 3100 and the Core i3-10100 are going to be the entry-level CPUs from AMD and Intel, respectively. The CPUs are aimed at budget PC builders and gamers while retaining a quad-core design with SMT to enable better gaming performance than each of their older predecessors without SMT support.

When it comes to performance benchmarks, we start off by looking at 3DMark Firestrike. The AMD Ryzen 3 3100 scored 13,339 points at stock and 14,999 points when overclocked to 4.4 GHz. The i3-10100 scored 11,862 points at stock and 13,189 points with an average reported clock speed of 4.2 GHz across all cores. The Intel Core i3 CPUs don't feature overclocking support so it is possible that the user who ran the benchmarks made use of ASRock's BFB technology to unlock the power limits on the i3-10100, enabling higher clock speeds. And yes, the board on which the Core i3 was tested was an ASRock Z490 Taichi motherboard which features BFB technology. 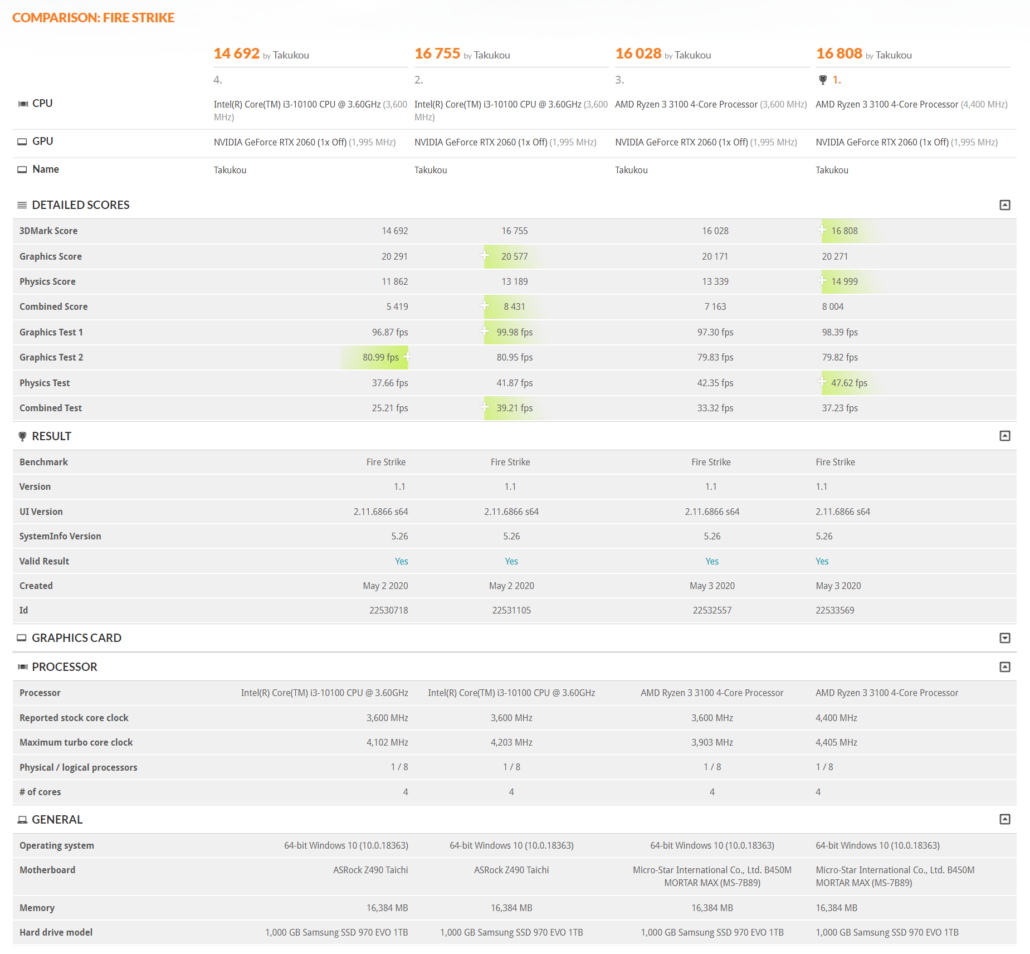 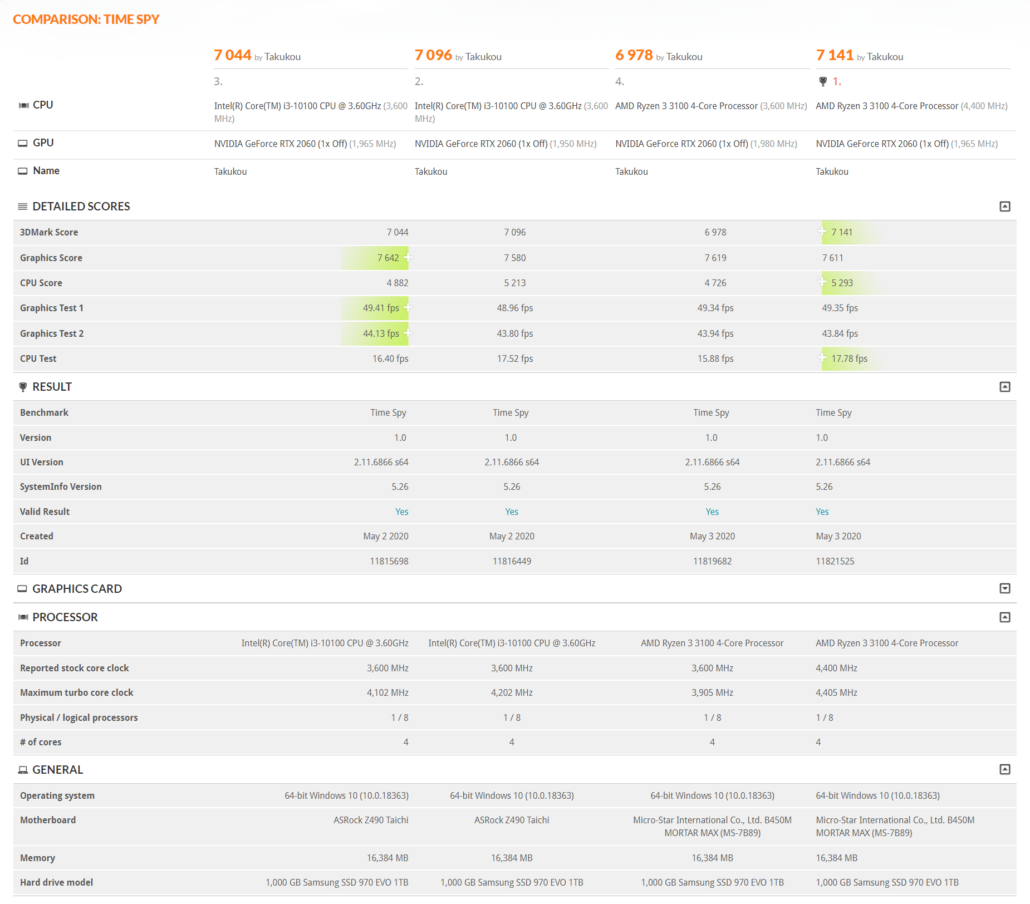 The AMD Ryzen 3 3100 CPU is also expected to consume lower power with its 7nm Zen 2 cores and operate at slightly lower temperatures. In terms of pricing, the AMD Ryzen 3 3100 is a clear winner with a price tag of around $20-$25 US lower and also a cheaper platform cost considering that Intel 10th Gen Core i3 CPUs will only be compatible with 400-series chipsets that will be new and pricey at the time of launch. Additionally, being exceptional overclockers would definitely help gamers in extracting even more performance out of these budget processors.