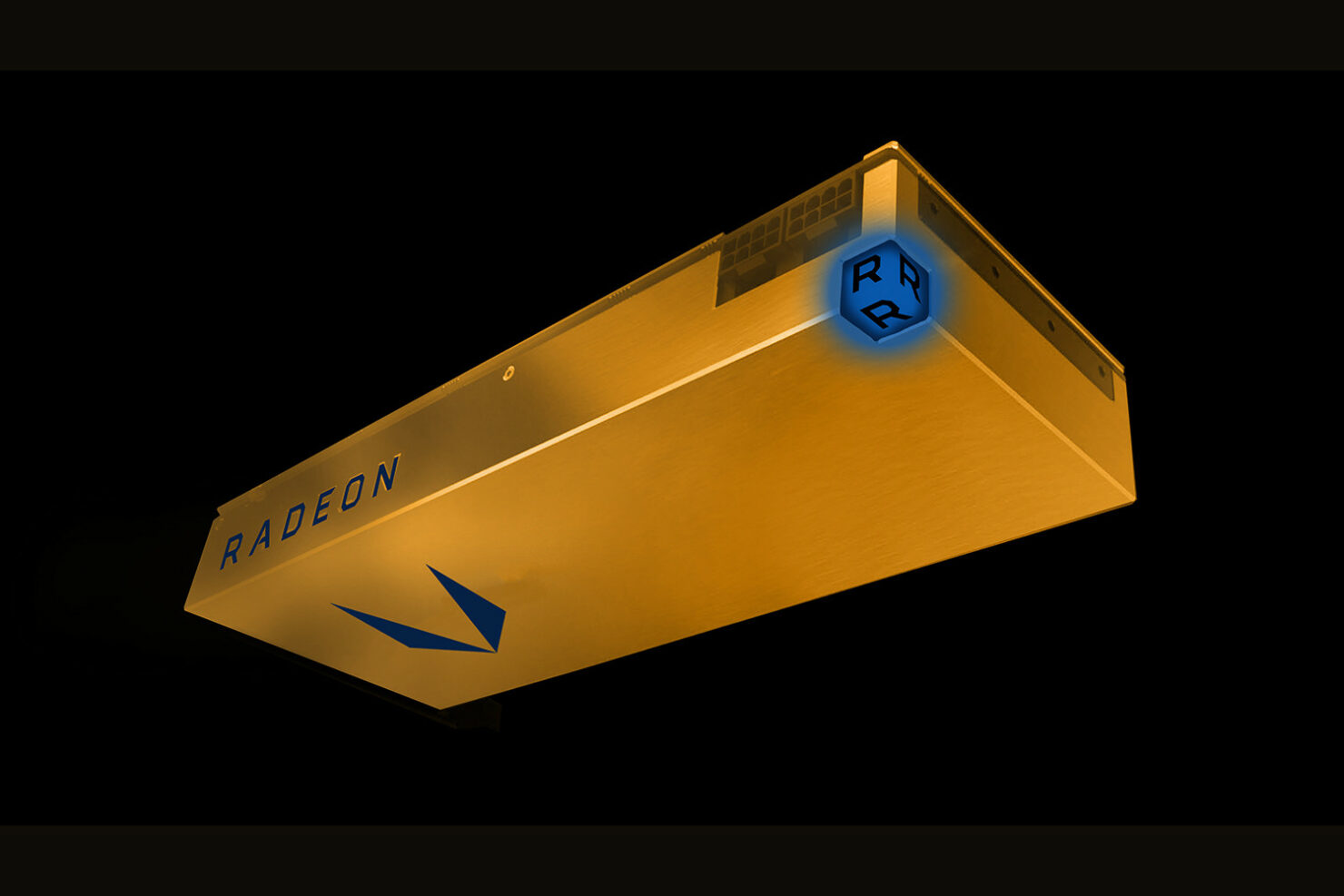 At AMD's Financial Analyst Day, Raja Koduri announced the Radeon Vega Frontier edition graphics card. The new card is aimed at professionals who hunger for compute and deep learning solutions and Vega is the answer from RTG. After more than two years, AMD will release a competitive card that will challenge NVIDIA's high-performance Pascal based solutions. NVIDIA has been dominant in the AI, deep learning, HPC, cloud computing sectors since the arrival of Pascal in 2016 and the AMD RTG team had no answer to them until now.

While the Radeon Vega Frontier edition is still a few days away from launch, the graphics card can now be pre-ordered through various retail outlets. According to Videocardz, Scan UK and Sabre PC have listed both the air and liquid cooled variants along with their specifications, features and price range. The air cooled model is priced at $1200 US while the liquid cooled model is priced at $1800 US. These are pretty high prices but we can assure you that the gaming models won't cost as much and will be much more affordable when launched in late July.

The Radeon Vega Frontier Edition helps drive the new digital world. It nurtures creativity. It is your gateway to parts unknown. Expand the boundaries of what’s possible and witness the impossible. With the new “Vega” GPU architecture at its core, you will have no barriers or compromises to what you want to achieve.Take advantage of the massive 16GB of cutting-edge, second-generation high-bandwidth memory to create expansive designs and models. Crunch and manipulate datasets using the sixty-four Next-Gen Compute Units (nCUs – 4096 stream processors) at your disposal. Unleash your imagination to develop games, CGI or VR content leveraging the latest features found on the “Vega” GPU architecture and witness the breathtaking power of “Vega” course through your system.

The Radeon Vega Frontier edition is officially planned for launch on 27th of June. In terms of specifications, the card comes with 4096 stream processors and clocked beyond 1550 MHz to deliver 13 TFLOPs of FP32 and 25 TFLOPs of FP16 compute performance. There’s also 16 GB of HBM2 VRAM which comes in two stacks (8 GB per stack). The graphics card has a total rated bandwidth of 480 GB/s which is lower than the 512 GB/s on Fiji. It also features a pixel fill rate of 90 GPixels/s.

AMD Radeon Vega Frontier edition will be available in June in two variants. One would be an air cooled model which comes in a nice blue industrial texture with a glowing yellow “R” emblem placed in the corner. The graphics card come with a “Radeon” label and logo on the sides and front. The back is covered by a nice blue texture backplate. The whole card is powered by a dual 8-pin connector configuration which confirms a TDP of around 300W. The card is cooled by a single blower style fan that throws air out of the I/O side exhaust vents.

The second card has also been shown and comes in a brushed golden texture on the shroud. It features the same logos but those come with blue LED lighting. The card is exactly the same aside from the fact that it will feature liquid cooling as shown by the tubing extended out of the front. The liquid cooled model ships with a TDP of 375W which is 75W higher than the air cooled variant but will operate at much faster speeds due to extra cooling. Some features aside from the looks of the card include:

Now if we compare the price of the air and liquid cooled models, we are looking at a $600 US price difference which is huge. Both models are rated to feature the same compute power so AMD could be charging extra for the cooling equipment alone. AMD already used a premium design on the R9 Fury X and Radeon Pro Duo series cards with exclusively designed AIO cooling solutions so this can be the reason why we are looking at such high prices on the liquid cooled model.

We’ve spent years preparing to enable this next generation of data scientists, immersion engineers, and product designers, by designing a formidable new GPU architecture – Vega – from the ground up, and by heavily investing in machine learning, high performance graphics for content creators, and open software solutions to deliver value to a broad pioneer ecosystem. Today our vision for delivering the future of data science and advanced visualization materializes with the release of the Radeon Vega Frontier Edition graphics cards which will be shipping in late June. via AMD

The Radeon Vega Frontier edition is one of several Vega based products which will be available in the summer. AMD has two Radeon RX Vega Frontier edition cards, an MI25 Instinct Accelerator card, two Radeon Pro Vega (64 and 56) variants planned for Apple's new iMac Pro system which were displayed earlier this month and several gaming variants which will be launching at Siggraph'17 in late July.