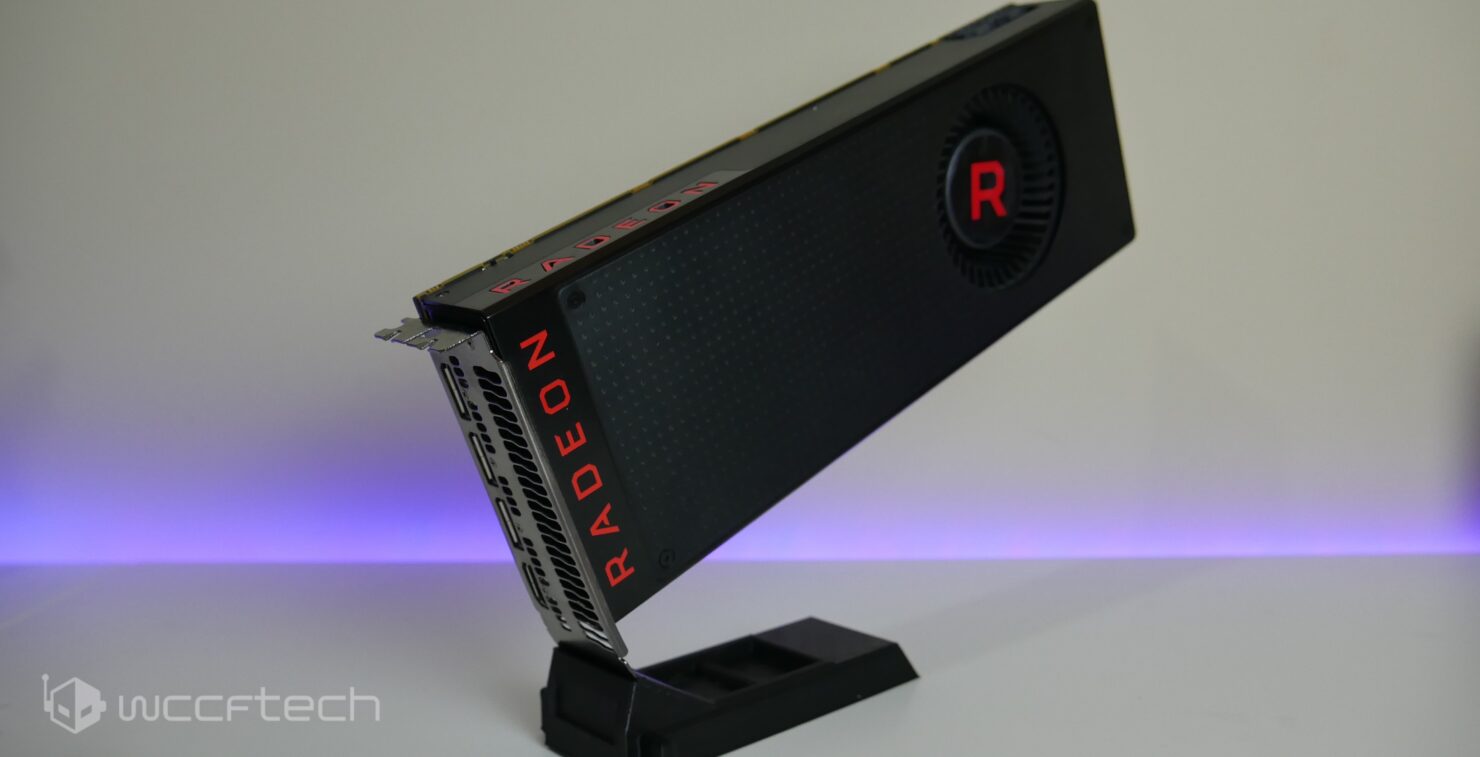 AMD's Radeon Software Adrenalin 2019 launched yesterday is a pile of new features. We have an entire article listing out all of those benefits if you want to check those out.   There were many welcomed and unexpected additions like being able to control things remotely with your mobile device, even game across wifi as well which is something else I'd like to give a bit more of a go at.  But the one thing I was most excited for after seeing was the Auto Overclocking/Undervolting option that was coming to Wattman.

It's no secret that since Polaris launched you could actually squeeze a bit of extra performance out of the newer Radeon cards by taming the voltage to level out the core clock fluctuations.  This brought about the benefits of lower thermals and power draw as well.  So to see that they were going to implement an option in the driver for folks who were still a bit timid on making some of these changes themselves I got a bit glee.

So at this point it was time to put it to the test.  There are actually 3 options you can choose from within the Radeon Wattman utility, at least on Vega cards anyway as the option didn't appear when testing with our Polaris based cards.  Something to keep in mind with the Auto function is that you only get one.  Once you activate any one of the 3 Auto options you lose any other control and hand it over to Wattman.  So if you were hoping to undervolt and get a memory overclock like we did in our Manual Settings, then you'll want to stick to manual. 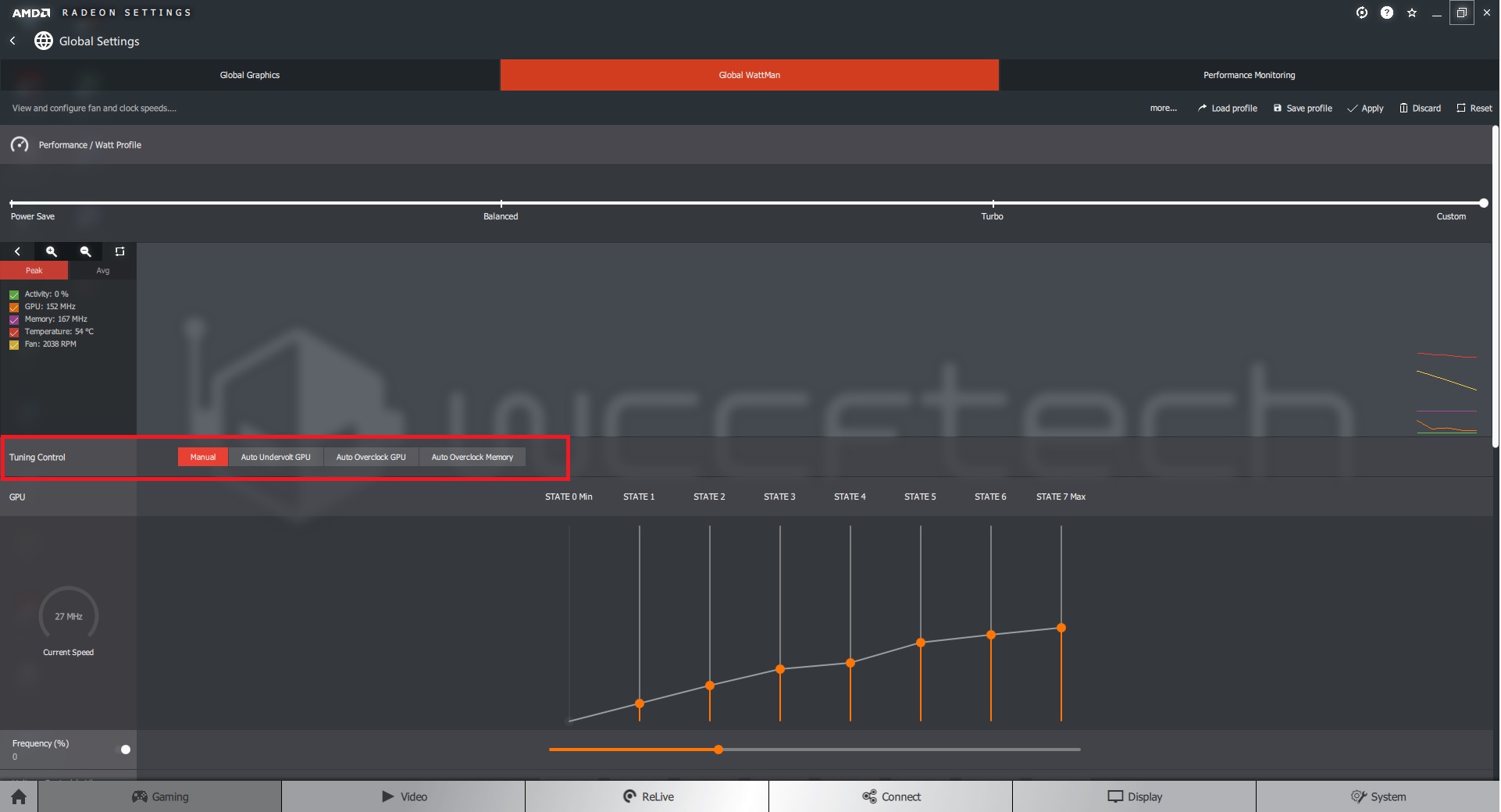 We didn't run a full suite of game testing for our results but rather just a few tests; Firstrike, Firestrike Extreme, and Battlefield V.  For firestrike we only recorded the Graphics Score as the GPU performance change is the important thing here.  For Battlefield V we tested the game at the beginning of the Tirailleur Episode as it’s well lit, relatively open and carries a of the effects in the game so it should be pretty representative of overall gameplay in the single player version.  We stuck with the DX11 version as DX12 can be problematic in this game.

The results of the auto function were a mixed bag to say the least.  Engaging the Auto Undervolt option had me wondering if it even did anything, but once I fired up anything I noticed the  Vega 56 running a bit more consistently on the core clock and a bit more quiet to boot.  Both the Auto GPU and Auto Memory resulted in the system hanging for a moment before returning updated values, the Auto Memory would cause the fans to blast at 100% momentarily before the screen went black and came back with absolutely no changes.  But the table below shows the effective changes that were placed, undervolted was not listed in here as no clock rates were changed but the card did operate at under 1V at around 980-990mV when in operation, that was pretty impressive.  The manual 'overclock' was very mild as I wanted to keep it pretty realistic in what most people should be able to easily hit on a reference RX Vega 56

It is important to note, that a 'Target' clock rate is it's boosting clock and as you'll see in the results the Auto GPU sure looks good on paper, but in practice it wasn't quite so stellar.

I want to start things off in the charts a bit differently with power draw up front.  This is a big indicator that changes were made in the way that the card is operating.  The results indicate total system power draw taken during the Combined Test of Firestrike when the entire system is loaded down.  There wasn't a change in power consumption when using the Auto Undervolt there was a performance uplift and that is a very positive thing to see. Unfortunately for the other auto functions I can't say the same as power consumption increased noticeably. 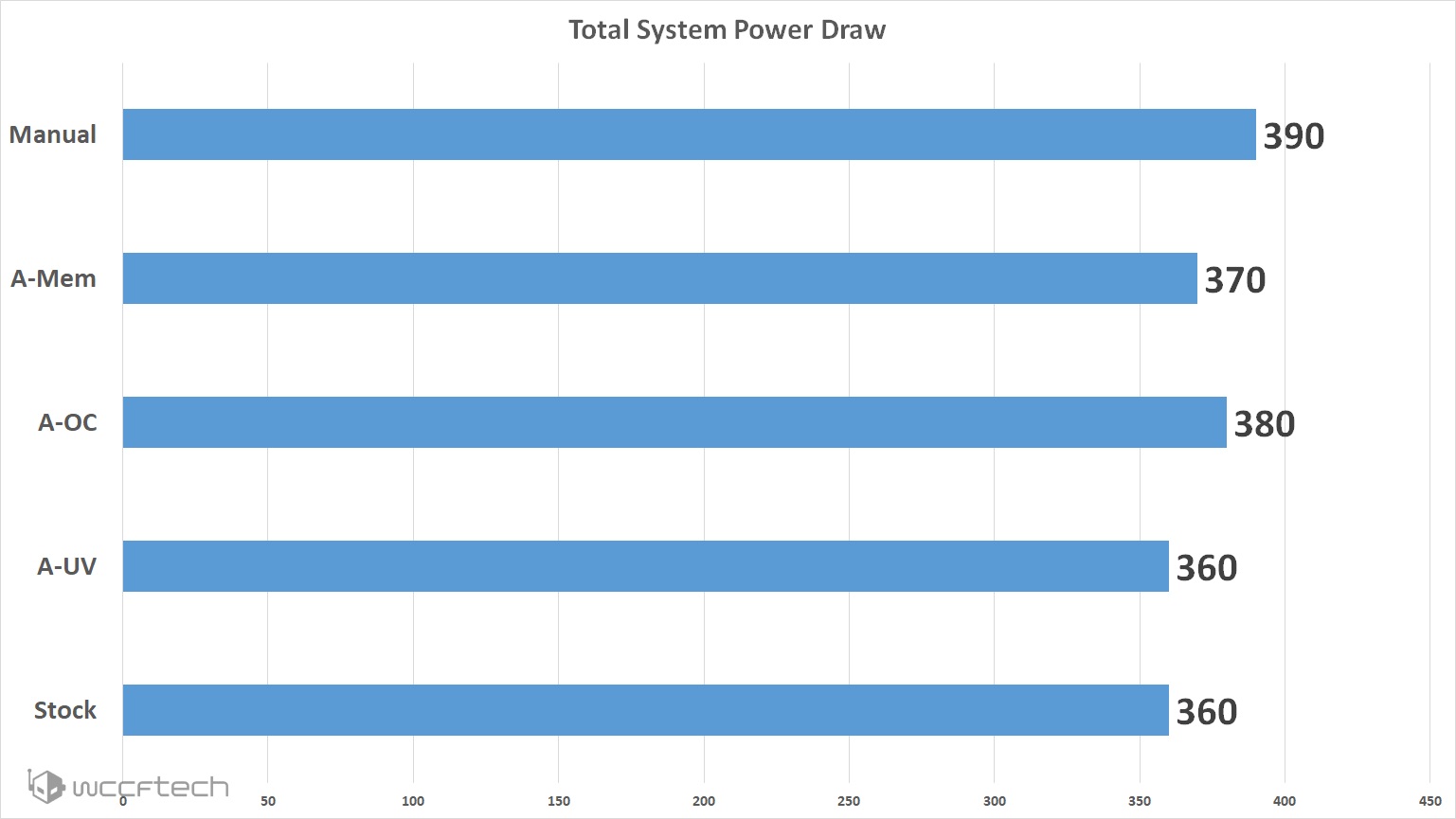 Okay, what about performance metrics? Taking a look at Firestrike and Firestrike Extreme paint this into a more clear picture of performance changes.  The Auto Undervolt contend with the Manual settings rather well here, but prove the Auto GPU and Auto Memory to be a bit less than effective.  Sure the Auto GPU looks better in GPU-z and clearly has higher power draw, but not being able to tweak the voltage and power limit result in a less than stable core clock in these tests resulting in a negative impact on the scores.  The same can be said for the memory despite not actually changing the memory frequency.

Much the same is reflected in the gaming test we ran but thankfully at least the Auto Overclock features resulted in a benefit to the bottom .1% lows, although the Auto Memory proved to really not be worth a hit on the averages.  The Manual proves beneficial here in terms of average FPS by boosting it quite a bit showing potential if the Auto Undervolt and Auto Memory (provided it works correctly) could bring to the end user.  Too bad there's not way to use two of the three options combined right now. 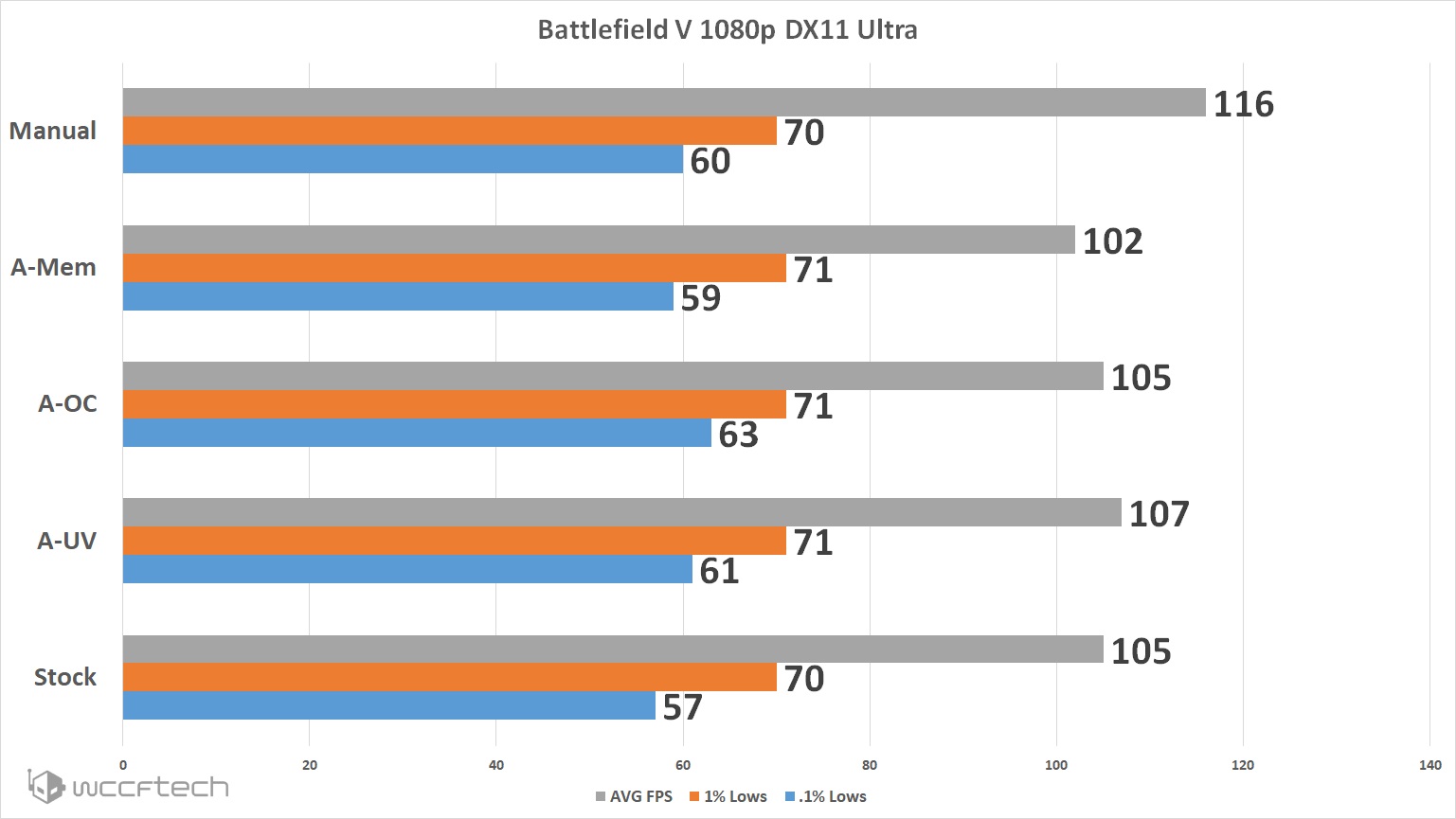 This is kind of a tough one to wrap up.  I was honestly hoping for a bit better even though I didn't expect it.  With that sentiment I guess what I'm getting at is I was hoping that the team over at Radeon would have found a way to really make the Auto GPU and Memory really kick it into high gear, that's honestly the reason I used the Vega 56 here because it has quite a bit left in the headroom department.  BUT, I can say that while I was not impressed or wowed by the result of the GPU or Memory setting they did a bang up job on the Auto Undervolt.  This has been the key for quite some time to getting more performance out of the more recent Radeon GPU launches and it offers a very healthy bump to stock performance without touching the power draw.  Bravo on that one AMD, I love it!  As for the GPU and Memory, I'd leave those alone and honestly I'd rather stick to the Auto Undervolt over my manual settings any day of the week as it's just more simple and I never have to worry about stability.  Now Radeon, let the Polaris users have this feature and it's off to the races! I hope we see that soon and would love to revisit the RX 480 or RX 570 I have sitting next to our test system.

Are you using the latest AMD Radeon Software Adrenalin 2019 with your Radeon GPU? If so, let us know how your experience has gone so far.