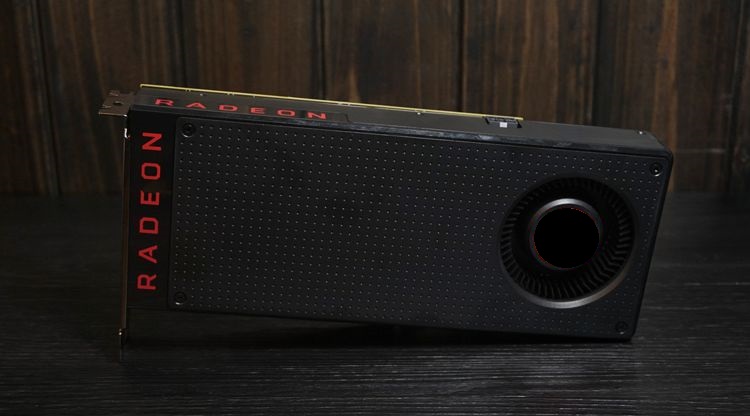 We have some good new leaks coming in from our friends over at Videocardz who have found out some decent information regarding the upcoming Radeon RX 480 overclocking tool and overclocking capabilities of the RX 480 graphics card. The overclocking tool was mentioned by us a few weeks ago and is it turns out, the overclock utility is a revised version of the AMD Overdrive software which is already part of the Crimson and even the old Catalyst drivers.

Update: A video from a Thai retailer has leaked out who was showcasing the performance and features of the Radeon RX 480 graphics card. The video provides us a good look at the performance in 3DMark with the press drivers along with the Radeon WattMan tool. The stability of the card has some issues as it crashed in 3D mark even at default clocks due to which the benchmark had to be run again. The retailer was using a Crossfire setup of the Radeon RX 480 and the whole video of the demonstration can be seen below:

Update: Aside from the benchmarks, you can also find the power consumption of the card at overclocked speed in the picture below. At 1328 MHz, the card runs at 88C (Degrees) and has a power consumption close to 147W when being fully utilized under gaming or benchmarking load. Other performance tests have showed that usual gaming power consumption will be around 115-120W. 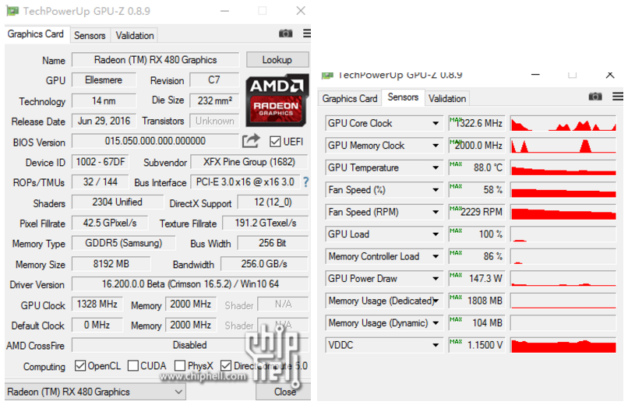 The Radeon RX series will have day one support with the latest Radeon software on 29th June so you will be able to play around with the utility yourself in a few days. The overclocking utility will also be supported by all other Radeon graphics cards that are supported by new drivers. Talking specifically about the RX 480 overclock capabilities, we mentioned that the card will stick close to around 1.35 GHz in our previous post and reviewers seem to confirm that.

A member of the PCGamesHardware hardware testing team stated in their forums that their Radeon RX 480 crashed as soon as it was overclocked to 1.4 GHz. We have been hearing reports of the card having great OC capabilities but factual results seem to indicate otherwise. The card was kept in a cool ambient environment of 24C (Degrees) so temperature should not be a factor affecting the overclock. The card was a reference model which in thermal testing kept the card around 70C which is normal for current generation cards. The maximum overclock we have seen at the moment is 1380 MHz but if someone can manage a better overclock, we would know so in a few days.

The Radeon RX 480 in general is a card that has been priced at a sweet spot to carter gamers on a budget with smooth 1440P and VR-Ready performance. We have seen some gaming performance and you can see some of the 3DMark performance numbers for reference, overclocked and crossfire'd Radeon RX 480 cards below.

Videocardz has been on a hunting spree when it comes to 3DMark numbers and they manged to gather over 300 entries of the Radeon RX 480 graphics card from Futuremark's database. The Radeon RX 480 will be based on the full Polaris 10 GPU which features 2304 unified shaders based on the GCN 4.0 architecture. The Radeon RX 480 comes with 144 Texture Mapping Units and 32 ROPs which deliver a texture fill rate of 182.3 GTexel/s and Pixel Fillrate of 40.5 GPixel/s at a clock speed of 1266.0 MHz.

On average, the 3DMark results show that the gain from Radeon RX 480 overclocking is around 14% which is decent enough for a reference card. There's no telling how much a non-reference card would overclock that features a better PCB compared to reference. There are also several Crossfire benchmarks which reveal up to near perfect (2x) increase in performance. Since this is a synthetic benchmark which has been tuned for multi gpu setups, we are looking at such good results however games don't necessarily show the same level of GPU scaling. 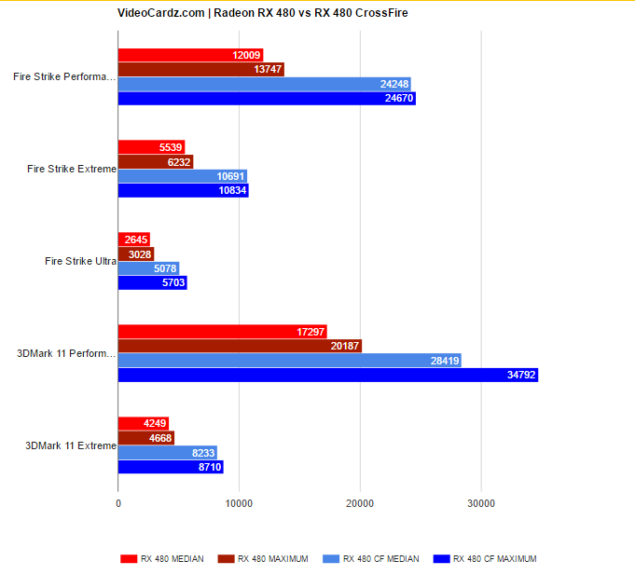 The overclocked results reveal that higher temperature or voltage beyond 1.35 GHz limit the card on their clock speeds. Most of the overclocked results show same or lower performance than the ones benched at reference clocks (1266 MHz). So you either need better cooling or a good sample that doesn't feed on voltage much to let the card maintain its actual clock speed. You can see a very detailed chart for these results at Videocardz. Aside from 3DMark, the compute performance has also been revealed by Compubench.

According to reports, the Radeon RX 480 has really good supplies on every retailer around the globe. The $199 starting price will make the card a real hit among the masses who want to enjoy great gaming performance for a low price.