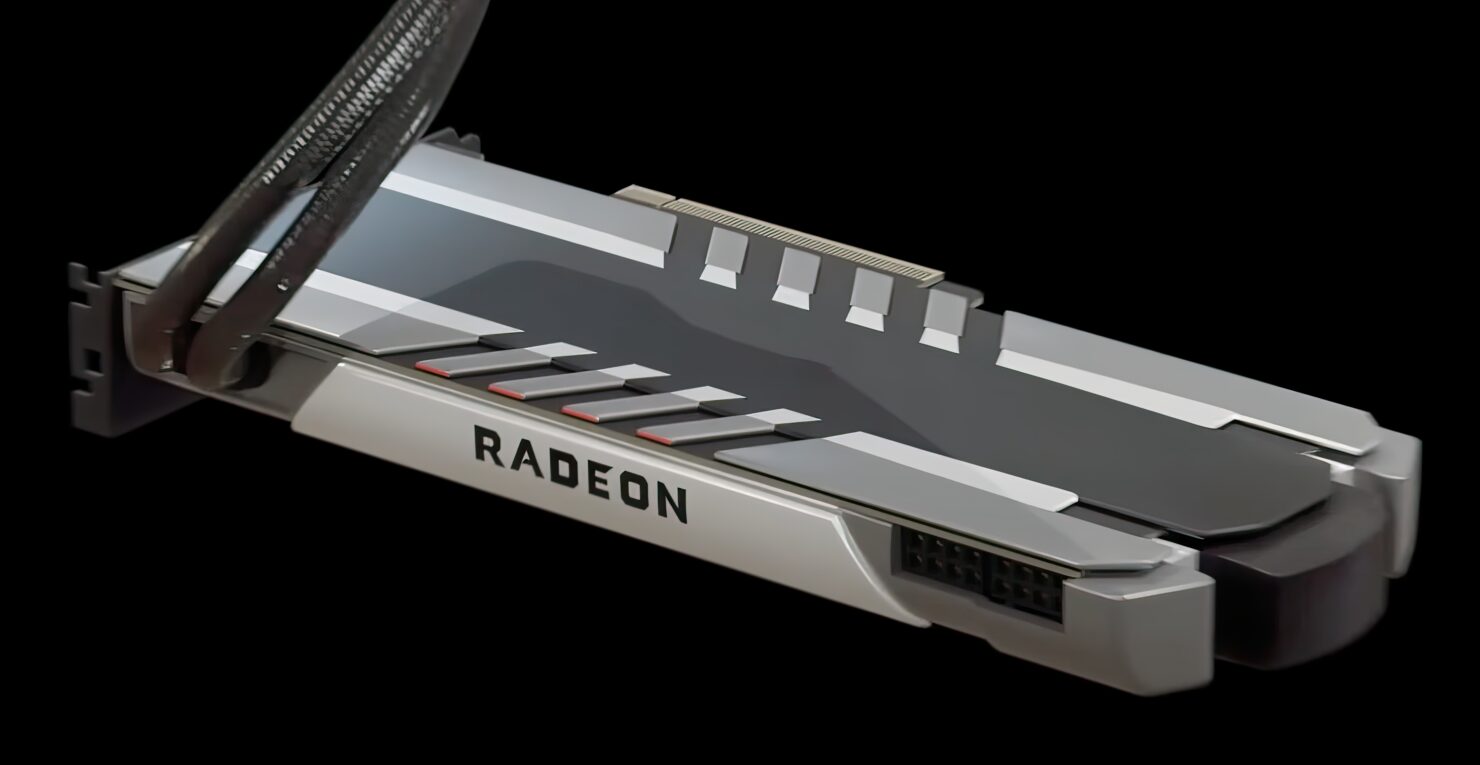 The latest details of AMD's mid-range Navi 33 GPU based on the RDNA 3 architecture that will power the Radeon RX 7700 XT graphics card have been detailed by Moore's Law is Dead in his latest video.

The AMD RDNA 3 GPU lineup will consist of both monolithic and multi-chiplet solutions. The Navi 33 GPU is considered a mid-range chip and is an optimization of the Navi 21 GPU on the newer RDNA 3 architecture. It is based on a 6nm monolithic design and should measure between 360-460mm2. That's an 11 to 30 percent reduction in die area compared to the Navi 21 GPU which is powering the high-end Radeon RX 6000 lineup and features a die size of 520mm2. Key features of the Navi 33 GPU are going to be:

However, based on the new numbers, the RDNA 3 Navi 33 GPU will feature a total of 16 WGPs or 4096 cores. Now we don't know if this is the particular configuration of the chip itself that's been updated or the new Radeon RX 7000 cards will feature a cut-down configuration of the Navi 33 chips with 1 WGP disabled in each Shader Array. It is stated that a lot of structures of RDNA 3 are larger, smaller, or entirely different than RDNA 3 which makes the architecture a brand new design rather than an RDNA 2 revision.

Navi 33 is essentially going to be a Navi 23 replacement on the GFX11 architecture and we know that Navi 23 only features 2048 cores, half the amount that's allegedly featured on Navi 33. The Navi 23 GPU has been featured on the Radeon RX 6600 series cards so one can assume that Navi 33 will power AMD's RX 7600 series lineup unless AMD wants to move their lineup one tier up with Navi 31 powering RX 7900 series, Navi 32 powering RX 7800 series & Navi 33 powering RX 7700 series. The RX 7600 lineup and below would end up being based on the refreshed 6nm RDNA 2 GPUs as reported here. 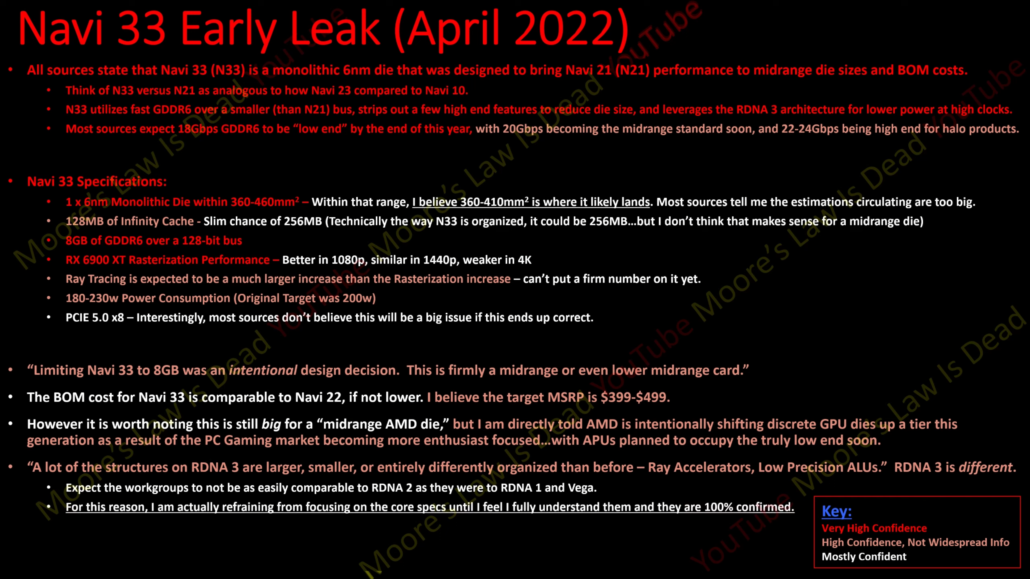 The Navi 33 (RDNA 3) is expected to carry 128-256 MB of Infinity Cache. The GPU would also feature 2 memory connect links (32-bit). That's a total of 4 32-bit memory controllers for a 128-bit bus interface. Since the memory has been reduced by half compared to the 6900 XT, the card will offer lower power consumption. It will also help AMD reduce the cost in the BOM and offer cards with this performance range in the $400-$500 US bracket. 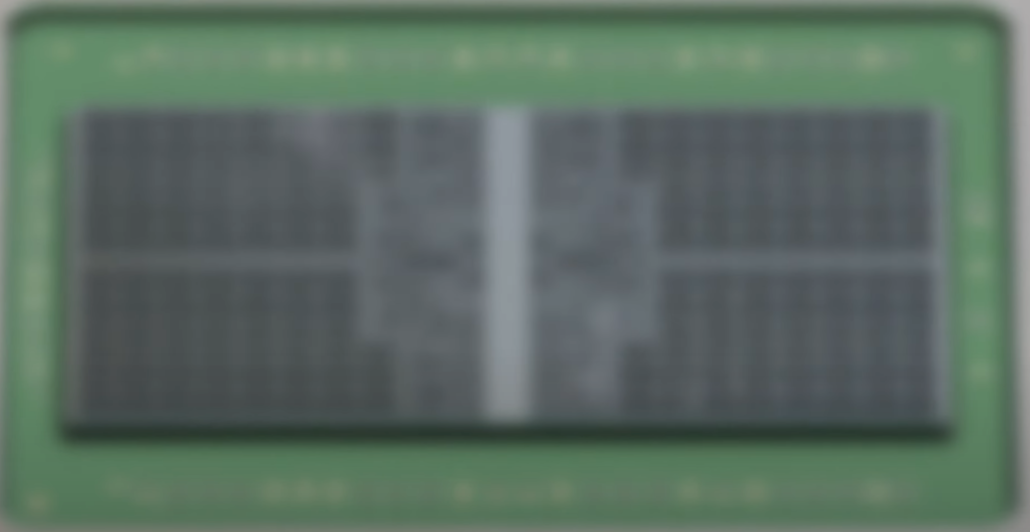 As for performance, the AMD Radeon RX 7700 XT based on the Navi 33 GPU is expected to offer a 6900 XT class or better performance in ray tracing but given the reduced memory design, it will take a hit as the resolution increases. So the card would be faster at around 1080p and similar at 1440p but will end up equal or slower at 4K and higher due to the 8 GB VRAM limitation. Raytracing is expected to be a strong suit with the card offering higher than 6900 XT performance. Now 8 GB might sound like a downgrade versus the 6900 XT but given the pricing, it might actually end up as a great decision that not only reduces costs but also allows the card to be made in larger quantities without the worry of GDDR6 supply.

AD102 is NOT a simple "GA112". When GH202 is cancelled, AD102 has integrated Hopper's new technology.
Never underrate your Jensen.

This would bring the performance of the AMD Radeon RX 7600 series above the RX 6800 and RX 6900 series at a TDP of around 200W (180-230W). There's also talk about the PCIe interface being Gen 5.0 along with an x8 link and that doesn't seem like something to worry about since Gen 4 and Gen 3 x8 links can feed the card with enough bandwidth. Efficiency will be a really strong suite of AMD's RDNA 3 and the red team is going to have a significant lead over NVIDIA's GeForce RTX 40 'Ada Lovelace' lineup which is expected to be very power-hungry but there are some things cooking up at the green team too which we might hear soon from reliable leakers.

In the end, MLID has also shared what seems to be the first look at the high-end AMD Navi 31 and Navi 32 GPUs with MCM design and the respective Radeon RX 7000 series graphics card which are seemingly going to feature high-end liquid-cooled designs out of the box. The card render shown is a dual 8-pin design with a dual-slot design and a 120mm AIO cooling solution. MLID has stated that he will share more details on these products in Part two of the ongoing AMD RDNA 3 leaks. 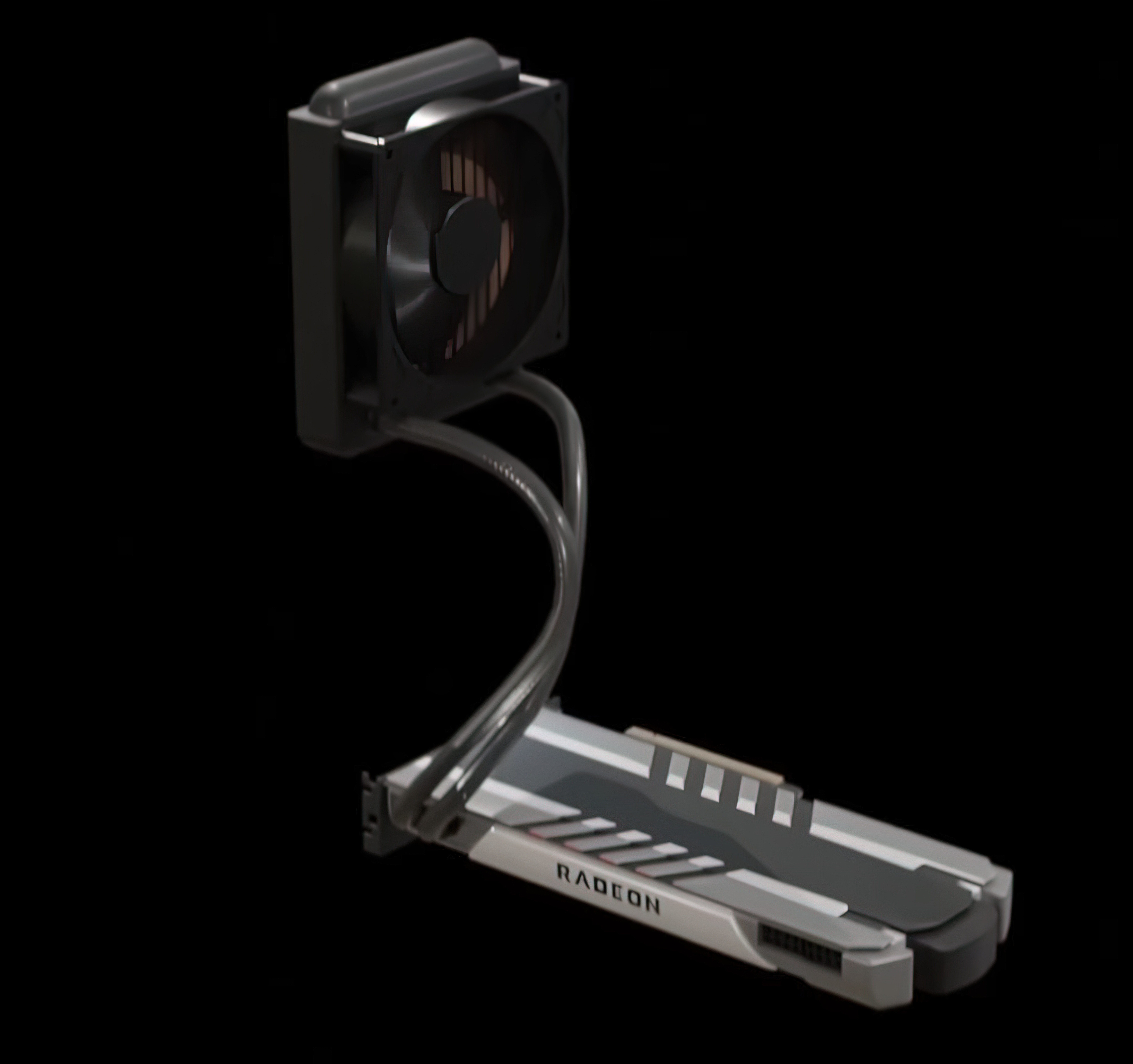