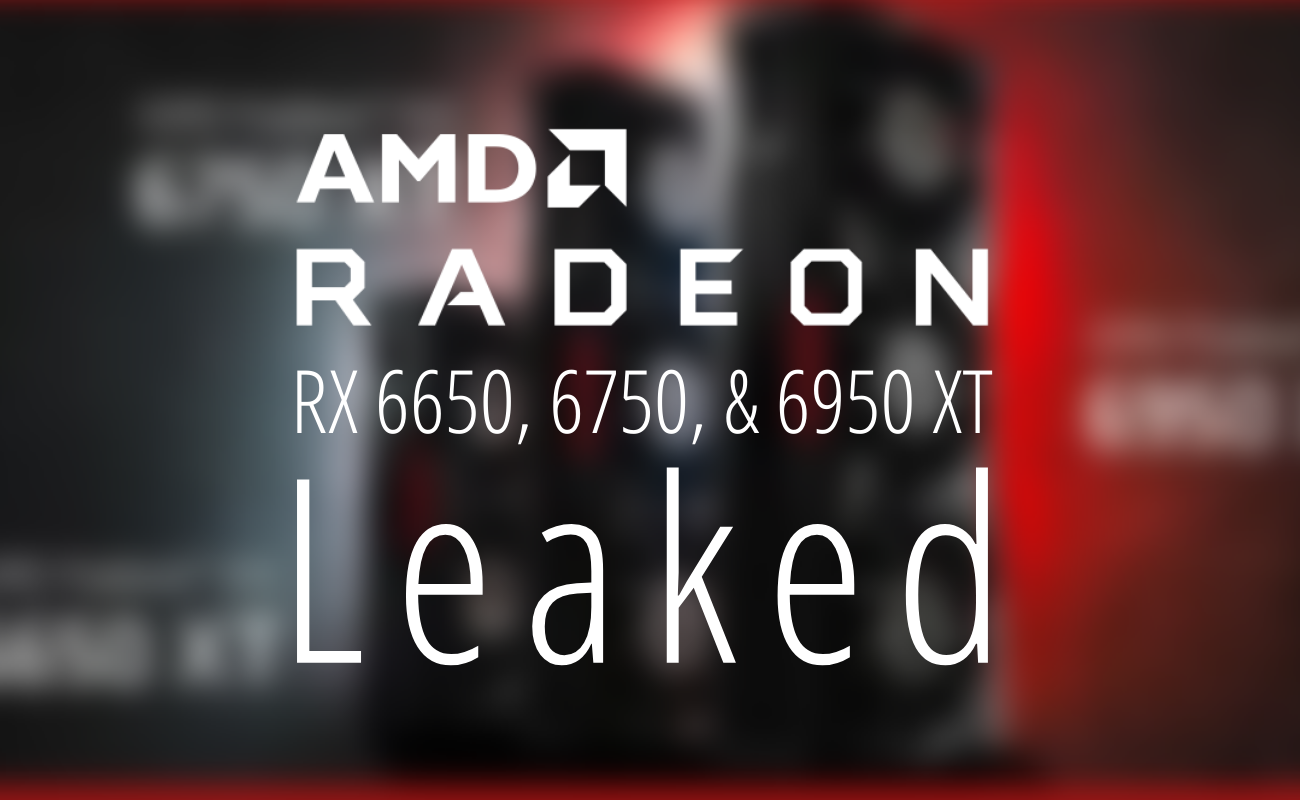 AMD's Radeon RX 6000 refresh series comes out next week and will include three graphics cards, the RX 6950 XT, RX 6750 XT, & the RX 6650 XT. We have now been able to confirm the full & final specifications of all three models.

The AMD Radeon RX 6950 XT will come packed with the Navi 21 XTXH GPU in its fully-enabled die config featuring 80 Compute Units or 5120 SPs. The card will also feature 16 GB of GDDR6 memory across a 256-bit bus interface. There are also 80 Ray accelerators for ray-tracing enablement on the graphics cards (one RA per Compute Unit). The graphics card will operate at a GPU clock of 2.1 GHz and a boost clock of 2310 MHz. That's an increase of up to 4% over the RX 6900 XT reference model which clocked at 2015 and 2250 MHz, respectively. The graphics card will offer up to 23.65 TFLOPs of peak FP32 performance.

The GPU will be fully Gen 4.0 compliant. As for the TBP, the card will feature a 250W (a 20W bump over the RX 6700 XT) design. This is solely due to the use of higher clock memory dies which will lead to increased power consumption.

Lastly, we have the AMD Radeon RX 6600 XT graphics card which will be powered by the Navi 23 XT GPU, featuring 11.06 Billion transistors packed within a 237mm2 die. The Navi 23 GPU features 32 Compute Units with a total of 2048 stream processors. The card will also rock 32 MB Infinity Cache and features an 8 GB GDDR6 memory capacity running across a 128-bit wide bus interface at pin speeds of 17.5 Gbps for a total bandwidth of 280 GB/s and an effective memory bandwidth of up to 468.9 GB/s, an increase of up to 1.67x.

There would also be a small price difference too for the new AMD Radeon RX 6000 Refresh cards. The graphics cards were previously expected to launch on the 20th of April but that date has since been moved to the 10th of May. That's the day when the reviews and marketing hit the web but it looks like availability is planned for the 12th of May.

These cards will not only launch in the reference 'Midnight Black' card flavor but also get custom treatment. Based on the existing prices, the RX 6950 XT might hit retail for slightly above $1000 US, the RX 6750 XT at $500 US, and the RX 6650 XT at $400 US. Prices of the existing models will remain unchanged.