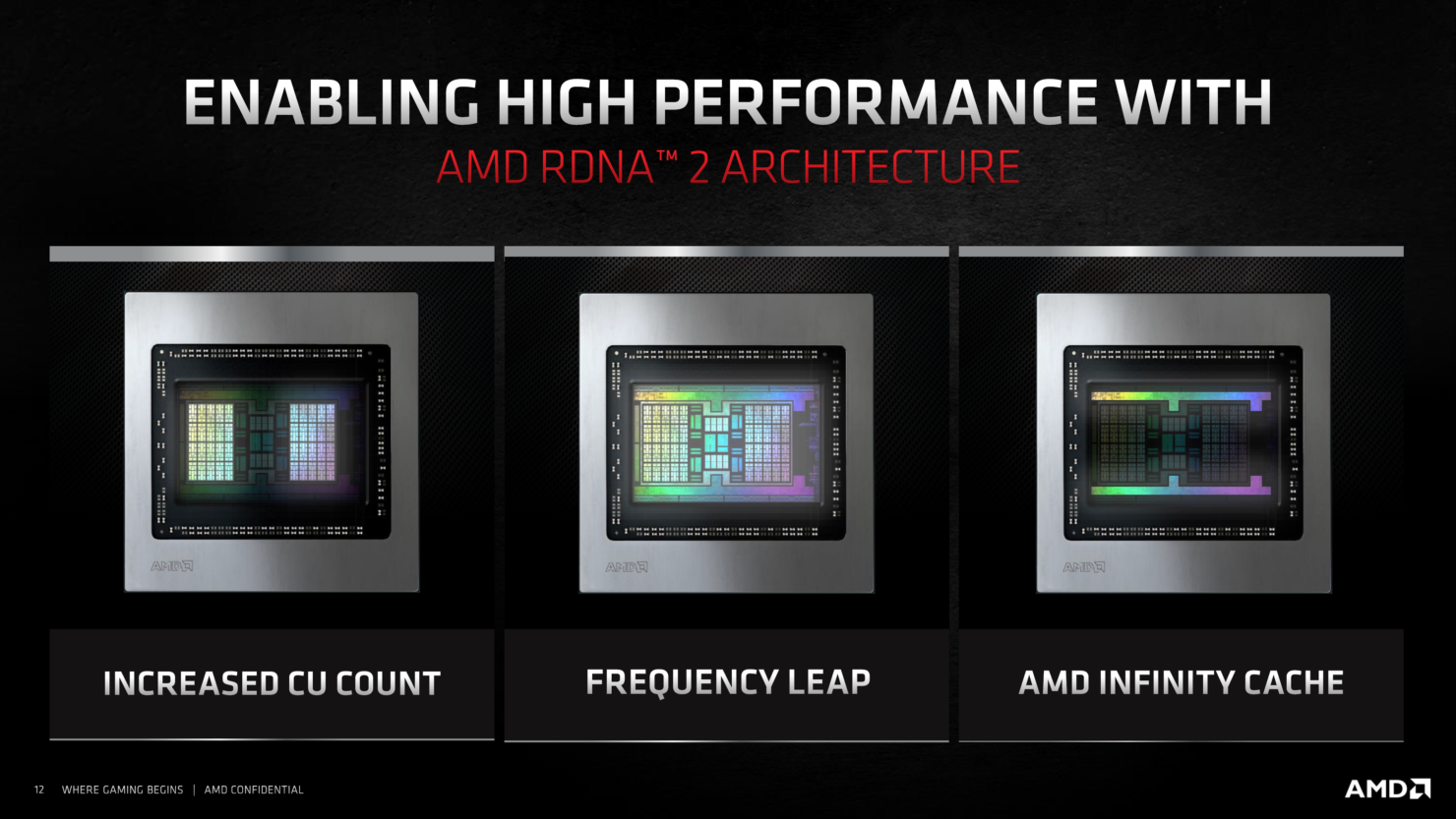 Following our report on the AMD Radeon RX 6000M RDNA 2 mobility GPUs, more information has been published by Igor's Lab which discusses the die sizes, clock limits, and power limits of the Navi 22, Navi 23, Navi 24 based SKUs. The AMD Radeon RX 6000M Mobility lineup is planned for launch in the first half of 2021 and will be announced in some form at AMD's CES 2021 keynote on 12th of January.

As per the information, AMD is planning to announce at least three GPUs for its mobility Radeon RX 6000M lineup based on the Navi 22, Navi 23, and Navi 24 SKUs. These three GPUs have not seen a desktop launch so far but the Radeon RX 6700 (XT / Non-XT) parts are scheduled for January too. It looks like the Navi 22 SKUs will serve as the top variant for the mobility lineup while the rest of the GPUs will trickle down to RX 6600 series and below. Based on what we can tell, the Radeon RX 6000 Mobility lineup would look something like the following:

This is just our theory but there are possibilities that a binned Navi 22 SKU can be adjusted within the Radeon RX 6800M branding considering the desktop lineup goes all the way up to Radeon RX 6900 series but due to the huge TGP of the Navi 21 GPU, the chip is probably never going to see a mobility variant. The same is the case with the NVIDIA Ampere GA102 GPU which might never get to see a mobility launch due to its large die size and huge power requirements. The GA104 or the rumored GA103 are perfect candidates for a flagship RTX 30 mobility GPU variant.

Starting with the AMD Radeon RX 6000M series based on the Navi 22 GPU, Patrick Schur has more information regarding the chip. First of all, it is reported that the Navi 22 GPU will feature a die size of 334.52mm2 (18.31mm x 18.27mm). Right off the bat, the GPU is much larger than the RX 5700's Navi 10 GPU which measured at 251mm2. We can expect Navi 22 GPUs to feature similar compute units if not higher than the Navi 10 GPU but running at higher clock speeds along with support for Ray-tracing hardware and the extra die size could potentially be due to the addition of AMD Infinity Cache.

The Navi 22 GPU will be featuring a 192-bit bus interface with up to 6 memory chips. Now, this is specifically for the top-end 146W TGP variant. The maximum Compute Units on the Navi 22 GPU is expected to be 40 or 2560 stream processors. 6 memory chips confirm either a  6 GB or a 12 GB capacity for the Navi 22 GPU based Radeon RX 6000M discrete graphics chips. It is likely that the top-end models would carry denser capacity memory chips for 12 GB as 6 GB is a downgrade over the RX 5700M series which already carries 8 GB VRAM. The lower end variants could end up with 6 GB capacities.

Interestingly, it is also reported that the AMD Radeon RX 6000M lineup based on Navi 23 GPUs will feature up to 5 memory chips across a 160-bit wide bus interface. That leads to a 10 GB or 5 GB memory configuration. These variants are also listed for a more conservative TGP figure of 135W, 110W and 90W.

Moving to the AMD Navi 23 GPU, Patrick himself stated that AMD was planning Navi 23 GPUs with TGPs of 65W, 80W, and 90W but that seems to have changed and we are now getting higher TGP variants even in the Navi 23 SKU lineup. 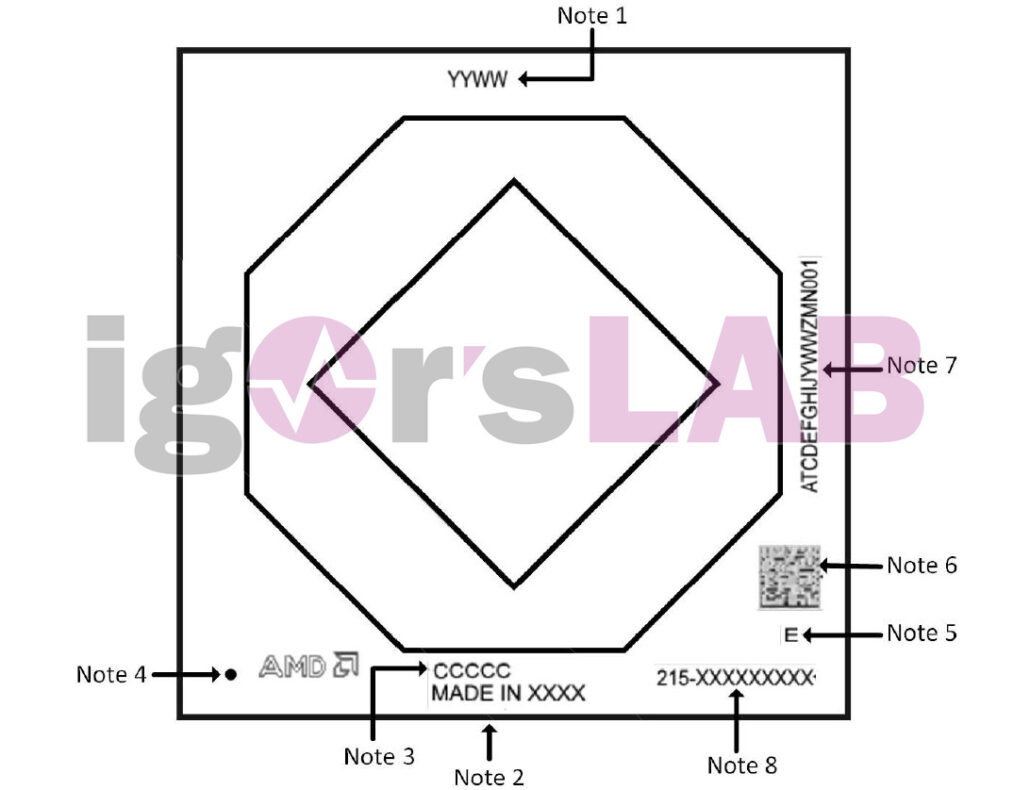 Igor mentions that official documents from manufacturers also list down 128-bit Navi 23 GPUs which would refer to a more standard 4 GB and 8 GB memory capacity. So it remains to be seen how the Navi 23 GPU lineup is finalized. 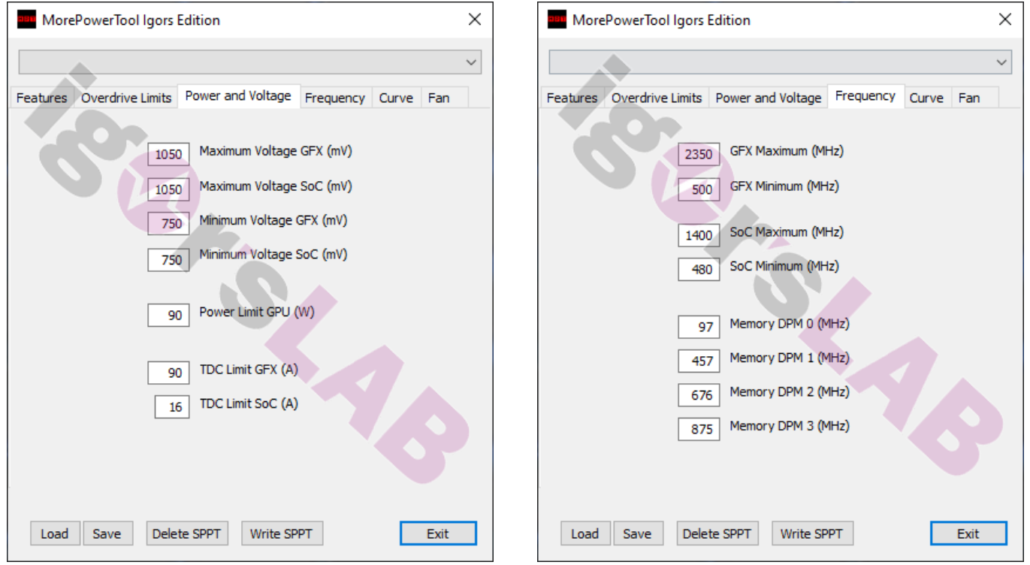 AMD is also testing at least two variants of the Navi 24 GPU. The Navi 24 XM GPU will have a cTGP (Configurable Total Graphics Power) ranging from 35W, 42.5W, and all the way up to 50W. Laptop makers will be deciding which TGP to select for their own designs. Premium models with improved cooling solutions should be utilizing the 50W variant.

We can expect AMD to compete directly with mainstream GeForce RTX 30 mobility GPU in the laptop segment. These models would be fully integrated on Lucienne and Cezanne based Ryzen 5000 gaming notebooks that are hitting shelves in the first half of 2021. Expect AMD's Radeon RX 6000M to be announced at CES 2021 along with the Ryzen 5000U / Ryzen 5000H mobility lineup.