The overclocked results of AMD's upcoming Radeon R9 290X graphic card have been unveiled by Chiphell forums. The card which would launch next week was overclocked to 1130 MHz and tested in various synthetic benchmark and results. 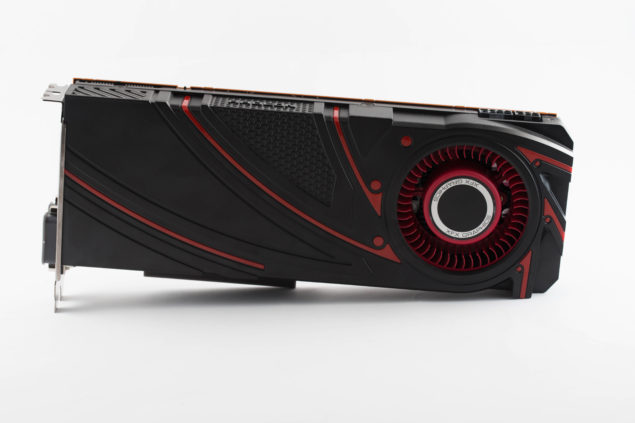 We have already got to see how well the card performs at 4K and Eyefinity resolutions against the similar priced GeForce GTX 780 but now we take a look at the overclocked performance which looks impressive. You can even see the CrossFireX performance results which were leaked just yesterday showcasing the impressive scaling with two of the Radeon R9 290X GPUs.

From previously leaked information, we know that the AMD Radeon R9 290X features the flagship Hawaii XT core with 2816 Cores, 176 TMUs and 64 ROPs. It has a 4 GB GDDR5 memory which operates along a 512-bit memory interface pumping out 320 GB/s bandwidth. The die measures at 438mm2 housing 6.2 Billion transistors which provide a theoretical compute performance of 5.6 TFlops. 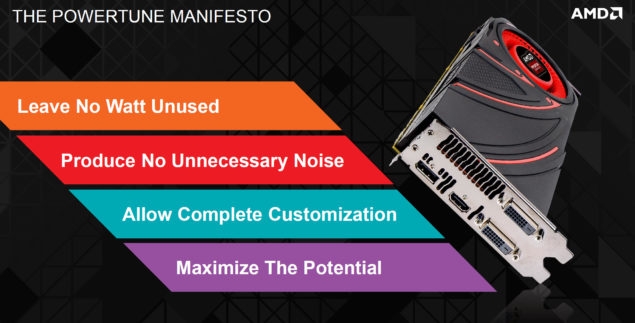 The forum member received his card from XFX which is a major AIC partner of AMD. The XFX Radeon R9 290X ships with the Battlefield 4 code and comes with the reference design which we have been looking at since the Hawaii event held last month. The member posted results with overclock of 1130 MHz max and uses various memory frequencies upto 1550 MHz. You may notice that the Radeon R9 290X runs at a stock memory clock of 1250 MHz which is due to the higher bus interface to pump higher bandwidth while keeping the clock speeds low.

To reach 6 GHz speeds, overclockers would have to crunch their way in since the memory modules don't offer much room for overclocking. In one specific benchmark, we even see the higher memory clock results performance degradation even when overclocked to 6200 MHz compared to the higher score obtained at 6 GHz. The main culprit here are the Elpida memory modules used which aren't much good at overclocking compared to Hynix chip hence it would be a though job for overclockers as stated above to get these chips running at 6 GHz and above: 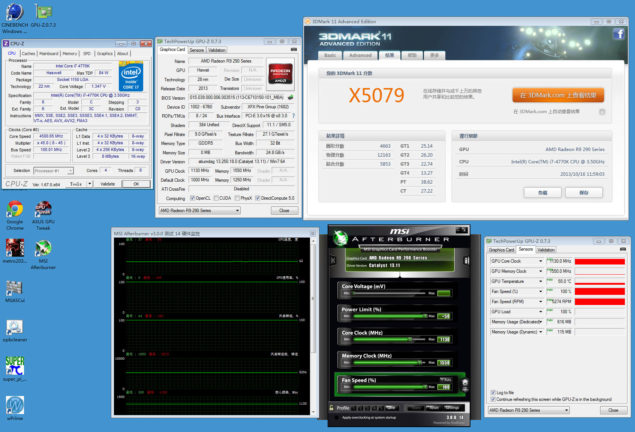 The most notable thing is that the card actually gets hot upto 93C in Furmark but in actual gaming titles it reaches only 55-70C which is adjusted by the new PowerTune 2.0 tech which we will detail in a few days. You can see the results for yourself in the pictures below:

Update - I re-checked the pictures and it seems like the fan was operating at 100% in all the test except Furmark by default. Judging by the blower fan design, the noise the card would produce would be unbearable and should be taken in account if it is to be compared against the GeForce GTX 780. 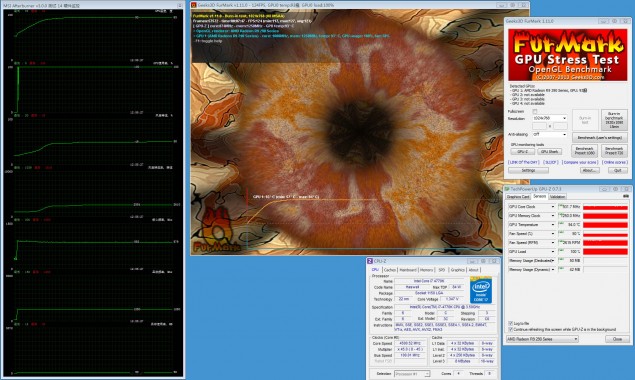 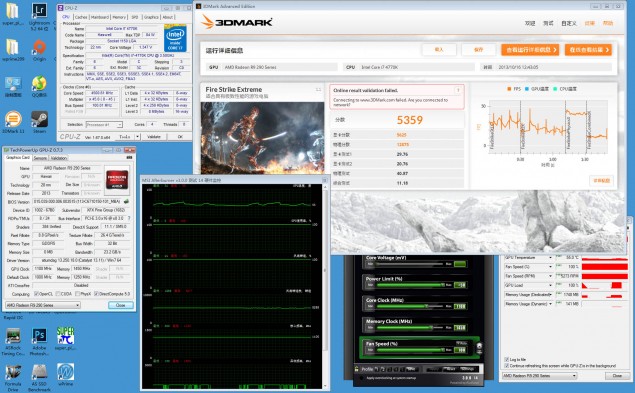 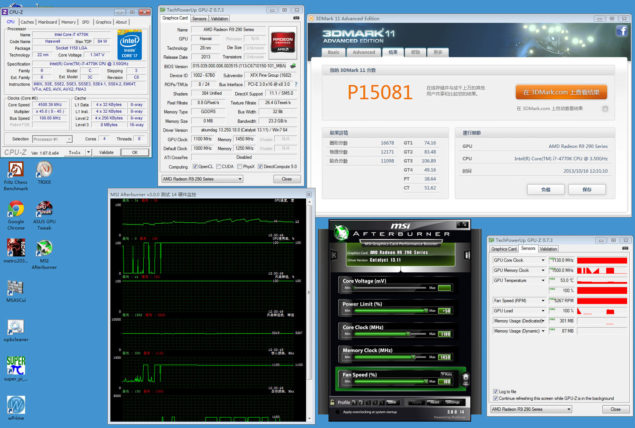 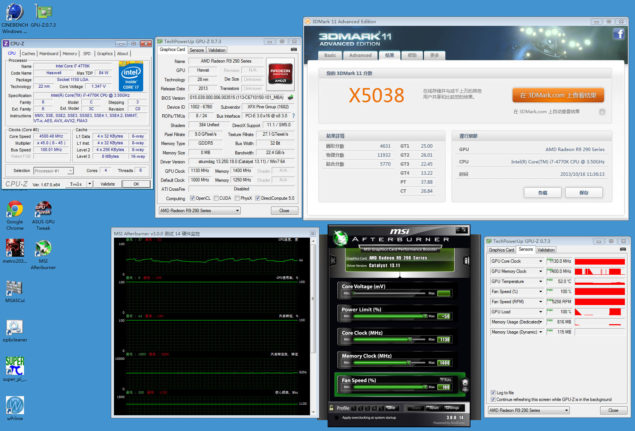 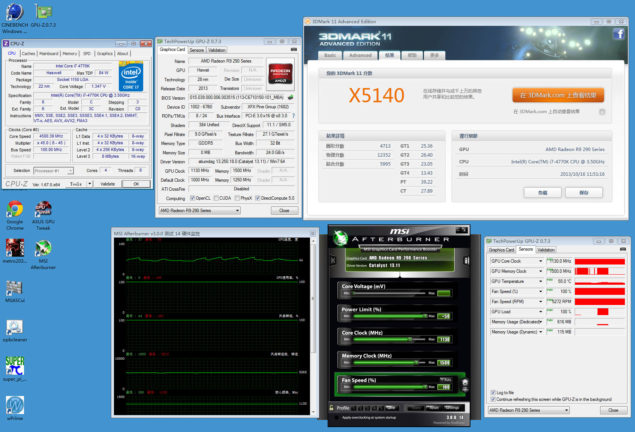 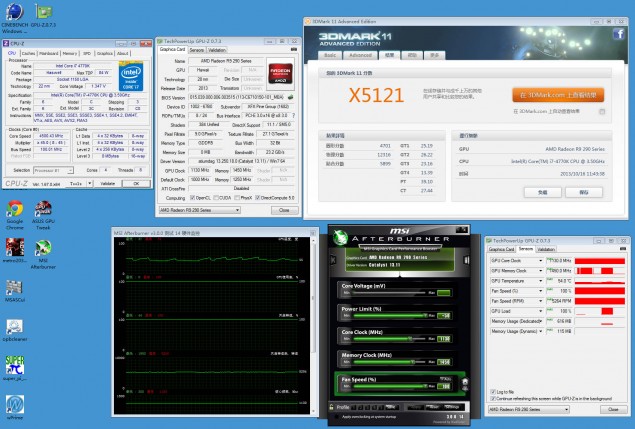 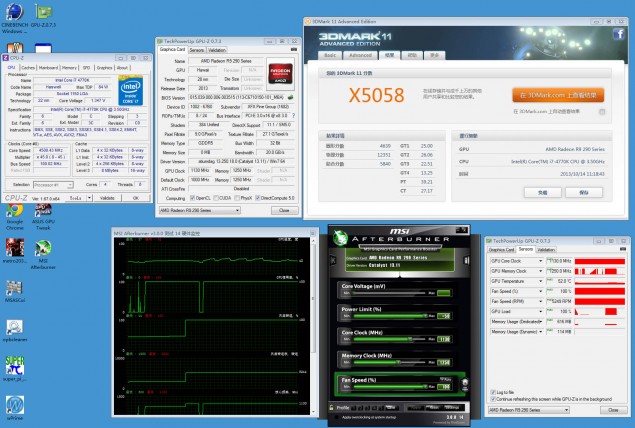 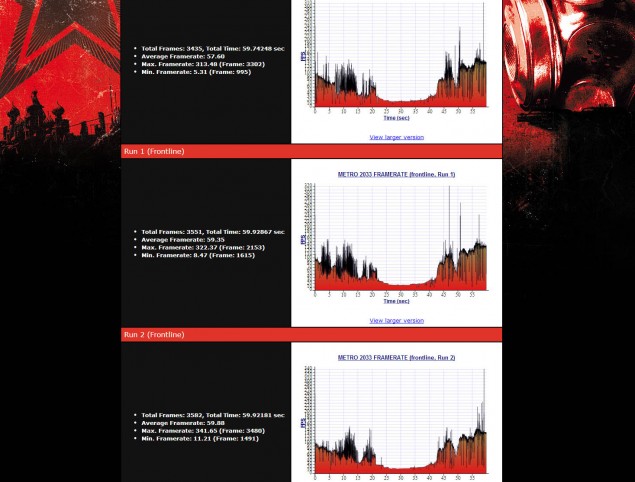 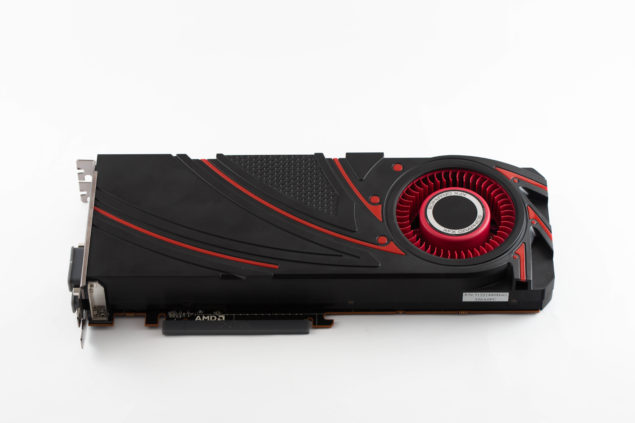 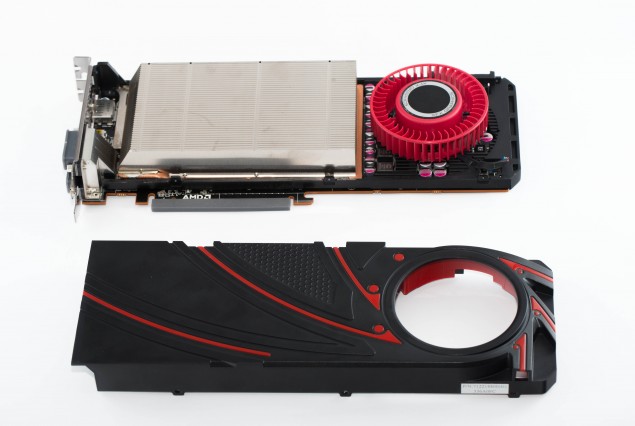 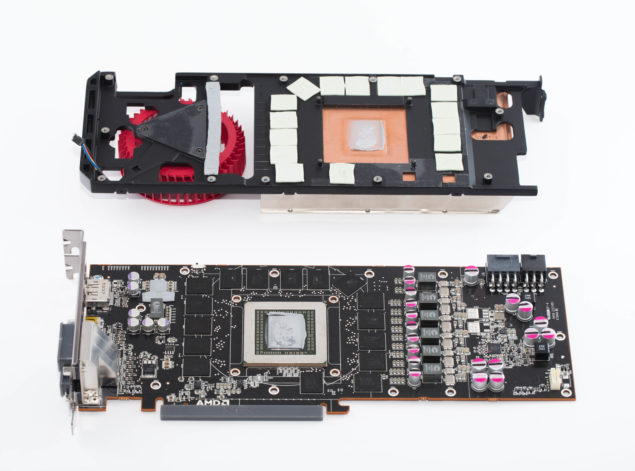 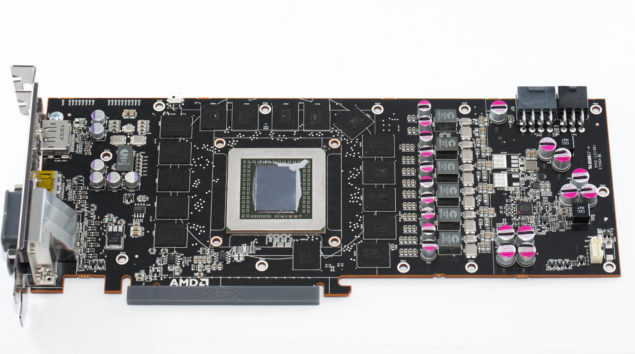