The AMD Radeon R9 290X performance results in both Uber and CrossFireX mode have been leaked by Chinese forums. AMD recently allowed tech sites to post 4K performance previews of two games which included Tomb Raider and Bioshock Infinite however some sites went ahead and leaked the entire 4K performance presentation that wasn't supposed to go live until the NDA was over on the Hawaii GPU.

From Legitreviews, who posted the 4K display performance charts of the Radeon R9 290X we came to know that the card operates under two modes. One is the Quiet mode at which the cards were tested at while the other is called Uber Mode which the Chinese site didn't provide any detailed information but shows that it gives a slight bit of a performance bump over Quiet mode so its probably some new Power and Performance management algorithm which would only be detailed once the reviews go live.

From previously leaked information, we know that the AMD Radeon R9 290X features the flagship Hawaii XT core with 2816 Cores, 176 TMUs and 64 ROPs. It has a 4 GB GDDR5 memory which operates along a 512-bit memory interface pumping out 320 GB/s bandwidth. The die measures at 438mm2 housing 6.2 Billion transistors which provide a theoretical compute performance of 5.6 TFlops.

The benchmarks previewed by AMD made it very clear that the Radeon R9 290X will have complete dominance over the GeForce GTX 780. Both cards would cost similar to each other so it seems like a clear win for AMD in this case but there's a report about a possible price cut on the GeForce GTX 780 which would take place in November to pave way for their next high-end GeForce GTX 780 Ti which is directly placed against the Radeon R9 290X. So it seems like the victory over NVIDIA would be short lived by AMD if the performance reports we are hearing about the GTX 780 Ti hold any truth. Anyways you can see the charts below to see the performance of the Radeon R9 290X in both Uber and CrossFireX mode:

Note - The wording on the slides was in Chinese so we couldn't translate the settings they used for testing but all games were tested at 4K resolution: 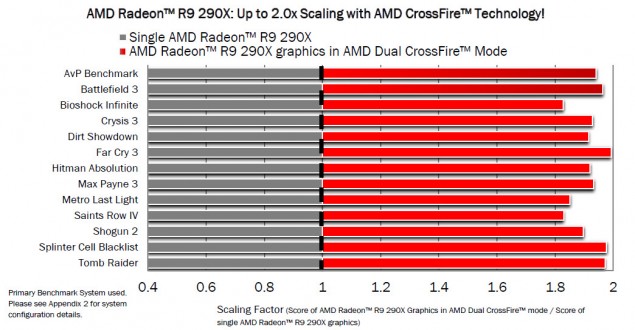 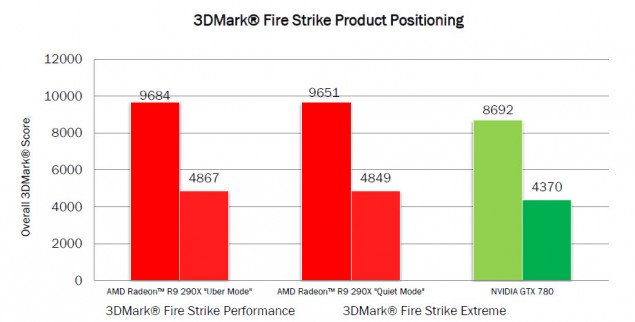 There's also this last slide the leaker posted on the forums which shows the CrossFireX scaling performance of the card which shows that the new CrossFireX DMA engine implemented on the Radeon R9 290 series as was leaked a while ago really does its job in dual-GPU functionality. Unfortunately that's all the information available on the net regarding the new graphic cards but i had a talked to a few board partners and they confirmed that the card would be on retail shortly after the reviews go live later this month. Following is a chart layout which is courtesy of PCTuning though they removed the charts and images much like the source where we got our information: 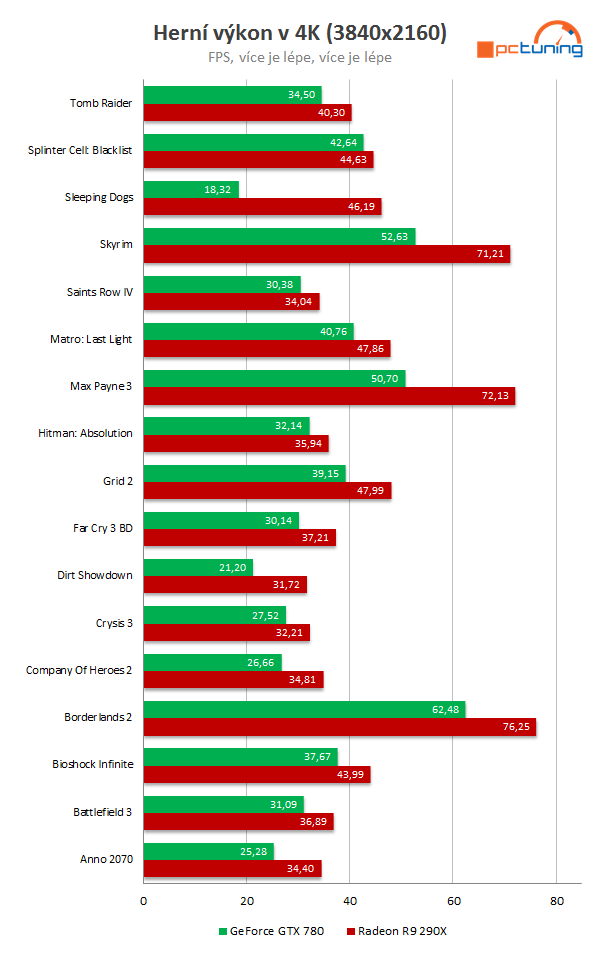