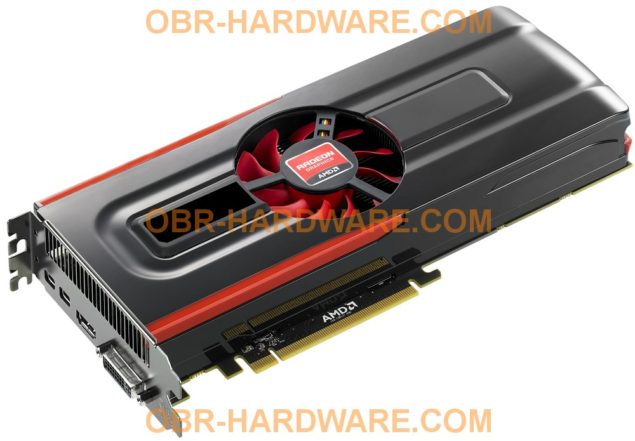 A GPU-z Screenshot along with a 3DMark 11 Benchmark result of AMD's Second 28nm Tahiti Core based graphic card - HD7950 have been leaked online. The GPU-z screenshot shows that the card is a model from HIS or PowerColor and runs at Factory overclocked settings. 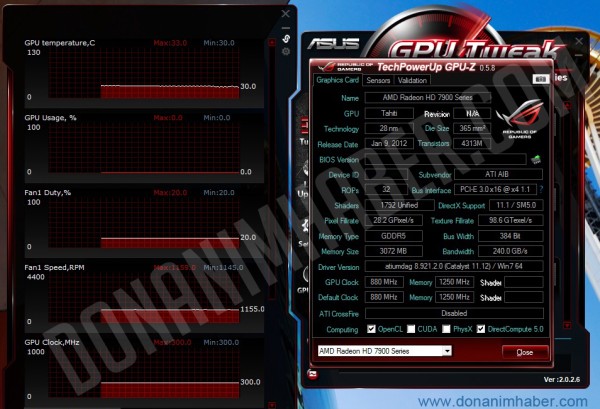 As expected, The card packs 1792 Stream Processors, 112TMU's, 32ROP's and a 3GB GDDR5 memory across a 384-bit wide memory interface running at 5Ghz Effective (1250Mhz) resulting in a total memory bandwidth of 240GB/s. The only difference is the Core clock which is set at 880Mhz which could suggest that the card is a Factory OC'd variant or AMD decided to pump the reference clocks to gain more performance. Other than this, A Benchmark result of the card has also been posted which you can see below: 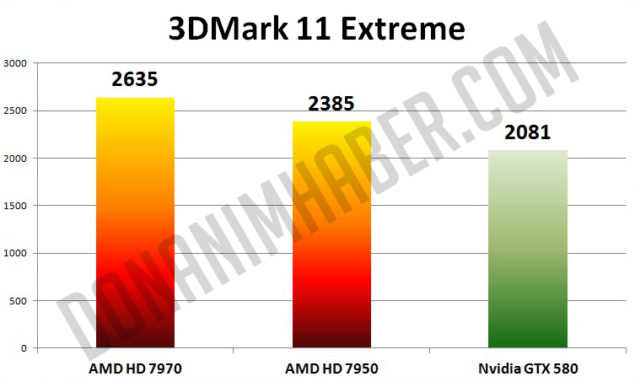