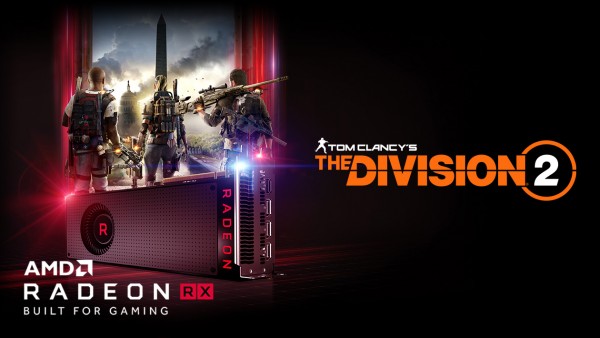 AMD has released its AMD Radeon Adrenalin 19.3.2 driver which adds support for DX12 in Windows 7 and offers optimizations for The Division 2.

Earlier this week, Microsoft announced that it has worked hard to offer support for its DX12 API in Windows 7. Blizzard’s World of Warcraft is the first game that allows Windows 7 users to use the API, and Microsoft has stated that its likely that more titles will support DX12 in Windows 7.

As said, the 19.3.2 driver also offers optimizations for The Division 2, which is being released today. In addition, the new driver also offers performance gains in Sid Meier’s Civilization VI: Gathering Storm for those using a AMD Radeon VII GPU.

Support For
•Tom Clancy’s The Division 2
•Sid Meier’s Civilization VI: Gathering Storm
Up to 4% average performance gains on AMD Radeon VII with Radeon Software Adrenalin 2019 Edition 19.3.2 vs 19.2.3. RS-288
•DirectX 12 on Windows7 for supported game titles
AMD is thrilled to help expand DirectX 12 adoption across a broader range of Windows operating systems with Radeon Software Adrenalin 2019 Edition 18.12.2 and onward, which enables consumers to experience exceptional levels of detail and performance in their games.

Fixed Issues
•Radeon ReLive for VR may sometimes fail to install during Radeon Software installation.
•Fan curve may fail to switch to manual mode after the manual toggle is switched when fan curve is still set to default behavior.
•Changes made in Radeon WattMan settings via Radeon Overlay may sometimes not save or take effect once Radeon Overlay is closed.

Known Issues
•Rainbow Six Siege may experience intermittent corruption or flickering on some game textures during gameplay.
•DOTA2 VR may experience stutter on some HMD devices when using the Vulkan API.
•Mouse cursors may disappear or move out of the boundary of the top of a display on AMD Ryzen Mobile Processors with Radeon Vega Graphics.
•Performance metrics overlay and Radeon WattMan gauges may experience inaccurate fluctuating readings on AMD Radeon VII.

The AMD Radeon Adrenalin 19.3.2 Driver can be downloaded right here.

Radeon ReLive Edition 17.10.1 is Optimized for Middle-Earth: Shadow of War & The Evil Within 2