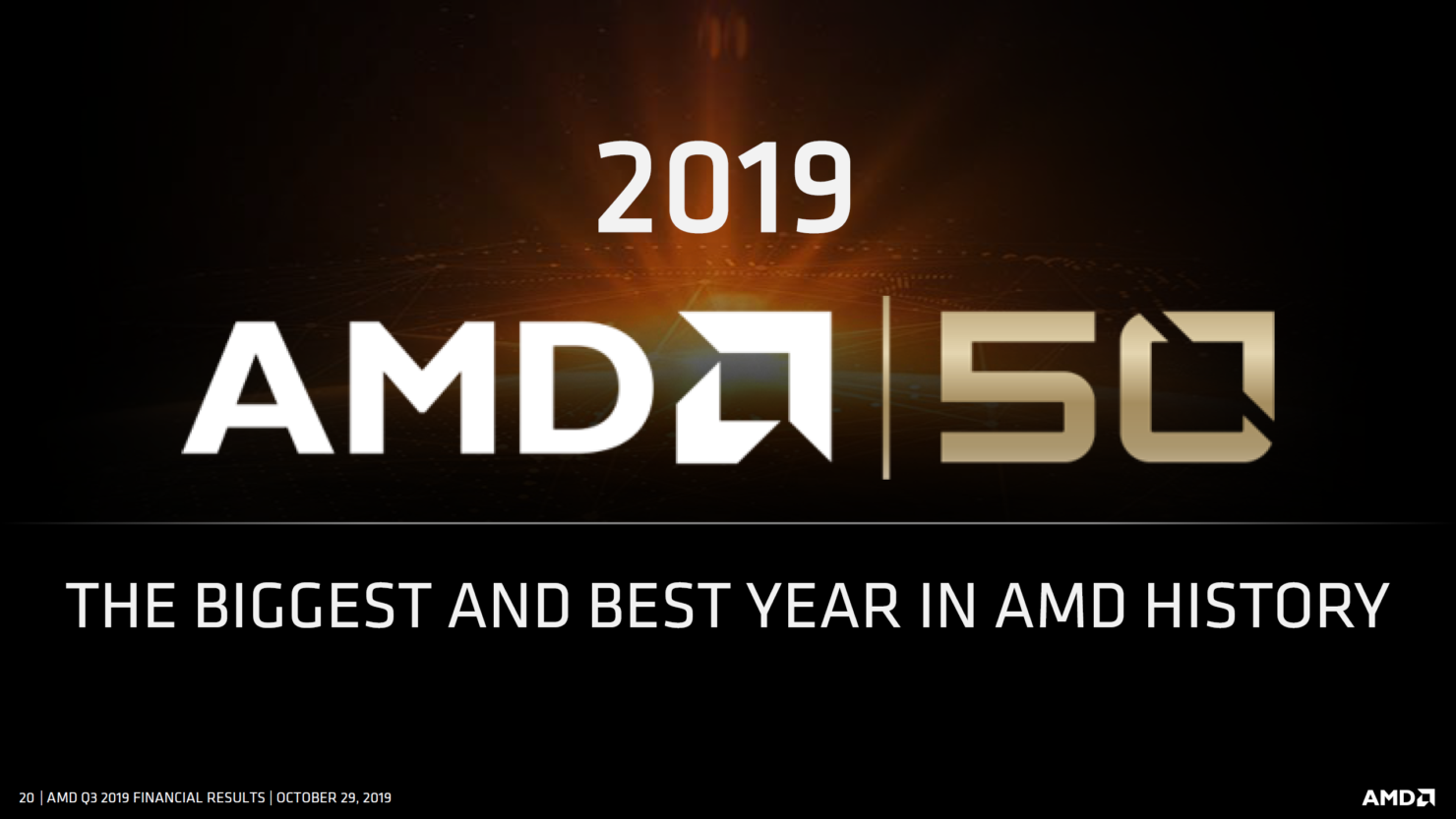 AMD has just announced its record revenue of $1.80 Billion in the third quarter of 2019 and also its highest quarterly revenue since 2005. This was the first full quarter of AMD's 7nm lineup, featuring their new 2nd Generation EPYC, 3rd Gen Ryzen and Radeon RX 5700 series Navi products, leading to a 9% increase in revenue from the previous year & an 18% revenue increase from the previous quarter.

Our first full quarter of 7nm Ryzen, Radeon and EPYC processor sales drove our highest quarterly revenue since 2005, our highest quarterly gross margin since 2012 & a significant increase in net income year-over-year,” said Dr. Lisa Su, AMD president, and CEO. “I am extremely pleased with our progress as we have the strongest product portfolio in our history, significant customer momentum and a leadership product roadmap for 2020 and beyond.

Dissecting the different markets, AMD's computing and Graphics segment revenue were $1.28 Billion, up 36% (Y/Y). The primary driver of these sales was the new 3rd generation Ryzen lineup which sold really well in both desktop and notebook segments. The GPU ASP increased year over year due to higher channel sales but saw a decline from the previous quarter due to higher mobile sales than the desktop parts. Operating income for the Computing and graphics department was $179 million compared to $100 million just a year back and $22 million in the previous quarter.

We have already seen major impact of 3rd Gen Ryzen processors in various markets where AMD has finally started taking control of major desktop and notebook PC market share. There have also been the same reports for AMD's EPYC lineup which is expected to hit the double-digit market share by the end of 2020.

AMD's enterprise, embedded and semi-custom revenue was $525 million, down 27% from the previous year and 11% sequentially. These were mostly due to lower semi-custom sales on the console front but EPYC was able to offset this due to stronger sales with the new 2nd Generation lineup.

It should be pointed out that most of the semi-custom chips are designed for consoles which include the Microsoft Xbox One, the Sony PlayStation 4 and their refreshed, updated variants. These console manufacturers are on the verge of introducing their next-generation products featuring AMD's latest Zen and Radeon cores so the slow down is expected as both console giants switch over to AMD's next-gen custom SOCs for their products.