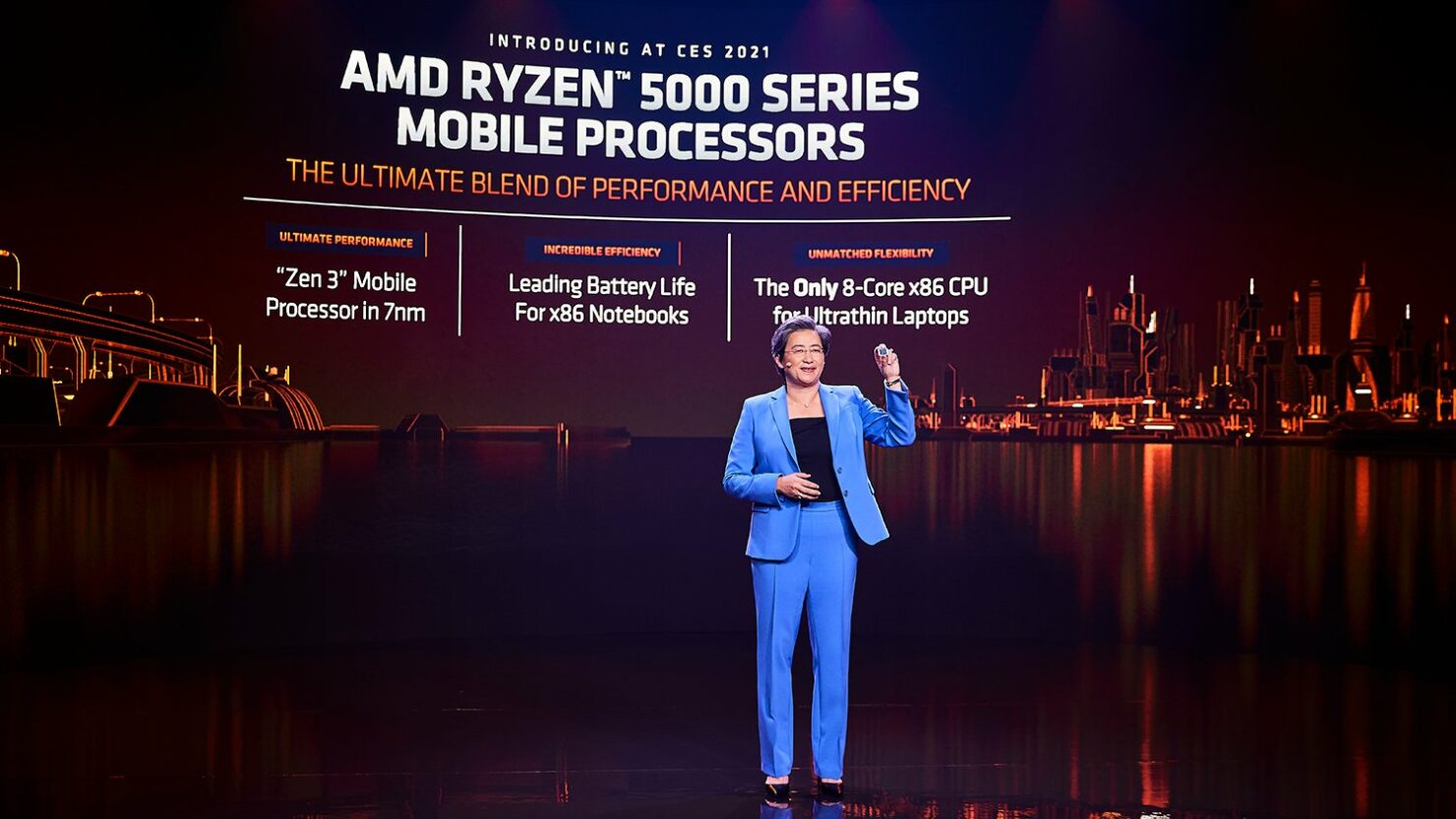 Chip designer Advanced Micro Devices Inc (AMD) has released its earnings results for the fourth quarter and full fiscal year 2020 - growing revenue sequentially and year-over-year on both counts. AMD, which earned $2.8 billion during its third quarter of 2020, has posted $3.2 billion in revenue for the previous quarter, marking a 16% sequential growth. For the full year, the company has posted $9.8 billion in revenue, for a staggering 45% growth to end a year that witnessed increased demand for consumer electronics due to remote working and educational demand enforced by the ongoing pandemic.

Today's results come on the back of consistent market share gains for AMD in both its central processing unit (CPU) and graphics processing unit (GPU) segments over traditional competitors Intel Corporation and NVIDIA Corporation, respectively. Several reports have suggested that 2020 was a good year for the Santa Clara designer, with the third quarter of 2020 marking for a 22.4% share of the market -  a record high since the fourth quarter of 2007, and before the company's latest Ryzen 5000 series of processors hit the market.

Similarly, in the GPU segment, the company had 23% of the discrete GPU market, for a 1% increase over the previous quarter but lower than the roughly 31% that it had held during the fourth quarter of 2019 and the first quarter of 2020.

Similarly, during the fiscal year 2020, the company had an operating cash flow of $1.07 billion and a free cash flow of $777 million, marking for 117% and 182% year-over-year growths respectively.

Operating Margins and Inventory Leave More To Be Desired

Moving over towards segmental results, AMD grew revenues in both of its Computing and Graphics and Enterprise, Embedded and Semi-Custom product segments. The former is responsible for the consumer end of the company's business and its enterprise GPUs and the latter accounts for revenue from products sold to corporations, including console manufacturers and server processors.

In Computing, AMD earned $1.9 billion in revenue during the quarter and $6.4 billion in revenue during the full year, with an operating margin of 21% and 20% respectively. Operating margin reveals the operating efficiency of the company, as it shows the percentage of revenue that remains in the company's coffers after it has accounted for the cost of manufacturing its goods and other costs including administrative and marketing.

An alarming figure revealed by the company during its earning report today is the amount of inventory that it currently holds. At the end of the previous quarter, AMD held ~$1.4 billion in inventory, up by $417 million from the year-ago quarter and $107 million sequentially, with the blue reflecting the new product cycles that the company is currently in. While the release does not provide details for the contents of this inventory, more will be clear once AMD releases its form 10-K to the Securities and Exchange Commission (S.E.C).

AMD's sales in Computing and Graphics reflect the post-pandemic market realities, as the company sold more mobile (notebook) processors than desktop processors during the year. Yet, during its fourth quarter, this reversed, with processor average selling price being higher due to a greater number of Ryzen desktop CPUs being sold.

As far as the PlayStation 5 and Xbox Series X and S go, their impact should also be present in the current quarter as AMD believes that, "Semi-custom SoC sales are expected to be better than typical seasonality in 1H 2021 based on current strong demand."

Finally, AMD has beaten its self-set expectations for revenue during the fiscal year 2020 by roughly $441 million. In its form S4 filed with the SEC last year as part of its ongoing acquisition of Xilinx Inc, AMD had provided revenue estimates for the next six years and in these, the company had stated that it expected to earn $9,319 billion in revenue in FY 2020.