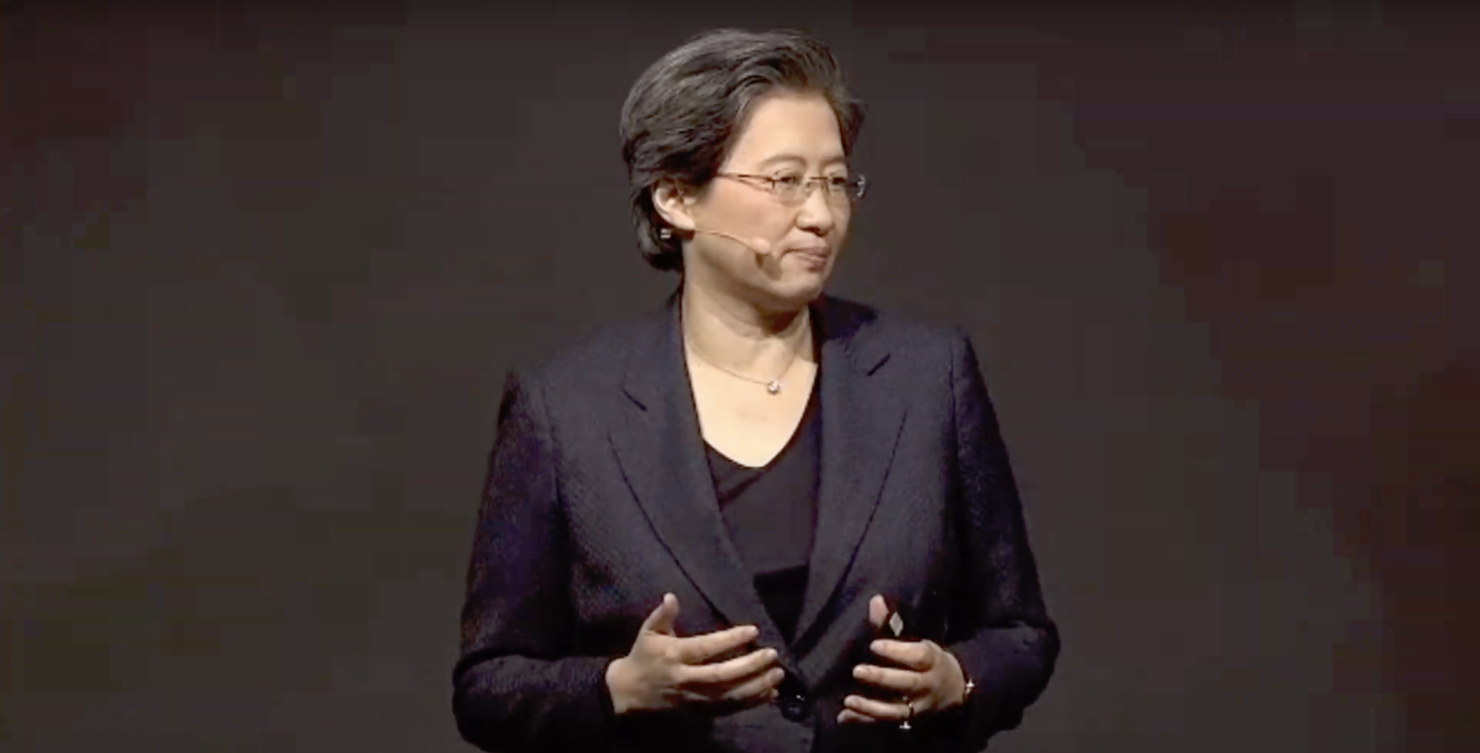 AMD's chief executive officer Dr. Lisa Su presenting at the Financial Analyst day 2020. Dr. Su and her team's decision to skip ahead to 7nm processors is one of the few masterstrokes of decision making in today's corporate world.

AMD is initiating a new invite-only program for company partners that sell commercial systems that include "volume incentive rebates." Two partnering leaders compare the program to what Intel currently offers but mention that AMD's focus is much larger and much more "aggressive." AMD intends to invest in these unique partnering organizations to succeed through business growth. In turn, AMD will reward those companies for their growth by AMD and the new program.

As stated in the headline, the AMD partners are VARs—a value-added reseller that adds features or services to existing products and resells those to end-users as a newer integrated creation or full solutions.

Online computer magazine CNR spoke with Terry Richardson, a veteran of Hewlett Packard Enterprises and North America Chief Channel Officer for AMD. Richardson explained to the online magazine that this new program is one of several benefits AMD plans to offer, beginning the first 2022. This exclusive benefits plan for partners includes personal computers utilizing the Ryzen processors and servers that use AMD's EPYC processors, including OEMs like Dell Technologies, HPE, and Lenovo.

Richardson continues to detail that the benefits and rebates that partners will receive also include training, sales, and marketing support from AMD to educate those resellers on the major differences between their product and their competitors, such as Intel.

If they choose to really understand and take the time to not only understand the AMD differentiation but start to aggressively position it, then there’s a reward.

— a statement from Richardson to CRN

The rebates that AMD plans to offer will be on an individual CPU foundation, meaning that if a partner sells more CPUs than another, they could then be placed in AMD's Elite and Executive tiers of the incentive program. The sales will be determined by each company's annual sales of AMD processor-based systems. The training and rebates that each company can receive will increase for any of the included processors in core counts, placing them higher in the stack.

When we presented the program and the 2022 proposed rebates for client and server, the feedback from the members of the advisory board was those are very, very competitive and very attractive.

What is interesting about what partners are saying about AMD's volumetric rebates for CPUs is that they are increasingly higher than Intel offers their partners. Rob Schaeffer, President and COO at Orange, California-based CBT, and who formerly operated on Terry Richardson’s team at HPE, remarks:

Rebate programs can heighten profits for enterprises that generally witness narrow sales margins with systems. With AMD’s CPUs being significantly competitive in Intel's offerings over the last several years, the rebates being offered to sweeten a potential partner become all that more enticing.

Any place that you can augment profitability, either at the company level, or the [sales] rep level, it makes a big difference, and when you combine it with a technological advantage, it’s a win-win for everybody.

The benefits of these rebates offered by AMD vary per company. Still, the rebates can potentially use them to invest in hiring more staff members and further education for the employees of a partnering company.

We have more engineers than salespeople, and we will continue that ratio, so that contribution to our profitability really helps.

AMD will also offer funds for market development and marketing programs in conjunction with AMD and entry to technologists and executives at the company.

It gives us a special community and a special connection to AMD, and in particular, to their executives, and to their technologists, that helps us stay ahead of the curve, so that’s critically important.

Terry Richardson notes that AMD is pushing to achieve a sizable index of undersized partners through the company's distribution channels.

We want as many data center- or client-focused solution providers as possible being aware of AMD and interested in selling AMD solutions to their customers. So we’re very aggressive with our distributors, and part of the program for them is to help us bring the AMD messaging capabilities to that very long list of VARs in North America.

The presentation of AMD's new partner incentive program comes over a year after AMD CEO Lisa Su told CRN for its December 2020 cover story that the chipmaker is narrowing the company's focus on specific partners, which she considered to be the organization's "biggest learning experience."

Now, AMD has employed Richardson to spearhead the program and previous Tech Data executive Marty Bauerlein to lead the VAR side of the business.

Richardson said the program, isolated from AMD's supply channel program, said the worldwide program is beginning with some of the biggest VARs and public arrangement suppliers in North America. Out of the around 500 accomplices absolute in the program worldwide, roughly a quarter are in North America, as indicated by Richardson.