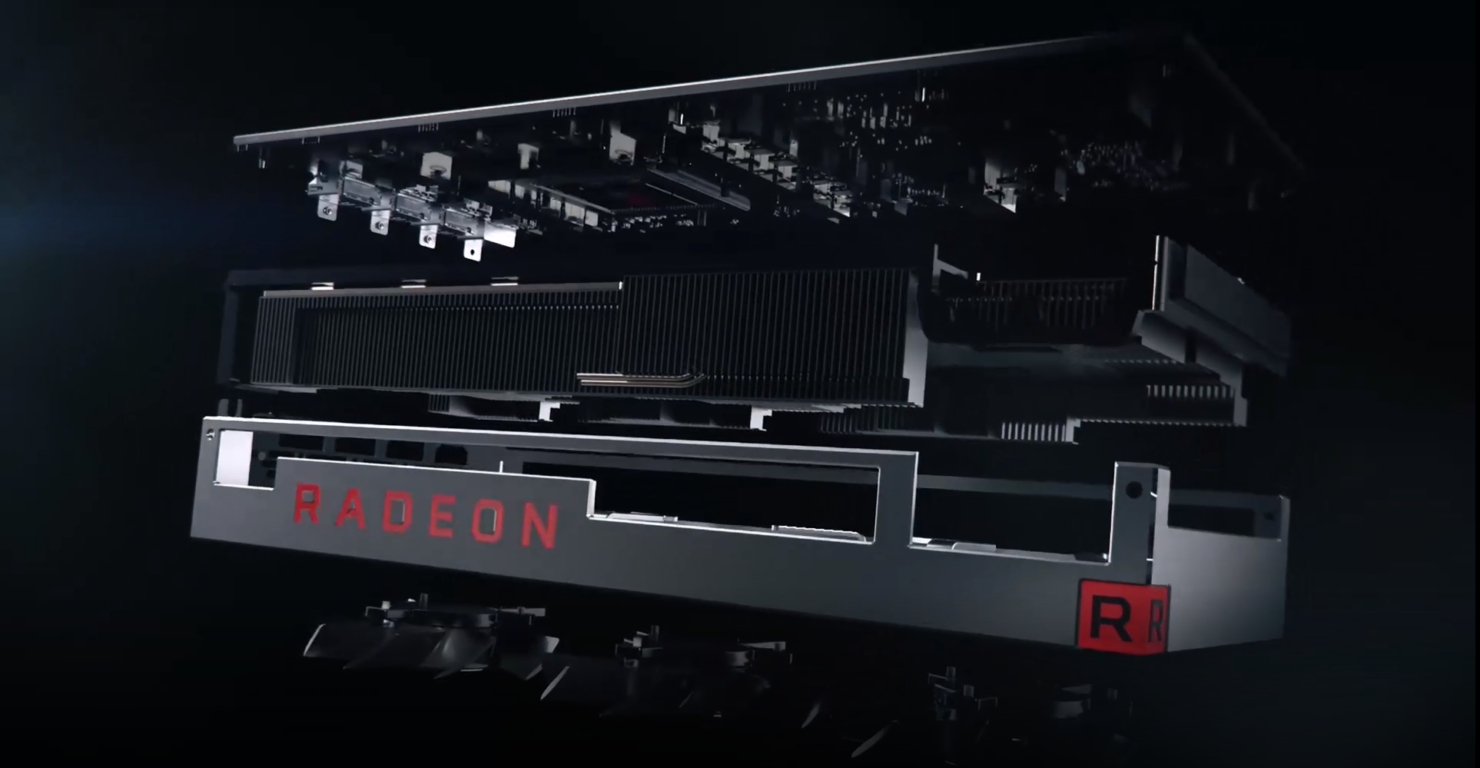 New rumors have emerged about the upcoming AMD Navi GPUs which have now been confirmed to launch in the third quarter of 2019. The latest rumors and speculation comes from AdoredTV & points to some new developments regarding AMD's next-generation GPUs along with a specs sheet of what is expected to come to the market later this year for gamers.

So there are a couple of rumors here to talk about and we will add our own theories as to what we expect of the AMD Navi GPUs and how they will be positioned. First up, let's talk about Navi 20, the flagship of the Navi GPU family. AMD's Navi 20 GPU being the high-end, enthusiast grade chip was always planned to be introduced after the mainstream Navi lineup. This part is going to replace the Radeon Instinct MI60 which is based on the 7nm Vega 20 GPU.

AMD Navi GPUs are designed on the same 7nm process node which is being used to build the new Zen 2 cores for AMD Ryzen and AMD EPYC processors. One major advantage of the 7nm process is that it delivers 1.6 times the density of TSMC's 10nm process node while offering 20% performance improvement and 40% reduction in power consumption.

Now the latest reports on Navi Instinct have been revealed by AdoredTV which mention that the series might be delayed to Q1 2020. Based on the Navi 20 GPU, the new Radeon Instinct featuring the Navi 20 GPU is meant to replace the Instinct MI60 which launched at the very end of 2018.

But it looks like we may only get more news related to the new series a whole year later, probably at CES 2020. AMD introduced their 7nm flagship graphics card, the Radeon VII at CES this year and is very likely that they will be introducing a high-end HPC/AI part next year, based on their new GPU architecture at the next CES event.

One thing we saw with the Vega 20 was that while AMD improved the clock speeds by a good margin, the overall power consumption wasn't as good as what the industry had expected from 7nm. The competition with its 12nm node fairs much better in terms of power and efficiency numbers compared to 7nm based Vega 20 and that's mostly due to the architectural side of things. We know from the latest reports that Navi is still built upon the GCN foundations and until that changes, much of the power and efficiency numbers will remain pretty much the same but with minor clock and IPC uplifts. 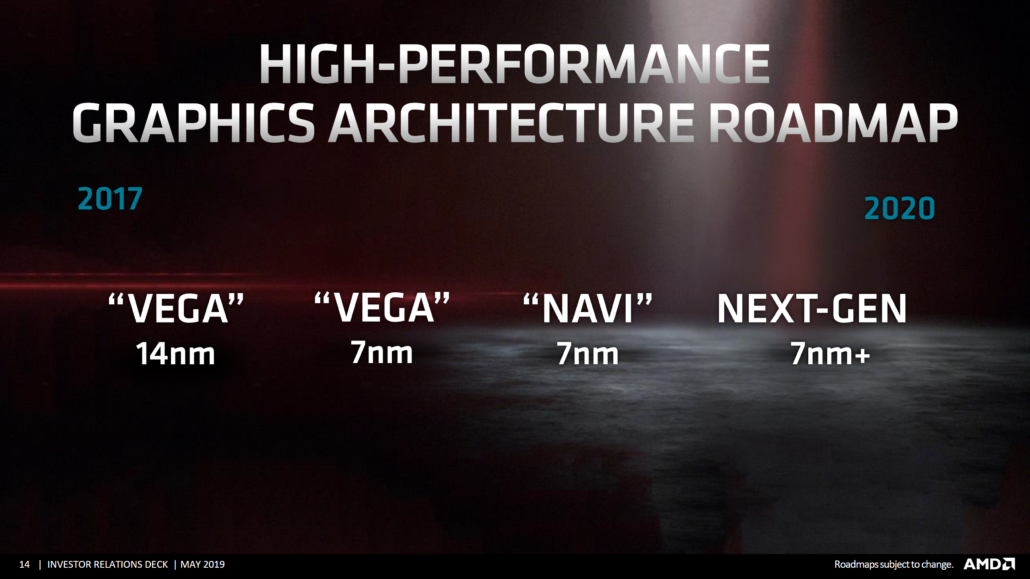 Navi is meant to be the last GCN based GPU design by AMD and as such, should be the most optimized version of the architecture we have seen to date with multiple improvements being delivered. However, the report says that early Navi samples are not even able to match Vega 20 clock speeds and the Navi GPUs which can meet the frequency targets are reportedly facing major thermal and power consumption issues. We heard similar rumors for the Vega 10 and Vega 20 parts before they launched and those rumors turned out to be very close to the truth when the cards finally reached consumers.

It may be possible that AMD is trying to uplift the performance by increasing frequency while sacrificing thermals and power efficiency. That is pretty much what Radeon VII was, but it's still much too early to say if that's the truth as the cards won't be available until next year.

Aside from the Navi 20 and Instinct card talk, there's also an updated specs sheet which is a followup to Adored's previously speculated specs which we covered here. The main update comes to the performance estimates, prices and TDP figures which are adjusted based on the new rumors that are covered within the video. 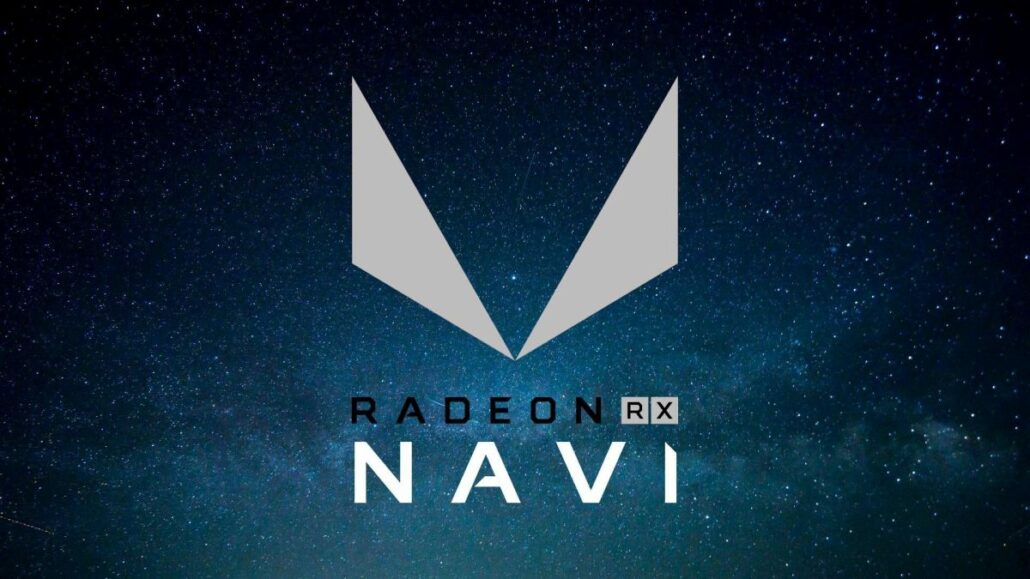 The source points out to the Radeon Navi lineup being termed as the Radeon RX 3000 series that would match the Ryzen 3000 series branding. It's definitely a great choice to brand both lines as 3000 series but considering what we saw with recent Radeon brandings such as Vega 64/56, AMD Radeon VII and Polaris based RX 500 series, that seems unlikely to happen. Maybe AMD will continue with Radeon RX 600 series or offer a whole new branding this generation too. Only time will tell.

Now I'd say it's nice speculation but I think the lineup is too close to one another to make sense. A Navi 12 GPU cannot at one point match a RX 580 and then suddenly be as fast as a Vega 56. Also, the TDP variation between 40 CUs (130W) and 32 CUs (75W) is way too much to make sense. Clock adjustments like the Radeon RX Nano can achieve these results but the performance doesn't make it sound realistic.

The Navi 10 parts are the ones that make a lot more sense but I don't think we are looking at such a high number of CUs on each part. The pricing makes perfect sense if AMD is trying to undercut the RTX 2070 at the same TDP. Moving on to the Navi 20 parts, we are once again looking at major differences with the 60 CU part actually having a lower TDP than the Navi 10 flagship.

Based on the current estimates and what Adored revealed during the internal power/thermal estimates, it is likely that AMD will once again offer their flagship in a 250W package while the variant below it will end up somewhere around the 210-225W TDP, not under the fastest Navi 10 part. Another interesting aspect that Adored uses to skew the power numbers higher in his updated specs sheet is that he is basing it off of the recently leaked PCB shot for an upcoming Navi based GPU with GDDR6 memory. The thing I want to elaborate here is that what we saw was an early engineering board. We have seen 8-pin solder points set out in PCBs before but actual retail models only feature an 8+6 or dual 6 pin configuration.

We know a few tidbits about the features the AMD Navi GPUs would support such as Ray Tracing which was recently confirmed to be a highlight on the next-gen Sony and Microsoft consoles which are utilizing AMD Navi 10 GPUs and Zen 2 based Ryzen CPUs. There was also talk about Variable Rate Shading being introduced on Navi GPUs as a bid by AMD to more modernize their Radeon graphics card for the mainstream market. I think all of this is very interesting speculation but nothing over here is confirmed until AMD's official reveal at Computex 2019 just weeks from now. 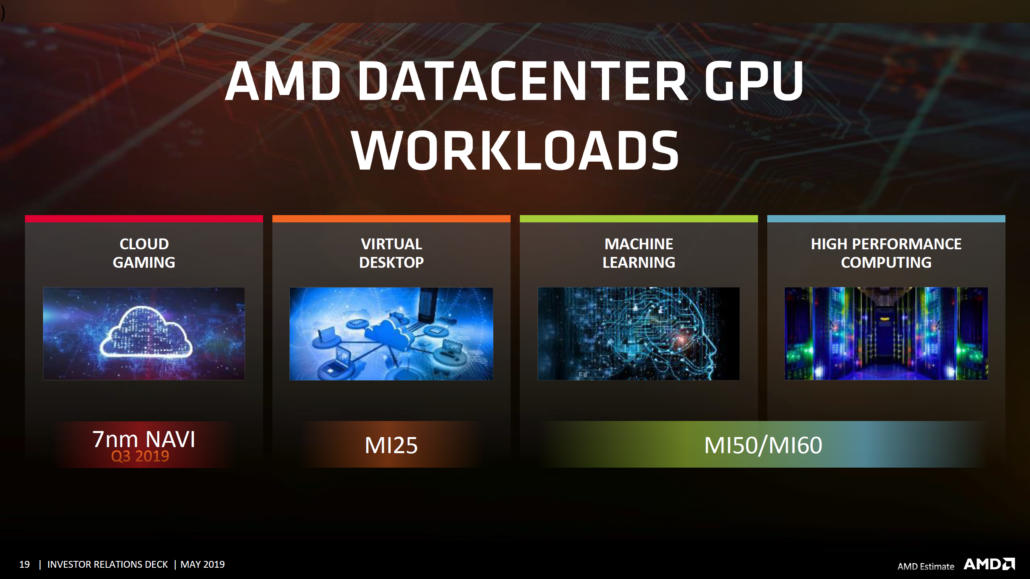 The more interesting thing came in light this week in the AMD50 investor presentation which confirms that a Datacenter variant of the Navi GPU, aimed at Cloud Gaming platforms, will be ready by Q3 2019, the same time consumer based Radeon Navi GPUs are expected to launch. These cloud gaming Navi GPUs are definitely not replacing the higher-end Instinct parts as it is listed along with them but it shows that AMD wants to maximize Navi GPU markets and are doing a really good job at expanding its adoption by landing in major deals from Cloud Gaming providers and also securing deals for SOCs based on AMD Zen 2 CPUs and Navi GPUs for Microsoft's and Sony's next-gen consoles.