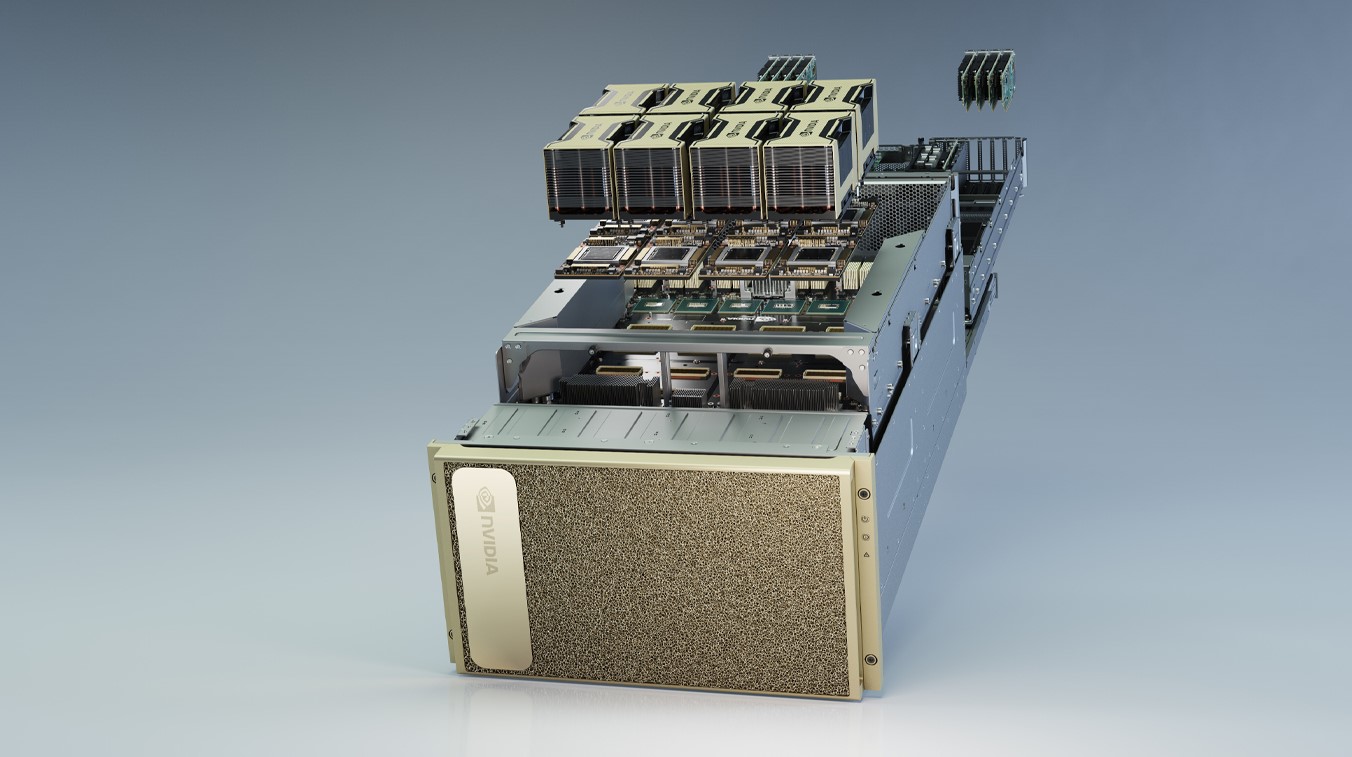 NVIDIA has unveiled the GA100 GPU, their first and also the world's largest 7nm chip based on its next-gen Ampere GPU architecture. Featuring 20 times the performance of its predecessor, the Volta GPU, Ampere ushers in a new era of high-performance computing, being the first GPU in the world to deliver a peak compute power of greater than 1 Peta-Ops per second for AI/DNN.

NVIDIA Unveils The Worlds Largest 7nm GPU, The Ampere GA100 GPU - Powering The Tesla A100 With 54 Billion Transistors and Up To 96 GB Undisputed & Fastest HBM2 Memory

Powered by the next-generation Ampere GPU architecture, the Tesla A100 is an impressive board for the HPC market. The first thing that we have to talk about any HPC GPU is its specs & Ampere is a monster of a chip. NVIDIA went all out with  7nm process node, making GA100 the largest 7nm chip in production but that's not all, it's also the most advanced and feature-pack chip in the industry as of right now.

The Ampere GA100 GPU is once again based on a bleeding-edge 7nm process node and has a gargantuan count of 54 Billion transistors packed within it. The chip is expected to pack 128 SM units, equalling a total of 8192 CUDA cores. That alone is a 50% increase in the total number of cores. For memory, we are looking at six HBM stacks that point out a 6144-bit bus interface. The memory dies are definitely from Samsung who has been NVIDIA's strategic memory partner for HPC-centric GPUs. 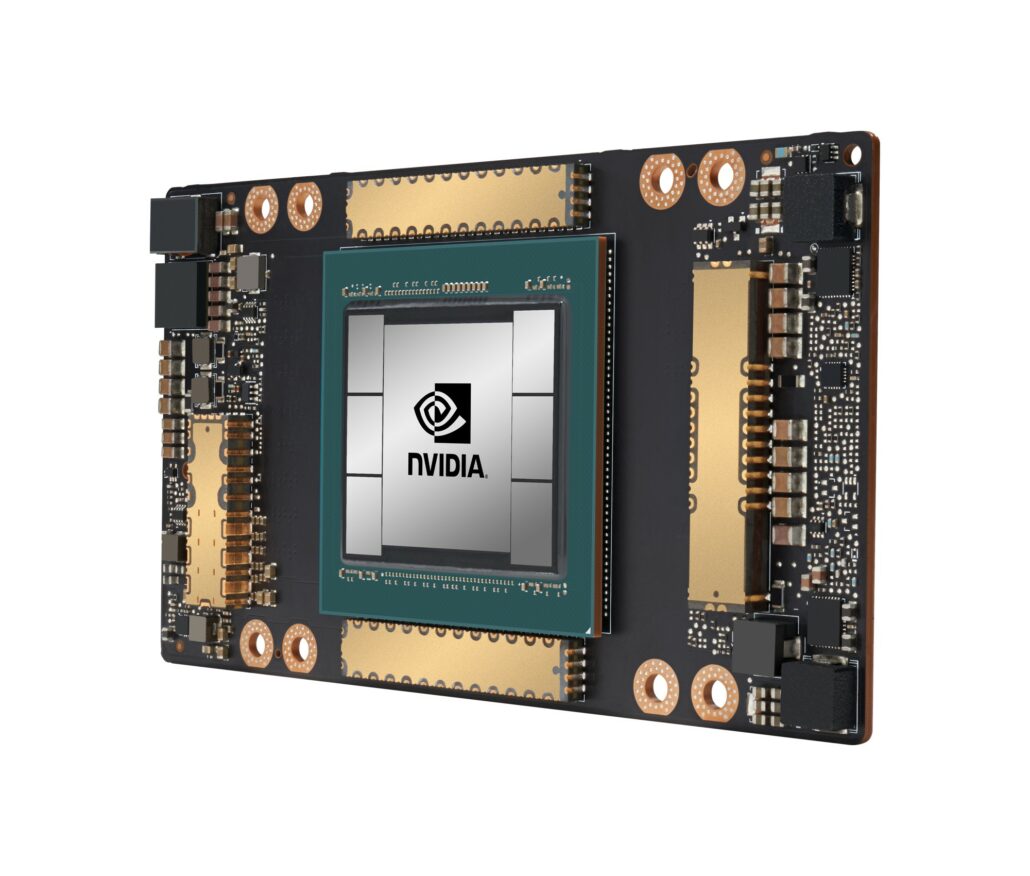 Samsung has recently announced its HBM2E DRAM which features 16 Gb dies. Depending on the height of the stacks, NVIDIA could offer anywhere from 48 GB (4-hi) to all the way up to 96 GB (8-Hi) which is just insane amounts of VRAM compared to the existing Tesla V100 which maxes out at 32 GB. The HBM2E stacks also deliver increased speeds of up to 3.2 Gbps, allowing for up to 410 GB/s bandwidth or 2.5 TB/s bandwidth or even faster if NVIDIA decides to go for the 4.2 Gbps dies that will result in 3.2 TB/s bandwidth for the entire chip which is an amazing technical feat.

In terms of performance, the Ampere GA100 GPU delivers 1 Peta-OPs which is a 20x increase over the Volta GV100 GPU. The double-precision performance is rated at 2.5x higher over NVIDIA's Volta GV100 GPU which should end up somewhere around 20 TFLOPs FP64 since Volta features around 8 TFLOPs FP64 compute power. This would mean that the single-precision performance is rated at over 40 TFLOPs (FP32) which would be mind-blowing for the HPC segment.

NVIDIA's Ampere GA100 also features a new Tensor operation compute indicator known as Tensor Float 32 or TF32 which is based on the 3rd Generation Tensor Cores, offering higher AI/DNN core output. The Tensor cores also natively support double-precision compute which allows the GA100 GPU to hit a 2.5x performance increase over its predecessor. As of right now, nothing from the competition that has been announced comes close to this beast.

Finally, NVIDIA will be announcing its next-generation DGX-A100 system which Jensen Huang teased a few days ago. The DGX-A100 will deliver 5 Petaflops of peak performance with its six Ampere based Tesla A100 GPUs. 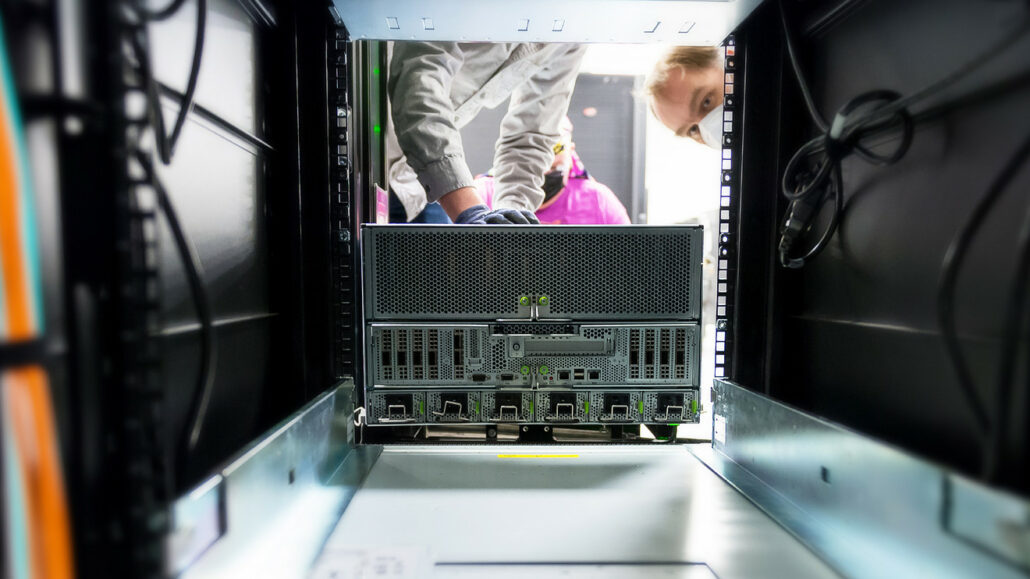 The system itself is 20x faster than the previous DGX based on NVIDIA's Volta GPU architecture. The reference cluster design features 140 DGX-A100 GPUs with a 200 Gbps Mellanox Infiniband interconnect. The whole system is going to start at $199,000 and is shipping as of today.